Launched in South Korea in 2016, Block.io is a wallet that provides services that allow its users to transfer and manage some of the major cryptocurrencies like Bitcoin, Dogecoin and Litecoin. 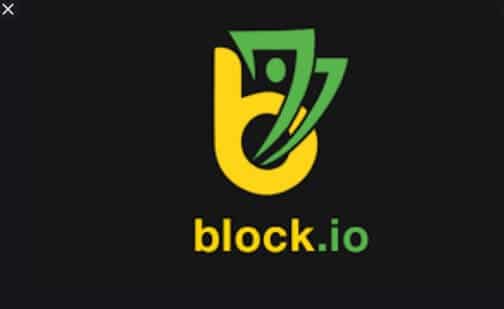 Block.io is not our recommended wallet. Continue readiing to find out what are the best wallets on the market.

Block.io wallet is a crypto wallet launched in South Korea in 2016. It was funded by Samsung SDS. It only supports Bitcoin, Dogecoin and Litecoin.

Developers like their free API. However, most of their users are not satisfied with their services. Many have reported that customer support is close to non-existent. Some also reported that there is a problem with their login page.

These reports prove that Block.io wallet is not a safe crypto wallet. Thus, we would not recommend it.

Details about its negative features are listed below. Tips on how you can get a safer crypto wallet are also outlined below.

Visit Site
75% of retail investors lose money when trading CFDs with this provider.

Is the Block.io Wallet Recommended?

Block.io comes with features any typical crypto wallet would have which is great but that is not enough. Having done proper scrutiny of the wallet, we would not recommend it. There have been various negative reports about the wallet which should be a cause for alarm. Some users say that the wallet does not have customer support at all. That means that you will hardly get a reply to your queries. Another user complained about failure in authentication even after keying in the right password.

When your funds are at stake, support is very crucial. You should look at a great platform like the eToro wallet which has great customer support. Customer support can be done via a live chat, automatic question/answer tool or you can get a support ticket for intricate issues. eToro has a lot of other features that make it a sought after solution by many cryptocurrency fanatics.

If you still have doubts as to what the best service for storing your cryptos is, you can compare the best cryptocurrency wallets here.

What is Block.io Wallet?

Block.io is a platform that provides services that allow its users to transfer and manage some of the major cryptocurrencies. To access their services you need to have a registered wallet on their platform. They also provide APIs specifically for developers so they can develop their own wallet and integrate them into an application.

It was launched in South Korea and got funded by Samsung SDS. It was introduced to the public in 2016. Also, it has received greater acceptance from developers who leverage their free API.

What wallet type is Block.io ?

What cryptocurrencies does the Block.io wallet support?

What fees does Block.io wallet have?

The following figures present the average fee users must pay for the network fee:

Step 2: On the home page, click on the signup button on the top right of the screen.

Step 3: Type your email and password in the registration form.

Step 4: Login and set your pin in the window that appears.

Step 5: Make sure you back up the secret mnemonics that will be provided.

Do so by copying it to your device’s clipboard and then paste to a text document and save.

You can now send, receive and manage your crypto funds on Block.io wallet.

How do I add cryptocurrencies to Block.io Wallet?

Step 2: Once someone has sent you funds, wait for the payment to arrive at your wallet.

Time taken for the cryptocurrencies to reach your wallet will vary depending on the amount. Higher amounts will be given more priority and will tend to be processed quickly.

How to send payments on Block.io wallet?

Step 1: On your wallet page, look for the “Send” button and click on it.

Step 2: Paste in the address you want to send payments to.

Recheck the details to make sure you do not put an invalid address.

The process of sending Bitcoin, Dogecoin or Litecoin on Block.io is the same.

How do I receive payments on Block.io wallet?

To receive payments on Block.io:

Step 1: Click on the QR code icon on your wallet page.

Step 2: A popup window will appear displaying the QR code and the wallet address.

You can  scan the QR code to generate the wallet address or copy the address itself.

Step 3: After copying the address or scanning the QR code, you can now send the address to the intended party.

Step 4: Wait for the payment to reflect in your balance.

Always enquire from the senders whether they have completed the action so that you can know when to follow up in case the funds do not reach your account.

How safe is Block.io Wallet?

Block.io has put in place a number of security measures to ensure the safety of funds belonging to its users. Take a look at some of them:

With the default setup, two keys are needed for any transaction. One is held by the platform and the other is held by the user. During withdrawals, these two keys are used to authorize payments. Multiple signatures have a greater security advantage than single-signature. Block.io has taken it a step further by allowing users to add four more keys if they want.

Distributed trust (dTrust) framework is a feature that lets users do custom configurations for their addresses. How does dTrust enhance security? A user is allowed to add up to 4 keys to the key provided by the platform, which makes a total of 5 keys. You can then choose to keep the keys on whatever media, machine or service you want such as escrow. You can customize the key requirements in any way you prefer.

A backup of user accounts which are usually encrypted is done every hour on cloud servers which are spread over four continents.

Frequent security audits are performed by experts who try to assess vulnerabilities before they are discovered by malicious parties. Account audits can be done as well via the blockchain. A user can verify the preciseness of account balances using a blockchain explorer.

Block.io has adopted great security measures as you have seen above. But that does not guarantee the total safety of your funds. One thing that is certain is that the platform is not regulated and that presents a huge safety risk.

Here are the Block.io wallet pros and cons at a glance:

Wallet vs. other wallets – how does it compare?

We’ve found customer support services to be much more efficient on eToro than they are on Block.io. On Block.io, whenever we contacted them, we received a response after several days, if they responded at all. The variety of ways in which customer support can be contacted is also limited. At eToro, staff is a lot more responsive and we’ve found them to be very well-trained, helpful and professional in responding to queries.

While Block.io is an unregulated platform, eToro is regulated by some of the most trusted regulatory agencies in the industry, such as CySec. The fact that is regulated should be a reason to trust it because it means that there are agencies monitoring how it operates. Platforms like Block.io on the other hand, are not monitored by anyone.

Block.io can only be accessed via a web browser while Uphold wallet supports both web and mobile which users might find more convenient.

Block.io gives users the ability to send, receive as well as store funds in their wallet. When it comes to Uphold, they have a variety of services such as sending, receiving and conversion all in one platform. On Uphold, users can also buy digital currencies using fiat currency of their choice.

Litevault only supports Litecoin. On the other hand, Block.io supports not only Litecoin but also Bitcoin and Dogecoin. Both of them basically only work as storage platforms and cannot accept fiat deposits.

Since both of them are hot wallets, they are more vulnerable to attacks than offline options. To secure its users’ funds against potential loss, LiteVault encrypts private keys in-browser so as to ensure no one can access accounts. However, some Block.io users have reported that they cannot access their accounts which, in turn, made them lose their funds.

Entrusting hard-earned funds to an online crypto wallet is considered risky by many. This is due to the fact that many of these platforms are not regulated. After carefully examing the Block.io wallet and other available crypto wallets, we have found that eToro truly stands out since it is regulated by various regulatory bodies. This poses a lesser risk to its users and makes it a trustworthy choice.

Visit Site
75% of retail investors lose money when trading CFDs with this provider.

Block.io has not yet come up with its own app. It can only be accessed through the web.

Where can I get the private keys for my account?

What does it mean when the payment sender says the address you provided is invalid?

When such an error message occurs on the sender’s side, this means that the sending service does not support MultiSig addresses.

If I forget my secret PIN, can I recover my coins or account back?

During the time of signing up, you were provided with a secret mnemonics. Retrieve it and head over to the settings whereby you will be able to set a new pin. If you don’t have the secret mnemonics, there is no way to recover your coins or account.

Is it possible to exchange between different altcoins?

Block.io is only limited to sending and receiving payments. But there are platforms out there that specialize in the exchange of altcoins.

Why do I have to pay network fees?

Block.io does not charge you any fees. Network fees are just part of the Bitcoin, Litecoin, Dogecoin design. Without network fees, operations would not carry out properly.

The platform does not support buying and selling of cryptocurrencies using fiat currencies.