The Armory wallet is an open source, cold wallet designed for Bitcoin that supports the multi-signature system for a safe and easy to use user interface. 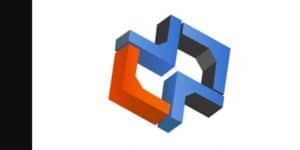 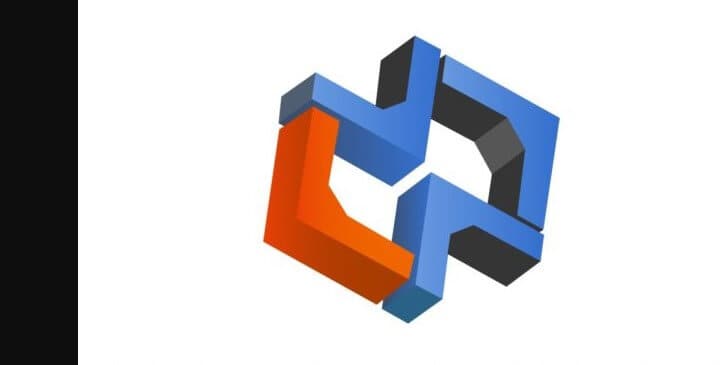 Armory is not our recommended wallet. We believe there are better storage platforms. Keep on reading to find out recommended ones.

Armory wallet is one of the oldest cold storage systems for Bitcoin. The BTC-only wallet allows you to store your Bitcoins away from prying eyes of hackers and scammers. This wallet has been one of the safest and most popular options for people who want to keep their BTC funds safe in an open source, cold storage wallet that provides offline functionalities too.

In this review we have investigated this wallet’s fees, pros, cons and features in depth, and have found, however, that whilst Armory Wallet is a reasonable service, there are better options for storing crypocurrencies, which offer higher security and better rates. One of such services is the eToro wallet. Read on for a full review of this wallet, as well as an explanation of why we would recommend other providers.

❌We would not recommend the Armory Wallet as the best option for storing cryptocurrency. Although it provides top-end security features such as cold storage support, this wallet lacks two-factor authentication and is very difficult to set up. It is also unavailable on mobile which is very inconvenient and is unregulated, meaning that it could still be prone to hacks and your funds could be lost. The eToro platform is a much safer service, possessing several financial authority licenses, counting with 6 million users around the world and offering an easy-to-use, beginner friendly interface with an app for buying, sending and receiving crypto on the go.

If you still have doubts as to what the best service for storing your cryptos is, you can check out our guide to the best Bitcoin wallets for 2019.

What is Armory Wallet?

Armory is an open source, cold wallet designed for Bitcoin that supports multi-signature for a safe and easy to use user interface. The wallet comes with advanced security features and can be downloaded on a variety of desktop operating systems. It allows users to create multiple wallet addresses and provides password-protected fund transfer facility to the users. All private keys are secured offline.

What wallet type is Armory Wallet?

What cryptocurrencies does Armory Wallet support?

What fees does Armory Wallet have?

A user is charged only network fee.

Getting Armory to work requires patience and has numerous steps to follow. To get Amory and set up your account, you will first have to visit their website bitcoinarmory.com. From here, you should click on the download button. On the next page, you can select your operating system and download the relevant link.

Here is what to do next-

To create an offline backup, you can create either a paper backup or a digital backup on a USB drive that has never been connected to the internet. You can also create a watching copy for an online machine from where you effectively monitor your funds without ever losing access to your coins.

How do I send and receive cryptocurrencies on Armory Wallet?

Once you have created your new Armory wallet, go ahead and start making transactions.

How safe is armory wallet?

Armory wallet pioneered the concept of cold storage back in 2011. They have aced the security game since then. The wallet currently provides multi-signature support to its users and provides decentralized lockboxes as well. This helps in providing the user’s full access to their private keys instead of storing it in some company-owned servers.

The wallet allows users to make a passphrase for accessing their funds. This provides an extra layer of security to the users. While it helps you in storing all your funds offline, it also allows you to avoid any attacks. Armory comes with highly sophisticated wallet encryption. It comes with the Glacier Protocol, one of the most robust cold storage systems for BTC.

Just like its peers, Armory wallet has its own set of pros and cons. Here is a list of reasons why it could/could not be the right option for you.

Armory Wallet vs. other wallets

Armory holds up its own against other Bitcoin wallets, thanks to its advanced security and enviable encryption system. Here is how it performs in comparison to other wallets.

Our eToro review shows it is another popular digital currency wallet that allows users to store multiple cryptocurrencies. It doesn’t have a tedious onboarding process, doesn’t require email verifications and doesn’t depend on passwords. The wallet comes with a seed backup function, helping you restore your wallet if the device is lost or damaged. It is also available for mobile and has browser extensions too.

Armory lacks the features of eToro. There is no mobile application or browser extension, and it demands the users to download the entire BTC blockchain which could be a tiresome process. It doesn’t have any integrations with crypto exchanges as well. However, it allows you to store your BTC offline without hiccups and can allow you to make digital and paper backups as well. It doesn’t support multiple currencies, focusing instead of being a robust and reliable wallet for Bitcoin users. 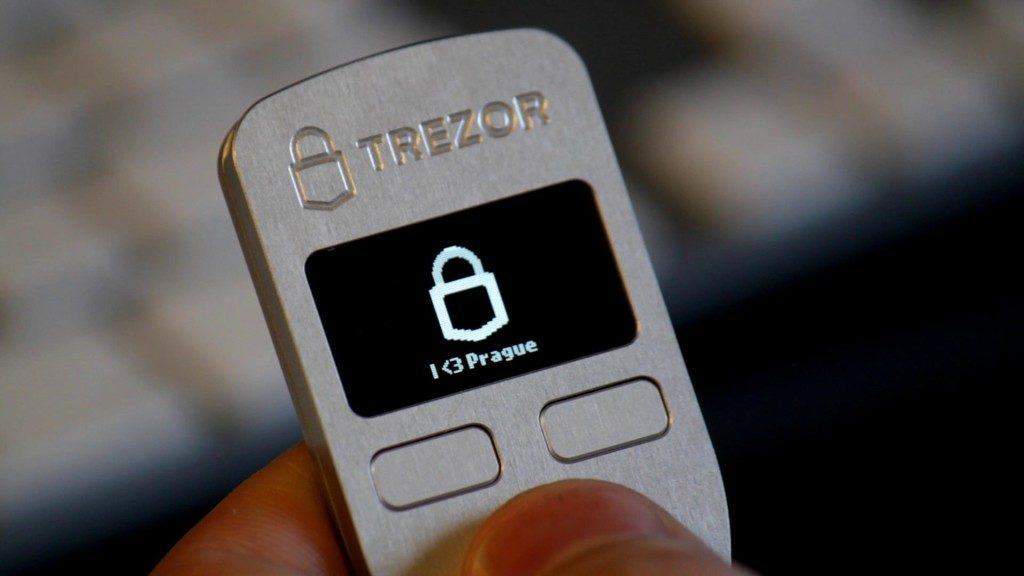 Trezor is a hardware cold storage wallet that looks like a USB drive and easily plugs into your computer for completing transactions. As far as cold storage is concerned, Trezor can be defined as the gold standard for offline funds. It provides highly evolved encryption and two-factor authentication. However, Trezor is not a good option for those who want to recover lost wallets simply because its digital access abilities are limited.

Armory doesn’t have two-factor authentication and provides passphrase protection alongside the private keys. It follows the Glacier Protocol for cryptocurrency encryption. It comes with both offline and online transaction options, and it is relatively easy to recover your wallet on another machine. It allows users to create their own digital backups in USB drives and paper wallets, making it highly secure. 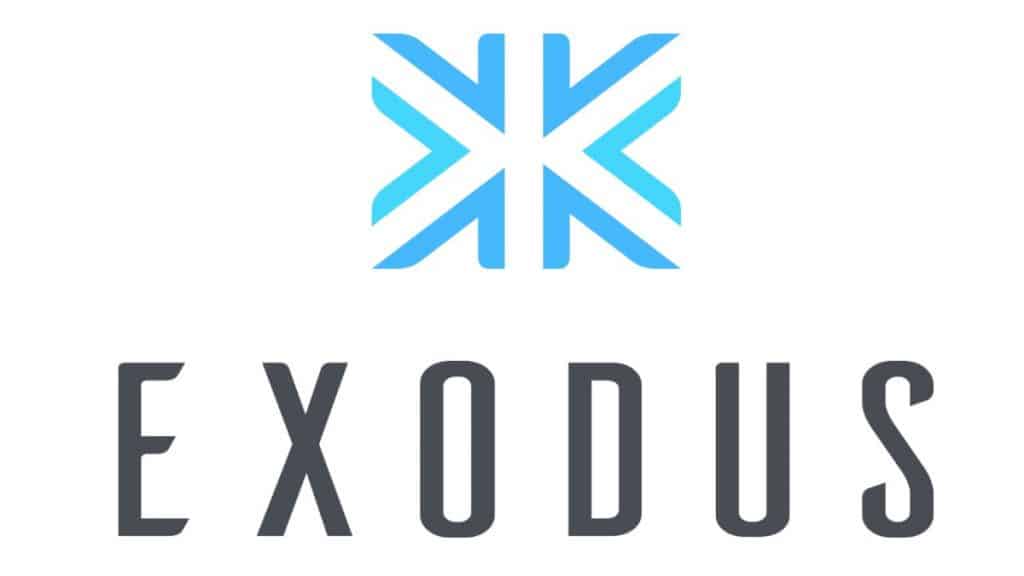 Both Armory and Exodus are desktop-based wallets and allow users to retain their private keys. However, Exodus supports multiple currencies while Armory sticks to Bitcoin. Exodus is also relatively easier to use and has a shorter learning curve. For Armory, the users have to download the Bitcoin core blockchain. However, Exodus doesn’t keep all your funds secure offline and doesn’t have a watching wallet which makes Armory a much secure option. For those who want multiple currency support, Exodus is often the first choice.

Armory is one of the finest choices for people who want to keep their BTC safe, without leaving any loose ends for hackers. It lets you store private keys and provides an additional layer of security over its highly sophisticated security encryption via passphrases. Though this wallet is often difficult to set up and demands you to run the Bitcoin blockchain, it is still very easy to use. After an initial learning curve, Armory is a breeze to use. However, people who want to store multiple cryptocurrencies must look elsewhere

How will I access coins if Armory goes out of business?

Armory is not a proprietary product but an open-sourced project. Its source code is available on GitHub. Even if Armory is completely wiped out of the internet (which is unlikely since it is open source), users can use their paper wallets to convert their backups to literally any other wallet application.

I hold my private keys?

Yes, Armory allows the users to acquire and hold their private keys. Nobody will get access to your funds until they have your private keys. They will also need your passphrase to access these wallets since all wallets in Armory are passphrase protected, providing an extra layer of security to users.

Will Armory support more coins in the future?

No. Armory is completely focused on bringing the best of Bitcoin blockchain features to their users and has no tangible plans for adding any more digital currencies in the future. Though the developers suggest that they could think of this idea in the future, they have not designed altcoin functionality into the software yet.

How often should users backup their wallets?

Users can back up their wallets on paper or digitally using a USB drive. Armory doesn’t automatically do this for the users. However, backing up your wallets on paper ensures that you can always retain your funds, whether on Armory or elsewhere without any hassles. This is one feature missing in wallets like Multibit or Bitcoin core which do not have a forever-backup feature.

How many confirmations do I need for my transactions?

Why are transaction fees inconsistent?

The transaction fees depend largely on the Bitcoin network and Armory doesn’t play a role in deciding this fee. Ideally, you will only pay about 0.0001 BTC as a transaction fee which translates to $0.01. The network discourages sending less than 0.01 BTC because of which you will have to pay a fee to avoid spamming the network. Some transactions can be added to the ledger for free as well. The fee is usually charged when you spend coins that you received very recently or when you are combing lots of previous transactions. This process collectively ensures that the network is never spammed.

Yes, Armory wallet comes with GPU-resistant encryption which discourages brute-force attacks on encryption passwords. The encryption scheme used on the wallet is difficult for the GPUs to perform. Moreover, GPUs perform cryptographic functions faster but have to do it on a very small memory. Armory has a key-stretching feature that loads up the GPU memory significantly, disallowing it to perform the attack.

Wallet Guide:
Popular Wallet Providers:
Note that the content on this site should not be considered investment advice. Investing is speculative. When investing your capital is at risk. This site is not intended for use in jurisdictions in which the trading or investments described are prohibited and should only be used by such persons and in such ways as are legally permitted.