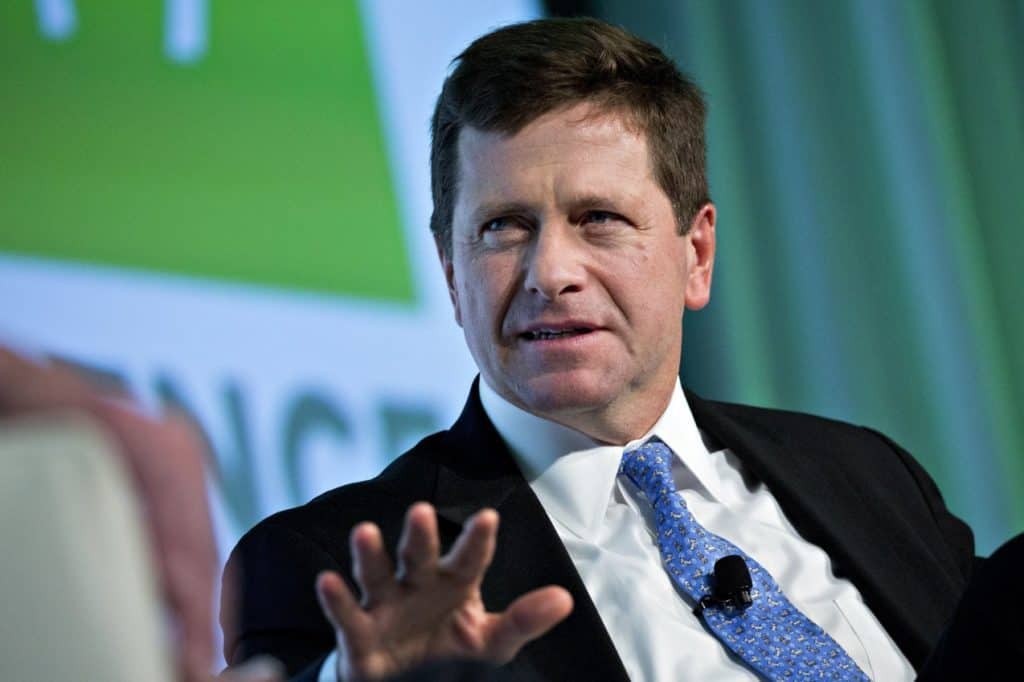 Jay Clayton, the Chairman of the United States Securities and Exchange Commission (SEC), has made a seemingly ominous warning to prospective Bitcoin exchange-traded funds (ETFs).

Earlier this week, the agency chief spoke with Bob Pisani of CNBC on the regulator’s latest take on the financial products. In the interview, Clayton highlighted that while applicants have dome a commendable job with addressing some of the regulatory concerns involved with the products themselves, there is still a lot of work that needs to be done for approval to be given.

Clayton pointed out that the questions posed by the SEC over the Bitcoin ETFs were significant, adding that the most significant concern would have to be that of price manipulation. “Given that they trade on largely unregulated cryptocurrency exchanges […] how can we be sure that those prices aren’t subject to significant manipulation? Now progress is being made, but people needed to answer those hard questions for us to be comfortable that this was the appropriate type of product,” he said.

This isn’t the first time that Clayton is pointing out the need to ensure investors security with Bitcoin ETFs. Up until now, security has been one of the most significant reasons why every Bitcoin ETF proposal has either been rejected or stalled, as Clayton added.

“We’re engaging on this, but there are a couple of things about it that we need to feel comfortable with. The first is custody: custody is a long-standing requirement in our markets, and if you say you have something you really have it.”

So far, proposals for three Bitcoin ETFs have been submitted to the agency for approval. The decisions on the proposals were delayed a couple of weeks back, as the agency claimed that it was working to gather more information on the products.

The first listing to get its decision is the United States Bitcoin and Treasury Investment Trust, a Bitcoin ETF submitted by stock trading and investment management firm Wilshire Phoenix, which the agency will now decide on later this month.

The other two ETFs- one submitted by Bitwise Asset Management, and the other by VaneEck and SolidX- will get their decisions passed on October 13 and 18 respectively.

Clayton’s comments seem like an ominous sign for the applicants, as it could mean that another round of rejections (or at the very least, delays) is what they will most likely meet when the time comes. For now, it’s too early to say.

If the verdict does come out negative, however, it is highly unlikely that any of the applicants- especially, VanEck and Bitwise- will be making another try at this. Both companies have been the frontrunners for a while now, and they have been at this Bitcoin ETF application stage for the better part of the year now.

While other big names in the industry (including the Gemini Trust, which is owned by billionaire Winklevoss Twins) have already given up on their bids, both Bitwise and VanEck have decided to stick it out and stay for the long haul, despite two rounds of rejections this year alone. A third delay (or even worse, an outright rejection) would most likely be the last straw.