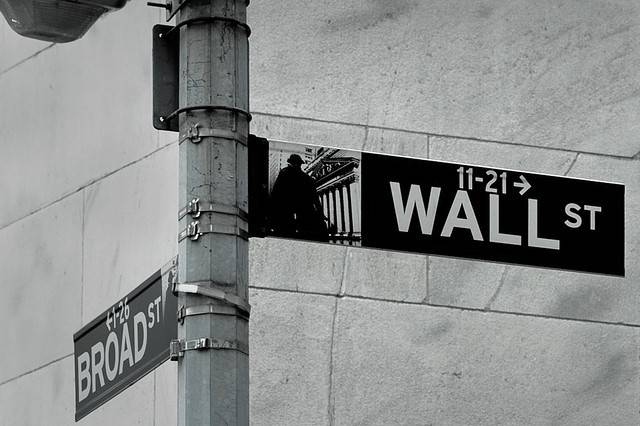 There have been plenty of hints of interest in bitcoin from Wall Street over the past few years, but 2015 has been a year of action from banks and traditional stock exchanges. Whether its former Wall Street executives moving into positions at bitcoin companies or large firms making investments in the bitcoin space, it’s obvious that traders, traditional investors, and others are finally ready to take bitcoin seriously. Stories of Wall Street involvement in bitcoin have been popping up all year long, and the most recent action comes in the form of Nasdaq‘s agreement to provide Noble Markets with the technology they need to attract hedge funds and other institutional investors to their digital currency exchange.

The Nasdaq and Noble Markets agreement

Noble Markets will be marketed towards traditional investors and traders who want to use the kinds of low latency, transparent tools that they’re used to getting from Nasdaq. The X-stream trading technology created by Nasdaq will be implemented on Noble Markets’s digital currency trading platform, and Noble Markets CEO John Betts noted, “We are excited that Nasdaq shares our vision and commitment to support the development of this ground-breaking market.” X-stream is one of the world’s most widely used exchange trading technologies, and it is currently powering more than 30 marketplaces globally.

Nasdaq has been known to publish generally positive pieces related to bitcoin on their website, and the company also had supportive words to share about bitcoin during the announcement of their involvement with Noble Markets. Lars Ottersgard, executive vice president of Nasdaq’s Market Technology, stated, “We are thrilled to work with the experienced industry veterans at Noble Markets and look forward to supporting their cutting-edge, new endeavor for the long term in addressing the needs of the digital currency space.”

Matthew Roszak is an investor in Noble Markets via Tally Capital, and he also sits on the board at the upcoming exchange. Roszak was able to share a few thoughts related to Wall Street’s continued march towards bitcoin with Inside Bitcoins:

“There is not one single whiteboard on Wall Street that does not have the word ‘bitcoin’ on it. There is a growing interest by hedge funds and institutional investors in this ecosystem, and these exchanges (Coinbase Exchange, Gemini, and Noble Markets) will help cater to that — the plumbing that provides institutional investors on Wall Street with platforms and confidence to trade bitcoin is finally starting to take shape.”

This could finally be the year that bitcoin traders will be able to leave the Mt. Goxes of the world behind and start using platforms that they know they can trust. Even late night talk show hosts have noted the absurd nature of the past state of bitcoin exchanges:

If you’ve noticed any other moves into the bitcoin space from Wall Street, please feel free to leave them in the comments below. There’s been so much activity from former Wall Street executives and financial institutions that it can be hard to keep track of it all.