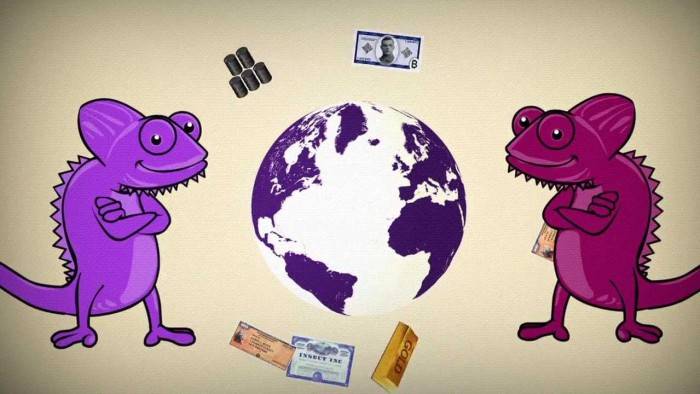 Ragnar Lifthrasir is a real estate fintech entrepreneur and President of the International Bitcoin Real Estate Association. He is extremely interested in the idea of using the Bitcoin blockchain to increase overall efficiency in the real estate industry, and he’ll be discussing this topic at the upcoming Blockchain Agenda Conference in San Diego.

[Read More: Mycelium’s Dmitry Murashchik: All Assets and Identities on the Blockchain Within 10 Years]

Lifthrasir recently shared some of his thoughts on Bitcoin’s future role in real estate with Inside Bitcoins. In short, he believes that the blockchain will offer many improvements over traditional options for record keeping in the real estate industry.

When discussing the advantages of the Bitcoin blockchain for property title management, Ragnar Lifthrasir was quick to point out the current costs associated with title insurance and title fraud:

“Putting property titles on the Bitcoin blockchain will bring the real estate industry out of its existing 18th century technology. Title insurance is a $20 billion industry. It’s estimated that the total annual cost of fighting and resolving title fraud is $1 billion.”

Lifthrasir also noted how easy it is for a criminal to create fake documents that can cause serious issues for homeowners. In his view, the Bitcoin blockchain can offer an improved system for tracking property ownership records. He explained:

“Using Photoshop and a $15 stamp, a criminal can create a fake document that transfers ownership of your house to himself. Compare that to what it would take for that criminal to break the cryptography behind Bitcoin. I can’t predict exactly how much time and money would be saved by using the Bitcoin Blockchain for real estate titles, but clearly, it’s significant.”

Lifthrasir is a big believer in the idea of smart property, and he’s currently working with a group of individuals from the International Bitcoin Real Estate Association on an application that will streamline the entire property transfer process. He noted:

“I want to also say that uploading a deed to the blockchain is only half the solution. For full security, the actual transfer of real estate needs to be done with the Bitcoin token. By that I mean a colored coin solution similar to the one NASDAQ and Overstock are using. A couple of us at the International Bitcoin Real Estate Association are currently working on a combination title document plus property transfer app.”

[Read More: No Need to Wait for Overstock or NASDAQ, Veritaseum Already Put Wall Street on the Bitcoin Blockchain]

Most people think about government records when it comes to titles to houses, cars, and other forms of property, and it would appear that Bitcoin could offer serious improvements over the current system. Having said that, Ragnar Lifthrasir does not believe people should waste their time teaching governments about the blockchain. He noted:

“It’d be great if the government used the Bitcoin blockchain to track property. But I don’t think it’s worth much time or effort to convince them to do it. Real estate companies and investors don’t need the government to transact amongst themselves. The clerk’s office at the county is just a central place to keep photocopies. There’s nothing magical about it.“

Lifthrasir added that the Bitcoin blockchain allows the real estate industry to avoid the inefficiencies associated with the current government record keeping structure:

“But now we have Bitcoin. At its most basic, Bitcoin is a better way for disparate parties to achieve consensus about who owns an asset, especially when one party is trying to cheat another, as happens in property titles. So, as long as people in the real estate industry start deciding to use the Bitcoin blockchain to record the transfer of properties, why bother with the delay, cost, and inefficiency of the government?”

The Blockchain is Superior to Government Record Keeping

Many bitcoin enthusiasts find the digital commodity to be an improvement over the current fiat currency system, but the Bitcoin blockchain can be used for much more than just money. Lifthrasir described the International Bitcoin Real Estate Association’s intention to bring together professionals from the industry who would like to move various aspects of the business onto the blockchain:

“Just as bitcoin the currency offers a superior alternative to government currency, Bitcoin the blockchain offers a superior alternative to government record keeping. One of our main efforts at The International Bitcoin Real Estate Association is to connect real estate professionals who want to use Bitcoin for purchasing, escrowing, and recording the transfer of properties.”

Although many people still believe Bitcoin has not completely proved itself, Lifthrasir believes that the technology is now mature enough to be used in the real estate industry. Due to his involvement in both real estate and blockchain technology, Lifthrasir is convinced that 2016 will be the year that property title management moves onto the blockchain. He noted:

“Bitcoin is finally technologically mature enough to be used in real estate. Now what we need are more startups to produce good industry products and services. I think 2016 will be the year of Bitcoin real estate.”

If you’d like to hear more of Ragnar Lifthrasir’s thoughts on bringing the real estate industry to Bitcoin, make sure to attend the upcoming Blockchain Agenda Conference in San Diego. The conference runs from the 14th to the 16th of December.