Homenewscoinbase partners with us government for blockchain analytics tool 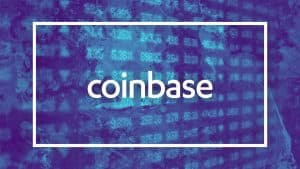 Leading cryptocurrency exchange, Coinbase has made a $1.36 million agreement with the Immigration and Customs Enforcement (ICE). The deal allows the ICE to use Coinbase Analytics software to analyze the data of American citizens.

ICE is an agency under the US Department of Homeland Security. The agency is tasked with the role of dealing with cross border crimes and illegal immigration. The $1.36 million will serve as licensing fees for the software.

This deal with the ICE will be one of the best that Coinbase has sealed. It is not the first time that the exchange has worked with the US government.

The official documents related to the case do not shed light on the information that will be assessed or shared with the ICE. However, other related sources have stated that the ICE has chosen Coinbase because it is the only platform that offers the required services.

However, the information obtained using this tool will be limited for access by the public because of its sensitivity.

Before this deal, the exchange had closed another $183,750 deal with the US Secret Service. This deal will expire on May 2023 and allow the Secret Service to use Coinbase’s blockchain forensics software.

Analytics tools developed by Coinbase have been of interest to different departments in the US. These tools have gained interest from the Drug Enforcement Administration (DEA) and the Internal Revenue Service (IRS). The IRS has already entered into a $625,000 deal with Chainalysis to create a tool that will solve the privacy restrictions of Monero.

As a platform that deals in cryptocurrencies, Coinbase has received much criticism following its dealings with the US government. Despite this criticism, Coinbase CEO, Brian Armstrong, has stood by the partnerships that have brought lucrative deals for the exchange.

In a Tweet that has since been deleted because of negative comments, Armstrong stated that “Have seen a few articles talking about Coinbase Analytics – figured I would share my thoughts on it since I don’t think it’s particularly newsworthy – and lots of conjecture out there. Blockchain Analytics software is essentially just compiling publicly available data that is already out there on the blockchain.”

Many crypto supporters have argued that the interests of Coinbase in making these dealings with the US government are not in line with the nature of cryptocurrencies. Some have argued that Coinbase could use the KYC data collected on the exchange and make this information available to law enforcement agencies.

We have the scoop on the top cryptocurrency to buy this week for a ...