Homenewsus house of representatives to vote on infrastructure bill this week

Pelosi Optimistic that Bill will Pass

Nancy Pelosi, the speaker of the House of Representatives, has given several remarks that display her optimism towards the bill passing. In a statement given by Pelosi on September 26, she stated that “Let me just say that we’re going to pass the bill this week.” She had earlier stated that she would not have called the bill into a vote if she did not believe it would pass.

She further stated that the debate regarding the bill would commence on September 27 at the Floor of the House. The voting for the bill will happen the day before the expiry of the Surface Transportation Reauthorization Act of 2021.

Despite Pelosi’s remarks, the bill is still facing opposition from several lawmakers. Some propose that voting for the bill should be postponed to a later date until discussions surrounding another $3.5 trillion social welfare and climate bill are held.

The amount being proposed in this second bill has caught lawmakers’ attention, and even some Democrats are turning their attention towards this new bill. However, Pelosi has stated that there is a chance that the size of the second bill could be reduced in scope.

She also stated that the House was in close discussions with the Senate and the White House regarding the second bill. “3.5 trillion was the number that was sent to us by the Senate and by the president. Obviously, with negotiation, there have to be some changes in that the sooner, the better, so that we can build our consensus to go forward,” she added.

The infrastructure bill has sparked much debate ever since it was proposed. Despite vehement opposition from the crypto community, the bill was passed by the Senate on August 10. Some of the contentious issues debated against were the broad definition of a crypto broker.

The bill mandated validators and software developers to comply with reporting requirements, which was impossible since these parties did not have the information needed to achieve compliance.

Despite these issues being raised, the bill was still passed. However, Senator Pat Toomey had proposed an amendment to exempt software developers and validators from stringent reporting requirements. However, the objection of Alaman Senator, Richard Shelby, halted the amendment from taking place. 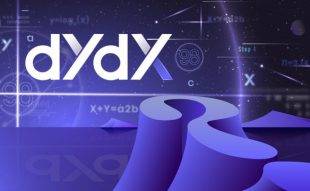 Join Our Telegram channel to stay up to date on breaking news coverage dYdX, ...