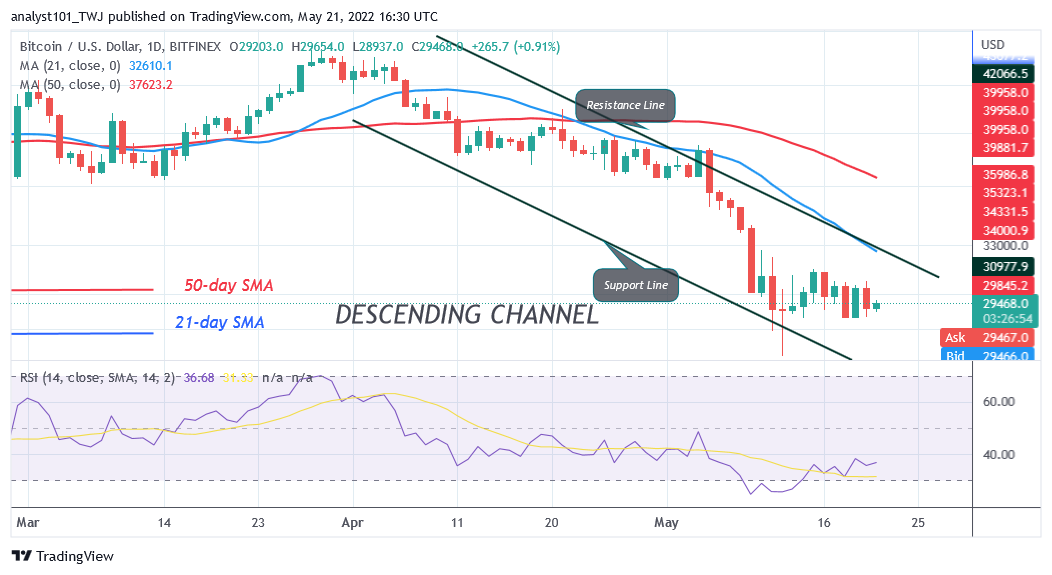 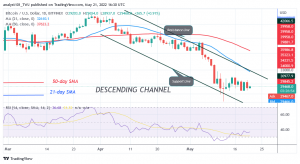 Bitcoin has resumed a sideways move after the May 12 price slump but unable to sustain above $30K. On May 12, BTC/USD plunged to $26,591 low and commenced a range-bound move. Today, the largest cryptocurrency has continued its sideways move as it fluctuates between $28,000 and $32,000 price levels.

Following the price slump on May 12, the bearish trend has subsided as the market slumped to $26,591 low. For the past week, Bitcoin has been fluctuating above the $28,000 support and below the $32,000 resistance zone. During the range-bound move, BTC price was repelled on May 10 and 15 as buyers attempt to push price above the $32,000 resistance zone. Bitcoin would have rallied to the high of $38,000 if the résistance level was breached. Bitcoin faces rejection at the recent high as it retraces to the support above $28,000. On the upside, a price rebound above the $28,000 support will propel Bitcoin to rally to $32,000 high. Similarly, Bitcoin will fall if it loses the $28,000 support. The market will decline to the $26,591 low.

El Salvador’s financial inclusion and funding for the SMEs conference has reached day three as Bitcoin stole the show. The 44 central bankers and financial delegates shout “Bitcoin!” while posing for a photo in El Zonte, El Salvador. They enjoyed a trip to Bitcoin Beach or El Zonte. “Bitcoin Beach” is the home of Bitcoin in El Salvador, an iconic destination for Bitcoin enthusiasts. Nicolas Burley, the co-founder of Galoy Money is the company that created the Bitcoin Beach wallet.

The bankers visited El Zonte to learn from the Bitcoin Beach team. According to Burley, he said that the sentiment toward Bitcoin was “super good,” and “nothing beats the experience of using lightning to discover the potential of Bitcoin.” In a nod to Bitcoin adoption around the world, Burtey shared: “Multiple central bankers said I should meet their team in their country.” The President, Nayib Bukele shared a series of photos of the bankers with their smartphones. The important thing to note is that the conference for the bankers would tackle financial inclusion and improving financing for small and medium-sized businesses.

Meanwhile, Bitcoin has continued to fluctuate above the $28,000 support but unable to sustain above $30K. The price movement has been insignificant as the market continues its sideways move. Meanwhile, on May 12 downtrend; a retraced candlestick body tested the 78.6% Fibonacci retracement level. The retracement indicates that Bitcoin will further decline to 1.272 Fibonacci extension or $23,165.80. 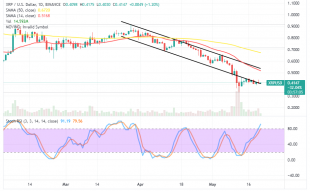