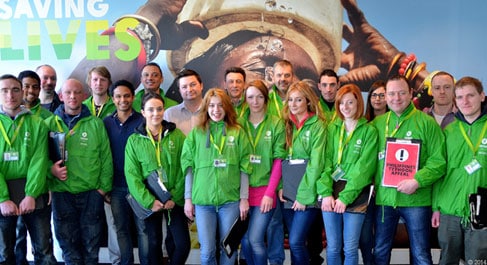 Oxfam Ireland, a charity organization with the mission to combat hunger and poverty, has received a grant to help fund more blockchain-based solutions. Earlier this month, The Irish Times reported that the Belfast-based charity organization had launched a pilot program with the ConsenSys, one of the Ethereum blockchain’s most famous venture studios.

Per the report, the pair had partnered with Australian tech company Sempo to launch a blockchain-based aid distribution project. Called UnBlocked Cash, the platform runs on the Ethereum blockchain. The Irish Times reported that it has now gotten a €1 million ($1.1 million) grant to move forward.

The grant was from the European Innovation Council, as part of a competition known as Blockchains for Social Good. Oxfam completed the first phase of UnBlocked Cash back in June 2019. At the time, the firm announced that it used the DAI stablecoin to help transfer aid to disaster victims across Vanuatu, a South Pacific Ocean nation – where Sempo is also based.

Vanuatu is a country that regularly faces spells of cyclones, tsunamis, and volcanoes. Poverty levels are also high, with a World Bank report from 2018 citing that about 40 percent of the country’s population lives on less than $4 a day.

The objective for UnBlocked Cash in the country was to deliver aid securely and quickly, while using the media of stablecoins to make the transactions cheaper. As part of the first pilot, Oxfam gave tap-and-pay cards to 200 residents in the villages of Mele Maat and Pango – both on the island of Efate. Each of the cards had about 4,000 vatu (about $50) loaded on it. Then, the residents used the cards for payments across several local schools and stores.

For the second phase, the company is targeting about 5,000 participants and 100 vendors. Oxfam reportedly believes that the project can reduce the delivery time for relief funds by 96 percent, while also providing a 60 percent reduction in transaction costs.

With the new million-pound grant, the company will also work to scale the project and examine its benefits for regions like sub-Saharan Africa and the Caribbean.

Niamh Carty, the Director of Oxfam Ireland, said, “Future plans seek to address the needs of over 2.7 million disaster-exposed and vulnerable people across the Pacific Region, as well as expanding use across the Oxfam Confederation.”

Apart from UnBlocked Cash, Oxfam has also been doing a great deal of work in the blockchain sector. Last November, the company’s parent organization – Oxfam International — announced that it had launched a blockchain-based delivery system for microloans to Sri Lankan farmers.

Per a press release, the organization partnered with decentralized insurance company Etherisc and traditional finance giant AON. Together, they made a blockchain-based insurance system that made payouts to Sri Lankan farmers who had been at high risk of losing their crops due to extreme weather events.

The firms explained that they would continue seeking solutions to some of the country’s cropping season’s challenges. Over the past years, issues including a lack of understanding and inadequate access to insurance have plagued farmers – especially those in the third world. With the next platform, Oxfam hopes to improve the situation.