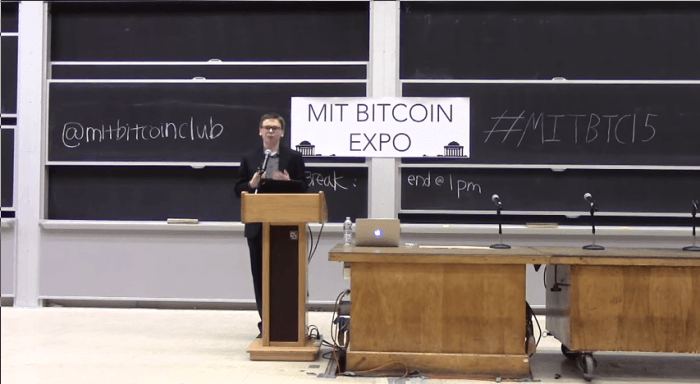 NEW YORK (InsideBitcoins) — Madars Virza is a graduate student at MIT CSAIL and one of the co-authors of Zerocash: Decentralized Anonymous Payments from Bitcoin. Zerocash is a proposed method of improving the privacy and anonymity offered by bitcoin, and its deployment has been anticipated in the cryptocurrency community for a few years — at least when including its older sibling Zerocoin. Virza was able to explain some of the issues related to bitcoin privacy at the recent MIT Bitcoin Expo. After describing the current problems with bitcoin, Virza was able to provide an eloquent summary of how Zerocash can solve these issues and create a truly decentralized, anonymous payment system.

For anyone seeking financial privacy, the public nature of the bitcoin blockchain should be a serious concern. While it’s true that real-life identities are not used in the blockchain, there are plenty of metadata available, which analysts can use to find out more information about specific transactions. Virza explained the reality of bitcoin’s privacy issues during his presentation:

“Bitcoin is not really anonymous. If you look at a very simplified example of a blockchain, you see ‘address from’, ‘address to’, ‘amount’, [and] how many bitcoins. And all of the transactions are going to be there forever.”

In reality, bitcoin is pseudonymous. In other words, you can see that some bitcoin address has sent or received a payment, but you don’t know who is behind that address. As Virza describes, “It’s like a nickname.” It’s important to remember that there are plenty of situations where the true identity behind an address becomes known to at least one individual or company, and it doesn’t take much to put everything together once you have a few pieces of the puzzle.

An uncomfortable silence sets within the audience as the zerocash speaker points out all of the privacy issues with Bitcoin. #MITBTC15

Although Virza admitted that the current blockchain analysis techniques are not enough to deanonymize the entirety of bitcoin transactions, he also noted, “Methods of analysis only get stronger.” This issue of blockchain analysis becomes even more problematic when you realize that “your bitcoin history is publicly saved forever.”

Why a lack of privacy is bad for bitcoin

Virza then went on to explain why people should care that bitcoin is not completely anonymous and private. The MIT graduate student pointed out a list of consequences related to the lack of privacy in bitcoin that could make the technology less useful and limit future adoption:

Virza went on to describe how Zerocash is the proper solution to the issue of bitcoin privacy. He referred to it as a “perfect system.” With Zerocash, Alice (and everyone else on the network) is able to find out if Bob actually has the money he is attempting to send her without having to look through Bob’s complete history of unspent outputs. It’s easy to tell if a transaction is valid in bitcoin because all of the unspent outputs can be found on the public ledger, but the problem is much more difficult to solve when you want everyone’s financial data to remain private.

In Zerocash, a “virtual accountant” — in the form of cryptographic proofs — is used to confirm that transactions are valid. Without getting into too many technical details, SNARKs — which are used in Zerocash — are basically a way to prove that a statement is true without revealing the data that backup the validity of that statement. In other words, Bob can prove that he actually has the money he says he has without revealing his account balance or transaction history to anyone else.