The host of the well-known cryptocurrency YouTube channel Coin Bureau mentions a “interesting” blockchain gaming platform that is on his radar.

The play-to-earn gaming ecosystem Gala (GALA) had a huge fall as a result of the bear market, according to a recent video update from the anonymous analyst Guy, but the platform is still one of the most promising initiatives in the sector.

Gala is a fascinating person. Gala has dropped significantly over the past few months, much like the majority of the rest of the cryptocurrency market. It’s been severely damaged by the bear market. Gala Games is still one of those initiatives, nevertheless, that I believe is quite useful.

Guy claims that Gala Games’ Ethereum token, which runs the network, is currently one to monitor because of the platform’s continued, comparatively high development activity.

“There appears to be much development taking place. They recently hired a new senior vice president of gaming to assist in the development of Town Star, and I recently discovered—actually, I was reading about it—that this is a man who previously worked on the Command & Conquer franchise.

Even though I don’t play video games much, I can recall playing some of the first Command & Conquer games when I was younger and absolutely adoring them; this doesn’t mean, however, that Gala will be a long-term success. But like I said, I believe its environment is expanding. It does appear to have a large user base and usefulness…

Obviously, play-to-earn games and blockchain games are two industries I anticipate will experience significant growth over the coming several years, so Gala is undoubtedly one to watch.

GALA is currently trading for $0.05 at this moment. 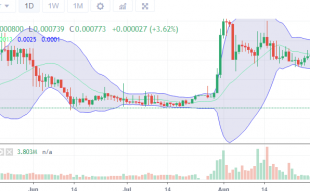