Homenewswill tamadoge sell out faster than battle infinity this year 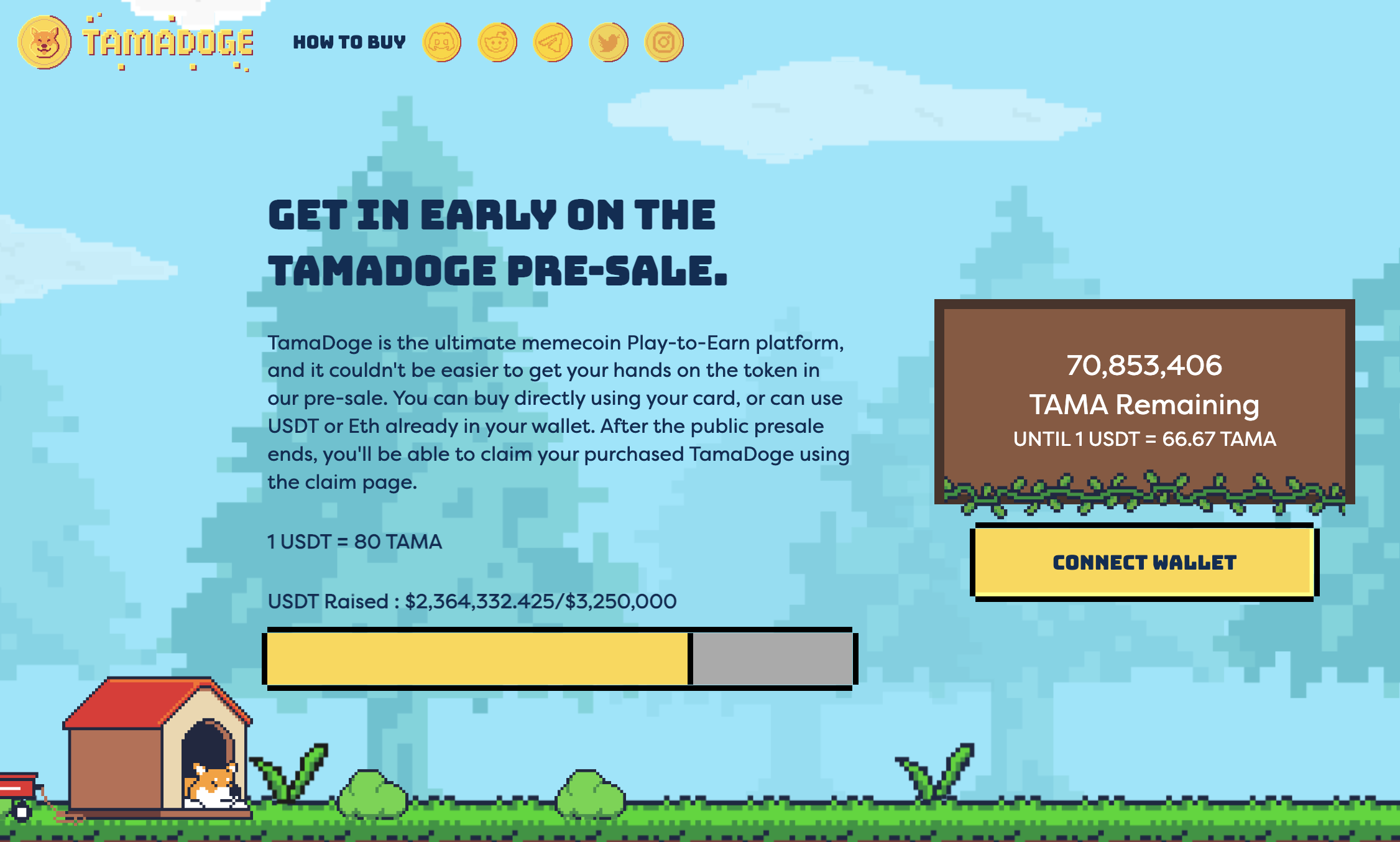 Tamadoge, which is widely considered to be one of the most potentially lucrative Memecoins of this year, keeps gathering a sizable number of new users. Within the first 14 days of the first part of its pre-sale, Tamadoge was able to raise more than one million dollars.

According to the project’s official Telegram channel, new members have just joined the Tamadoge Army and are showing their support for the initiative by purchasing 1000 USDT worth of TAMA tokens every minute. In just the past day and a half, the sale of Tamadoge tokens has generated $350,000 in total revenue.

With more than $1.5 million already raised, it is anticipated that the token’s $2 million beta-presale threshold requirement will be fulfilled within the next few days, and potentially even sooner.

A Steady Climb for Tamadoge

In the past, the value of a Memecoin has been inflated by the bullishness of the community for no other reason than some innovation. This is not the case with Tamadoge, though.

Tamadoge is a “play-to-earn Dogecoin” that will revolutionize the ecology of all Memecoins in the future when it is released. The developers made the announcement on the official Twitter page that they had successfully raised one million USDT within the allotted time frame of fifteen days.

Tamadoge Pets, the NFTs that are at the core of this blockchain gaming platform, will be accessible to holders of Tamadoge tokens once the site is fully operational.

These dogs may be acquired, tamed, and grown before being put to service in an augmented reality (AR) environment to fight other players and earn Dogepoints in the process.

At the conclusion of each month, the players who have accumulated the greatest amount of Dogepoints will be given a prize in the form of TAMA tokens.

In addition to that, Tamadoge’s utilization of the dog meme is one of a kind. In addition to the play-to-earn utility, there is a one-of-a-kind burn mechanic to guarantee that tokens are scarce and hence raise their value.

In addition, there are no taxes applied to any of the transactions completed on the site. That is to say, the developers will not reduce transaction costs in the name of growing the platform since they have complete trust in the ecosystem’s ability to maintain the economy.

Where to Purchase Tamadoge Tokens?

You may purchase USDT, ETH, debit or credit cards, or Transak in order to acquire other cryptocurrencies if you visit the website buy.tamadoge.io and follow the instructions there. If you are interested in obtaining Tamadoge, you should get in on the beta sales as soon as possible.

The maximum amount that may be raised during the beta phase of the presale is $2 million. The initial plan was for fulfilling this condition by the second of September.

Despite this, there are still 22 days left, and donors have already contributed $1.5 million toward the entire sum. This indicates that the beta phase will come to a close in the following few days.

The conclusion of the beta test will mark the beginning of the general presale, which will go through the fourth quarter of 2022 and has a fixed ceiling of $10 million. Joining the official Telegram group for this cryptocurrency gives users access to a wealth of additional information. 20,000 people are a part of the group.

Keep in mind that individual direct messages from developers will not be sent to you. Therefore, while purchasing crypto, you should only use official cryptocurrencies.

After the pre-sale has been completed, Tamadoge will be listed on PM DEX and CEX, which are similar to LBank and Uniswap, respectively.

The token supply will reach 1 billion total units, and the creators have reserved 500 million of those units just for the presale. Additionally, there is no requirement for investors to go through a locking or vesting phase.

The current uptick in optimistic enthusiasm about cryptocurrencies may be attributable to Bitcoin reaching a closing price of $23,000 and Ethereum surpassing $1,600.

They suggest that the market has entered the period of recovery and that investors are becoming interested in alternative cryptocurrencies that have utility.

It is essential to keep in mind that Tamadoge is not the first successful cryptocurrency presale that has taken place this year. The presale for Battle Infinity, another cryptocurrency for the play-to-earn platform, was over in less than a month, and it was completely sold out.

Looking at the way things are going for Tamadoge, there is a high possibility it will sell out faster than Battle Infinity. It’s only a matter of time.

Tamadoge Is Favorable For Those Who Invest Early

Following the conclusion of the crypto winter, a number of alternative cryptocurrencies have been released for pre-sale.

Because tokens are frequently launched on CEX after the presale concludes – leading to a quick surge in price – cryptocurrencies such as these provide a significant competitive advantage to early adopters.

The current bullishness towards this cryptocurrency provides us optimism, despite the fact that we are unable to promise that the same thing will happen for Tamadoge.