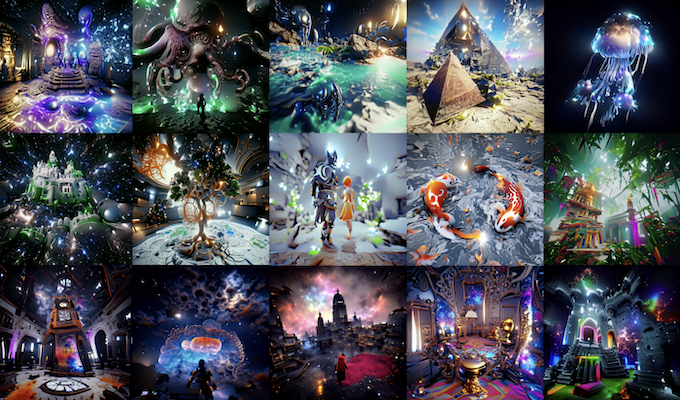 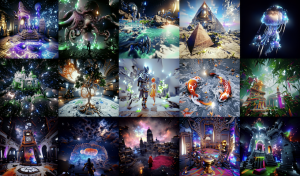 Despite the fact that NFT assets have actually been beam up to space, crypto enthusiasts frequently talk about their favorite coin or token pumping “to the moon.” The most recent instance, a collection of NFTs from various Web3 projects will be launched into orbit via the International Space Station on Thursday as part of the Solana NFT project Infinity Labs.

Infinity Eve, the founder of Infinity Labs under the pseudonym Infinity Eve, revealed in an exclusive interview with Decrypt that the 1977 Voyager Mission, which featured a “Golden Record” inscribed with music from all over the world, including Chuck Berry, Mozart, Bach, and Louis Armstrong, was one of her inspirations for sending NFTs to space.

She claims that while she was receiving treatment for a cancer that was aggressive during the pandemic, she had the idea for Dreambound Orbital.

As Eve explained, “I didn’t want to look at statistics [during treatment] because it was the worst thing I could do.” And I became fixated on the notion that if I could upload works of art and literary works to the blockchain, I could create something incredibly beautiful that, in some ways, would outlive me in the event of my demise.

The outcome is Dreambound Orbital, a business that “launches blockchain experiments into orbit.” Eve claims that while looking into the best way to launch NFTs into space, she emailed a number of people in the space industry. Eventually, she says, she connected with NASA and went to its Houston Space Center.

The Bishop Airlock, created by Nanoracks, is an addition to the International Space Station’s (ISS) infrastructure that permits the use of the ISS for commercial purposes. Eve said, “Now we were able to just make it happen.”

Additionally, she has a number of notable Web3 allies with her for the first mission, DreamboundM1. NFT assets provided by the Solana Foundation, Metaplex, Phantom, Brave, Magic Eden, OpenSea, World of Women, MonkeDAO, Fractal, DeGods, Randi Zuckerberg, and others are joining Infinity Labs’ NFT on its journey to the International Space Station.

What is it about space that really inspires people, or just brings people together in so many ways, and then also inspires people to think beyond themselves, or just feel like they’re a part of something bigger?

The NFTs in the payload contain a piece of art by fictitious artists TEJ and Ekko called “This is Solana” that was previously up for auction on the marketplace Magic Eden. Numerous well-known platform projects are mentioned in it.

NFTS ARE GOING TO THE MOON 🚀🌙… literally

Couple of months ago, we did an auction called "This is Solana", created by @Tejji90 @MoonEkko33 ft some top collections.

Other NFTs on the mission include a World of Women Galaxy profile picture, Metaplex’s Solana NFT standard whitepaper (which was tokenized as an NFT), and the first Solana NFT produced by the crypto-friendly web browser Brave. NFT holders had the option of including their names or the names of loved ones as part of the payload.

Despite being the most recent company to send digital art into space, Dreambound is not the first. Aku artwork created by Micah Johnson, a former baseball player turned digital artist, was one of two NFTs that were sent to the ISS via the Bishop Airlock in August 2021. In addition to NFTs, the Inspiration4 private spaceflight by SpaceX last September featured Kings of Leon music.

Although Infinity Labs is a Solana NFT project, both Solana and Ethereum NFTs are used in the digital payload going into space. The NFT files were sent from Earth today to a server on the International Space Station, where they will rotate once before being “beamed into neighboring systems,” according to Eve.

She stated that one of Dreambound’s main goals with sending the NFTs to the ISS is to beam the images into deep space like the Voyager satellite did before it, possibly paving the way for an orbital NFT museum and digital space economy in the future.

NFTs being sent to the International Space Station may seem silly or unnecessary to some people. Eve responded to such criticism by saying to keep an open mind because inspiration can come from anywhere. Experiments in space, like GPS, enabled many important modern technologies.

It starts with something that seems crazy or stupid; that stuff evolves over time. The capability to produce validated flight certificates of assets that visited the ISS or had other interactions with space is the potential use case.

“Despite everything, humanity found time to dream,” Eve said, quoting a line from Orbital. “Web3 was very important to me, so it helped me reinvent myself and get better. I created [this] with the Web3 community in mind.” 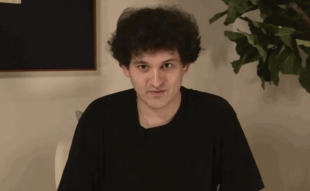 Sam Bankman-Fried In “Good Spirits” in a Rat-Infested Prison

Join Our Telegram channel to stay up to date on breaking news coverage Prison ...