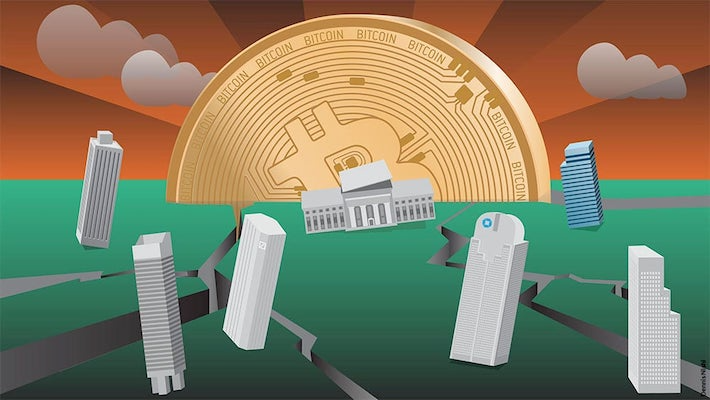 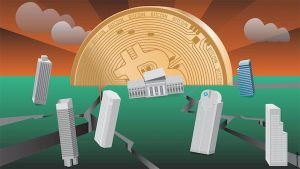 The turmoil that is currently engulfing the cryptocurrency world is bitterly ironic. As a reaction to the flaws of the traditional financial system, with its over-leveraged shadow banks and daisy chain of leverage and maturity mismatch, cryptocurrency was created in the midst of the 2008 Great Financial Crisis. The original whitepaper for Bitcoin, released in the same year, promoted a vision of money being transformed into a self-sustaining peer-to-peer transfer system without the need for middlemen. The turmoil of today, however, is distinctly indicative of the flaws that the industry’s early proponents railed against. The dismantling of this new daisy chain of over-leveraged shadow crypto banks is currently in full swing as businesses fail and coin prices plummet.

We must keep in mind a few important facts as we assess the damage and chart a course for the necessary policy response to control the sector. Although crypto purports to be decentralized, it is actually very centralized in two significant ways.

First off, a lot of purportedly decentralized protocols actually have a very concentrated power structure in terms of who runs things. The implosion of the Terra stablecoin in May served as a reminder that the founder is frequently in charge along with a small group of venture capital backers. Crypto is typically only nominally decentralized.

Second, centralized intermediaries that act as a bridge between the traditional financial system and the crypto world, like Sam Bankman-Fried’s FTX, are crucial. They manage the inflow of fresh capital, which provides the speculative dynamics with the necessary oxygen to survive. BIS research in this area has highlighted the fact that cryptography only truly functions in these circumstances.

Centralized intermediaries are essential to supporting the edifice insofar as attracting new investors is crucial to the survival of cryptocurrencies.

Crypto is headed in the wrong direction

Crypto promoters have been doing a lot of soul-searching as a result of the current collapse of FTX and other dominoes falling in the industry. We are hearing calls for the industry to “return to its roots” and be reborn in a purer form, which is to be expected. The goal is to go back in time to when cryptocurrency was only used by a small community of enthusiasts rather than being promoted as a mainstream financial product. Instead of entering our living rooms through television advertising in an effort to attract retail investors, in this vision it would be more like a niche hobby among a small minority of followers.

This purely decentralized form of crypto, which envisions eliminating centralized intermediaries, would have a very minimal environmental impact. But without these organizations directing money into the industry, cryptocurrency would not have reached its current size. Centralized intermediaries and crypto benefit from one another rather than competing with one another. Because of this, any policy action now taken to lessen the effects of cryptocurrencies must consider both this interdependence and stablecoins’ function as a bridge to the traditional financial system.

Some advise “just letting crypto burn,” but it might be wishful thinking to think that it will go away on its own. Even a greatly reduced sector that is the domain of purists could still ignite the embers for the re-entry of centralized intermediaries when financial conditions change.

Can crypto regulation ever work?

Any intervention would need to overcome one major obstacle: if government policy permits cryptocurrency to integrate with the established financial system, it will bring about a situation that has been avoided thus far. It will be important to address stablecoins’ function as a gateway to the rest of the crypto ecosystem if they are included in the regulatory framework. They shouldn’t be allowed to become the “cuckoo in the nest,” according to policy. The Basel Committee on Banking Supervision’s new guidelines for banking sector crypto activities are a big step in the right direction.

More generally, the regulatory strategy will need to distinguish between the economic function of cryptocurrency’s underpinnings and how it appears on the surface. The daisy chain of leverage eventually led to real world activity, most obviously the purchase of a house with money, even during the worst excesses of the subprime mortgage boom. Contrarily, cryptocurrency is largely self-referential; most of its transactions involve trading other forms of cryptocurrency and make little reference to actual economic activity.

Any public policy response must, in the end, begin with a realistic evaluation of the economic benefits that arise from blockchain technology. Considering the initial hype, blockchain’s returns have been remarkably meager. Projects that have investigated its potential advantages one after another have produced no results.

Instead of just other forms of cryptocurrency, real-world economic activities benefit from technology. Decentralization’s economic advantages should also be more thoroughly examined. What happens when an industry relies solely on a religious tenet is what we are currently witnessing. 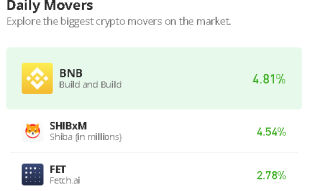