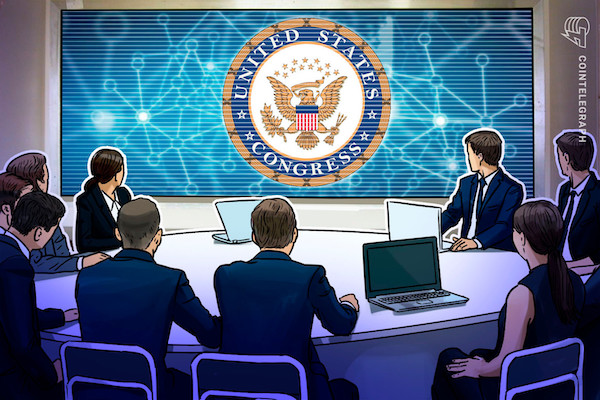 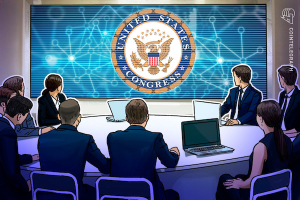 A rift in the Democratic Party seems to have developed as Congress finally considers whether and how to seriously regulate the crypto business. Some of its legislators are thinking about how to use blockchain technology as a force for innovation while reining in some of its early excesses.

There is a group that emerged that thinks cryptocurrency is useless and overhyped.

Sen. Jon Tester, a Democrat from Montana said, “It’s all bullshit”. He claimed that he was cautious of the sector even before the recent failure of the cryptocurrency exchange FTX and that recent encounters with proponents had not given him any more faith in the sector’s underlying worth. “In my opinion, it fails the smell test. What supports it is beyond me.

Sen. Elizabeth Warren, a Democrat from Massachusetts, said in an interview on Wednesday that “finally, more people are blowing the bullshit whistle. Congress has been the target of intense lobbying and attempts to intimidate lawmakers. ugh, crypto is just so hard to understand. Nobody can comprehend it. Let there be no regulation in the cryptosphere. That is the exact justification that was given for the 2008 crash.”

“I’m not a big admirer of cryptocurrency. The powerful Banking Committee’s chairman, Sen. Sherrod Brown of Ohio, was as dismissive. He asserted that they had not demonstrated a genuine public purpose for their existence. They caused many people to lose money while also making some people prosperous.”

As lawmakers debate how to regulate the crypto industry, more are openly trashing it pic.twitter.com/G2MD5YulN0

The sudden readiness of certain legislators to openly and publicly disparage the sector highlights the intense amount of scrutiny that is set to be directed at cryptocurrency on Capitol Hill. On Thursday, the Senate Agriculture Committee will convene a hearing to discuss the takeaways from the FTX collapse. It’s the first of what’s anticipated to be several Congressional hearings to look into the company’s devastation. Another FTX-related hearing has been planned by the House Financial Services Committee for December 13.

According to Kristin Smith, executive director of the Blockchain Association, “I do think that the industry is left here to pick up the pieces.” she stated. It’s really our responsibility to clarify that what happened with FTX International differs significantly from how the rest of the industry functions.

The dangers of over-regulation

Crypto lobbyists, according to Smith, “aren’t getting doors [closed] in our face, at least not yet.” She has been arguing that cryptocurrency is still in its infancy and has potential for future breakthroughs for both businesses and consumers.

In Smith’s worst-case scenario, regulation would eliminate one of the main draws of cryptocurrency for its most fervent supporters: decentralized finance, or DeFi. Blockchain, a type of software, replaces conventional middlemen like a bank to execute consumer transactions in this digitally native financial system.

Smith stated, “My concern is that there would be an attempt to control every single business in crypto rather than focusing on those where we’ve seen the mistakes happen.” She criticized a bill introduced by Senators Debbie Stabenow of Michigan and John Boozman of Arkansas, saying it would “de-facto ban DeFi.”

Smith’s worries also highlight internal conflicts in the cryptocurrency sector that might prevent it from forming a unified lobbying front. Large, centralized crypto trading platforms favor Stabenow and Boozman’s measure because it would offer them a clear regulatory framework to operate under for the first time in the United States, despite the fears of some parts of the digital currency community.

By giving the Commodity Futures Trading Commission control over cryptocurrency and treating it like a commodity rather than a security that is more strictly regulated, like a stock or bond, it would also fulfill a big industry goal.

Gary Gensler, the chair of the Securities and Exchange Commission, and other detractors recently blasted the plan as being overly lenient and questioned its intimate ties to Bankman-Fried, a big supporter. Warren has been particularly brutal when it comes to lawmakers.

The CFTC is the worst conceivable option to regulate a financial instrument that has been used to defraud millions of people since they have no experience in investor protection, she said.

However, the bill is also being attacked by other significant members of Congress.

Rep. Patrick McHenry, R-North Carolina, the ranking Republican who will preside over the House Financial Services panel next year, said in a statement, “A clear regulatory framework in the U.S. will ensure more trading platforms are domiciled in America and subject to our laws and regulations.” Congress should be warned that we cannot permit this business to choose its own regulator by the activities of FTX and Alameda Research.

Boozman defended his bill. It’s not a matter of choosing their own regulators, he continued, referring to what we did. “All we have done is gathered data,”

However, the growing Democratic Party crypto-skeptic caucus may provide serious issues for business organizations wanting to gain a broader audience and widespread support. Furthermore, the severity of the criticisms—Brown said that crypto has generated “serious worry on national security” in addition to being economically useless—indicates that there may be a willingness on Capitol Hill to completely ban the sector.

In the end, it’s not that difficult, according to Warren. “The fact that much of the cryptocurrency world wants to hide out from regulators and from the regular rules that apply throughout the financial markets should be a big red flag—that they’re making their profits not by providing value, but by giving scammers and money launderers a place to call home.”

To put things into perspective

For years to come, the crypto business will find it incredibly challenging to escape the shadow of FTX, especially if governments who are okay with walling off the industry or letting it burn out like a forest fire gain a critical mass of followers.

However, that does not guarantee that restrictions will be implemented in the upcoming few months. There is less urgency about cryptocurrency given that its crash has barely had an impact on the rest of the economy, unlike the 2008 financial crisis, when it took over a year for politicians to set guardrails on the banking titans who crashed the US economy.

At the New York Times DealBook summit on Wednesday, Treasury Secretary Janet Yellen compared the current state of cryptocurrency to the 2008 collapse of Wall Street bank Lehman Brothers, which set off the global financial crisis.

In an interview, Democratic senator from Colorado Michael Bennet, who serves on the Senate Agriculture Committee, said he was still debating whether or not to back the Bozeman-Stabenow measure. “I do believe that since its beginnings are what they are, they’ll present an opportunity for all of us to look at figuring out whether it’s really providing what we need for consumers and if it’s really doing what we need for the larger economy,” the author says.

Warren said that she is “working in this field” and hinted that she may produce her own crypto regulatory bill in the future.

Many US officials are still interested in regulating bitcoin while making sure it has a place on American soil. Sens. Cynthia Lummis, R-Wyo., and Kirsten Gillibrand, D-New York, are proposing a separate bipartisan bill, for instance, to tighten regulations on cryptocurrency exchanges and prevent them from using consumer deposits to support their own investments. There is currently no concrete evidence that many Republicans have switched sides and are now crypto opponents.

According to Brett Quick, the head of government affairs at the Crypto Council for Innovation, “every indication that I’ve gotten from members that have been working on this stuff for a long time, is that they still really want to balance the need for consumer and investor protection and appropriate guardrails that bring certainty to the markets in the US, promoting innovation and keeping that here in the US”. 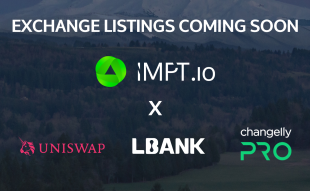