Homenewscryptocurrency regulation is it a security 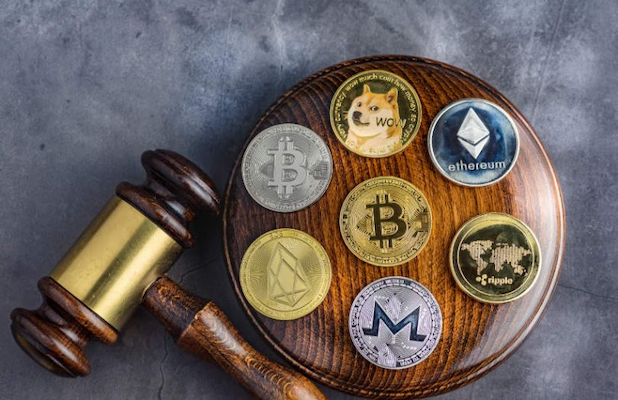 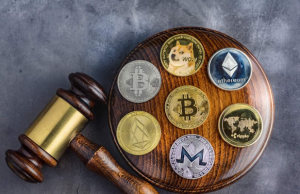 A concerted effort is being made to control the cryptocurrency market by the Securities and Exchange Commission (SEC) and other U.S. market regulators. But a significant unanswered query that is essential to their objectives is: Bitcoin: A security or not?

The word “currency,” which was specifically chosen by the founders of the movement to emphasize their desire to replace fiat currencies as both a store of value and a medium of trade, belies the problem. Since the debut of Bitcoin (BTC) in January 2009, it’s safe to say that the cryptocurrency market has evolved into the “Wild West” of financial markets. It was previously shielded from governments and other regulatory agencies’ prying eyes by the decentralized architecture of the system.

The exact lack of regulation surrounding cryptocurrencies is what makes them so alluring to many aficionados. But because there aren’t many restrictions in place, bad actors can easily take advantage of trusting investors.

In addition to prolonging the crypto winter, the TerraUSD meltdown in May destroyed more than $600 billion in value and resulted in a wave of bankruptcies. In response, the Biden administration outlined a framework for cryptocurrency development that hinted at cryptocurrency regulation.

Let’s examine the current situation with regard to cryptocurrency regulation to try and determine whether or not it qualifies as a security.

Gensler of SEC considers cryptocurrencies to be securities

Gary Gensler, the chair of the SEC, has publicly expressed his concern with the condition of cryptocurrency regulation at the moment. According to Gensler’s infamous statement from June, cryptocurrency exchanges that don’t work with the SEC are “working outside of the law” and could face enforcement action.

The claim that cryptocurrencies are securities is at the center of Gensler’s case for establishing the SEC the sheriff of crypto. What are securities, though? The definition of a security is spelled out in excruciating detail in the Securities Act of 1933 and the Securities Exchange Act of 1934. But the Howey Test is a more useful reference.

The 1946 Supreme Court decision in SEC v. W.J. Howey Co. that established the Howey Test was repeatedly upheld in court. According to the Howey Test, a transaction qualifies as a security if it satisfies all four of the following requirements:

* There is an expectation on the part of the investor that they will make a profit;

* The investment is in a common enterprise.

* Through the efforts of others, profits are produced.

In a statement on September 8, Gensler noted that “promoters are marketing and the investing public is buying most of these tokens, touting or anticipating returns based on the efforts of others.”
He reaffirmed his position on cryptocurrency during a recent appearance on CNBC. “The law is unambiguous. According to the available information, I think that the majority of these tokens are securities”, he added.

According to federal securities regulations, those cryptos must be registered with the SEC.

The SEC Has Turned its Attention to Crypto

The SEC declared in May that it was virtually tripling the size of its Cyber and Crypto Assets Unit. Since then, the Department of Justice (DOJ), Commodity Futures Trading Commission (CFTC), and SEC have increased their involvement in crypto enforcement.

Look at a few of the extensive list of charges:

* On September 19, the SEC filed a complaint against crypto influencer Ian Balina for failing to disclose payments he received for publicizing an unregistered sale of Sparkster cryptocurrency assets.
* On September 22, the CFTC reached a settlement with bZeroX and its creators over alleged violations of the CEA and CFTC rules.
* The Hydrogen Technology Corp. and its former CEO were accused by the SEC of selling crypto asset securities without a registered sale and manipulating their prices on September 28.

According to Bloomberg, the popular cryptocurrency exchange Coinbase (COIN) is under investigation by the SEC for enabling customers to trade unregistered securities. The SEC also charged a former Coinbase product manager with insider trading and declared nine cryptocurrencies to be securities despite Coinbase’s insistence that it doesn’t list securities.

In connection with allegations that she failed to disclose remuneration she received for endorsing the cryptocurrency asset EthereumMax on Instagram in June 2021, reality TV personality and social media influencer Kim Kardashian agreed to pay a $1.2 million settlement to the SEC at the start of October. More than four times as much as her promotion pay was the SEC penalties.

Based on the punishment imposed on Kardashian, the SEC may be more concerned with the public perception of its crypto enforcement actions.

The SEC and Ripple (XRP)

The SEC and Ripple (XRP) are engaged in a legal dispute over the sale of XRP in what is now the other significant ongoing cryptocurrency regulatory conflict. The SEC has filed accusations against Ripple, stating that the company raised more than $1.3 billion through an ongoing, unregistered offering of digital asset securities, and that its sales of XRP constitute unlawful securities offerings.

In response, Ripple argues that XRP is a virtual currency and not an investment contract and is therefore exempt from SEC securities rules. According to BroadPeak Partners CEO Gordon Allott, the Ripple matter should be resolved shortly and fighting the SEC will be difficult. “Your crypto may become a security depending on what you do with it. The SEC will take notice if you employ cryptocurrency issue to finance your business.”

The STOCK Act and crypto

The Stop Trading on Congressional Knowledge Act of 2012, also known as the 2012 STOCK Act, might give cryptocurrency investors information into where Congress stands on the subject, according to attorney William Powers, a partner at Nossaman.

According to the 2012 STOCK Act, all members of Congress must publish transactions involving “stocks, bonds, commodities futures, and other kinds of securities” on their websites within 45 days.
According to the U.S. House and U.S. Senate ethics guidelines, members of Congress are required to declare cryptocurrency transactions since they may be considered “other forms of securities” for purposes of the STOCK Act.

Subsequently, a number of Congressmen revealed their cryptocurrency transactions.
These reports show that, at least in terms of trading by members of Congress, there “appears to be unanimity” that cryptocurrencies are regarded as a category of security covered by the STOCK Act.

As regulators continue to research the sector and choose the best course of action, the future of U.S. crypto regulation is still up in the air.

Early in 2023, the U.S. Treasury Department is anticipated to finish its “illicit finance risk assessment” of non-fungible tokens (NFTs) and decentralized finance (DeFi). The SEC’s staff has been tasked by Gensler to “fine-tune compliance for crypto security tokens.” However, other experts argue that further rules may not always be harmful for cryptocurrency investors.

“Having cryptocurrency rules in place would ensure that initiatives, exchanges, and other businesses connected with cryptocurrencies are held to a higher standard and as a result, investors would benefit. Additionally, it safeguards investors’ interests by enabling legal action against cryptocurrency frauds and projects that violate these laws”, according to Bobby Ong, co-founder and COO of CoinGecko.

However, according to Jeremy Wagner, a financial analyst at Trading Pedia, crypto regulation will also be expensive for crypto aficionados. “More regulation may also result in more limitations on the purchasing, selling, and using of cryptocurrencies. Additionally, extra rules might make it more challenging for creative new cryptocurrency projects to get off the ground. 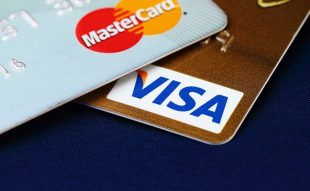 Join Our Telegram channel to stay up to date on breaking news coverage Visa, ...