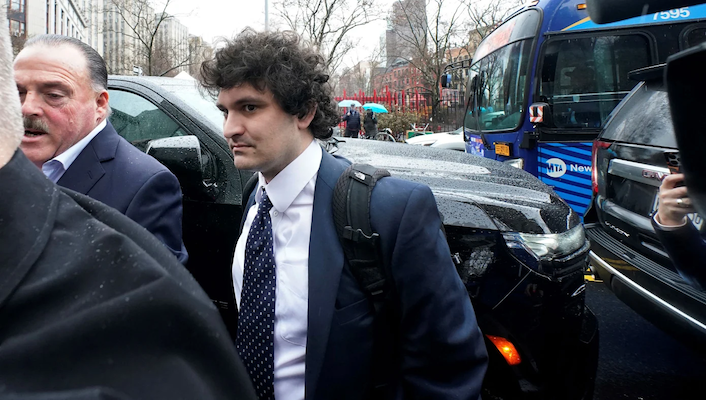 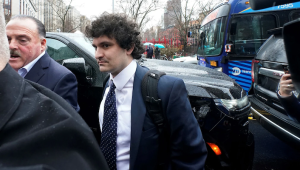 Government officials have informed a virtual court hearing in Delaware that the U.S. Federal government has confiscated or is in the process of confiscating a number of assets that may be connected to the insolvent cryptocurrency corporation FTX, including a number of shares in trading app Robinhood.

As Department of Justice investigations into former FTX CEO Sam Bankman-Fried and top employees Gary Wang and Carolyn Ellison continue, the assets may eventually be the subject of forfeiture proceedings.

FTX, which declared bankruptcy on November 11, has asked a federal court to rule on the ownership of Robinhood shares valued at around $450 million. Between insolvent cryptocurrency lender BlockFi, Bankman-Fried, and FTX creditor Yonathan Ben Shimon, ownership of the shares is in dispute.

According to Department of Justice counsel Seth Shapiro, one of the requests was “connected to Robinhood shares, which the federal government has also confiscated,” in a Delaware bankruptcy court on Wednesday.

We believe that these assets are not property in the bankruptcy estate.

According to Shapiro, “We believe that these assets are not property in the bankruptcy estate” or are exempt, thus they do not need to be frozen like the majority of FTX assets are, pending wind-up.

In order to prevent criminals from profiting from the proceeds of crime, Shapiro stated that assets had been confiscated from or were being processed for seizure from a number of banks, specifically noting Silvergate, a lender intimately associated with FTX.

Later, an attorney for FTX from Sullivan and Cromwell identified on a screen as Brian Glueckstein said he wanted to make it clear that these seizures were related to the Department of Justice’s ongoing investigation into Bankman-Fried, not to FTX’s bankruptcy case as a civil issue.

Bankman-Fried entered a not guilty plea on Tuesday to a number of counts brought by the DoJ, including wire fraud and money laundering.

Meetings between SBF and senior Biden officials, according to the White House, were about the pandemic

Sam Bankman-Fried, the disgraced founder of FTX, met with senior Biden administration officials in the White House on four occasions throughout 2022, including a meeting that was recently made public on September 9.

White House Press Secretary Karine Jean-Pierre stated that all talks between White House officials and the deceased crypto tycoon’s nonprofit pandemic preparedness programs were the main topic of discussion when questioned about it during a press briefing on Tuesday. However, she added that the discussions might have also involved “generic knowledge” about the bitcoin market and cryptocurrency exchanges.

The White House regularly talks with officials from a range of businesses and sectors, including leaders in business, labor, and non-profits.

In answer to a query from Bloomberg White House writer Josh Wingrove, Jean-Pierre stated that “the White House regularly talks with officials from a range of businesses and sectors, including leaders in business, labor, and non-profits.”

Two of President Biden’s most senior aides, Steve Ricchetti and Bruce Reed, met with Bankman-Fried on numerous occasions. Because of their positions in the administration, both officials hold offices that are only a few steps from the Oval Office.

Meetings between Bankman-Fried and Ricchetti and Reed all took place in the West Wing.

Gabriel Bankman-Fried, Bankman-brother, Fried’s also had two meetings with top White House officials in 2022.
While the majority of the encounters took place in the spring, records made public at the end of December indicated that Bankman-Fried visited the White House for a fourth time in September, only a few weeks before his $32 billion crypto enterprise fell apart in an unprecedented way.

The then-billionaire was urging lawmakers to pass the Digital Commodities Consumer Protection Act (DCCPA), a framework for crypto regulation that, while potentially devastating to some sectors of the crypto industry, would have treated centralized exchanges like FTX much more favorably, in the early fall, around the time of Bankman-final Fried’s trip to the White House.

The crypto CEO gave $46.5 million to political causes in the months before Bankman-implosion, Fried’s including $5 million to a political action committee (PAC) that funded a nationwide pro-Biden ad campaign in the last weeks of the 2020 presidential election.Since then, numerous politicians have returned the donations or given comparable sums to charities.

The President may refund any money received to Bankman-Fried, but Press Secretary Jean-Pierre has declined to say if he believes any other Democratic lawmakers should do the same.

Jean-Pierre reiterated that denial on Tuesday. 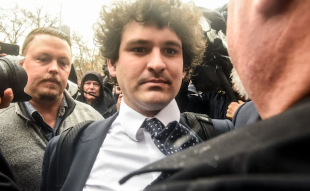 Bankman-Fried enters a not guilty plea