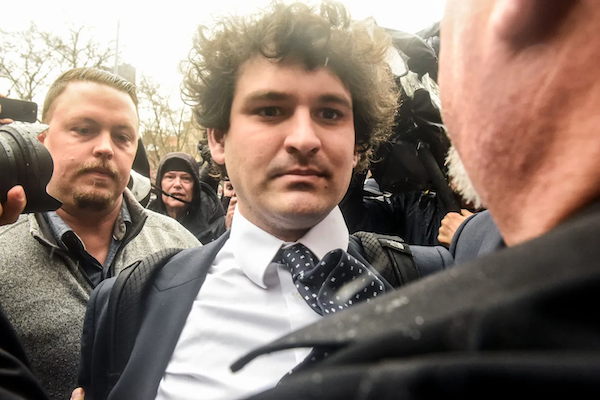 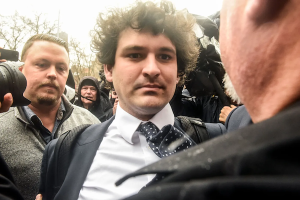 Sam Bankman-Fried, the creator of FTX, entered a not guilty plea on Tuesday and will go on trial in October. This case is expected to be one of the most publicized white-collar fraud cases in recent memory.

In a blue suit, white shirt, and blue tie, Bankman-Fried made an appearance in US District Court in New York. He was seated at the defense table between Mark Cohen and Christian Everdell. After US prosecutors stated they anticipate presenting all of the case’s evidence over the next four weeks, US District Judge Lewis Kaplan set the trial date for Oct. 2.

Although the plea was expected, it gives the 30-year-old extra time, according to attorneys. Bankman-Fried will obtain a better understanding of the prosecution’s case against him and formulate a strategy. The plea sets the case up for a protracted trial that might go on for at least four weeks.

Ahead of a New York hearing planned for 2 p.m. on Tuesday, Bankman-Fried emerged from a black SUV into a gathering of media personnel. Eight criminal accusations, including wire fraud and violations of campaign finance laws, were unveiled against him in December by US prosecutors in Manhattan.

In summarizing the evidence against Bankman-Fried, Assistant US Attorney Danielle Sassoon pointed out that FTX had a special connection to Alameda from the start, which permitted it to be given preferential treatment. The US requested that the judge impose an additional bail condition that would prevent Bankman-Fried from having access to or transferring any FTX or Alameda Research assets.

The request follows last week’s Bloomberg News story that federal prosecutors were investigating into a number of cryptocurrency transactions connected to online wallets linked to Bankman-Fried. Sassoon stated that although there is currently no proof that Bankman-Fried was responsible for the transfers recorded last week, prosecutors are looking into it.

While SBF has disputed making the transfers in a tweet, Sassoon noted that he has previously made false assertions in that manner, adding that “we do have worries that within a period of a few days further assets could become inaccessible.”

None of these are me. I'm not and couldn't be moving any of those funds; I don't have access to them anymore.https://t.co/5Gkin30Ny5

In December, a magistrate judge approved $250 million in bail for Bankman-Fried. Earlier today, Bankman-Fried requested that the identities of two people who will assist him in obtaining bail be kept a secret from US District Judge Lewis Kaplan. On Tuesday, Judge Kaplan stated that he would allow the request awaiting any requests for the names of the guarantors to be made public by the press or any parties. According to the prosecution, appointments have been set up to speak with each potential surety for Bankman-Fried’s bail.

In order to handle the investigation and prosecution of cases related to the collapse, a task force of senior prosecutors made up of members of units looking into money laundering, public corruption, securities and commodities fraud, and transnational criminal enterprises has been formed, according to Manhattan US Attorney Damian Williams, who is leading the Bankman-Fried case. The task force will “track and recover victim assets” using the asset forfeiture and cyber capabilities of the office.

The group will be supervised by the heads of the securities and commodities fraud unit with input from the heads of the public corruption and money laundering and transnational criminal enterprise units. The group will be led by the office’s chief counsel Andrea Griswold, who also serves as a co-chief of the Securities and Commodities Fraud Task Force.

All the processes of going to trial will start rolling after the arraignment.

According to law professor and former white collar defense attorney Andrew Jennings, “all the processes of going to trial will start rolling after the arraignment.” The government and Bankman-Fried can still work out a plea agreement, though.

Bankman-Fried would probably be debating whether or not he should and could negotiate a plea agreement, according to Jennings, who is currently a professor at Brooklyn Law School. In that situation, the prosecution may be inclined to modify the recommended prison time for Bankman-Fried that they submit to the judge or drop one or more charges.

Jennis said that going to trial will have some dangers, even if it’s a solid case.

Even if you have a strong evidential case going to trial, it does carry some risks. If the case is going to take weeks, it does take a very serious commitment of government resources. So the government, in general, is always open to reaching some agreement if it avoids the cost of trial.

Additionally, pleading innocent gives up avenues for discovery. Bankman-Fried and his legal team, lead by defense lawyer Mark S. Cohen, will have more knowledge of the prosecution’s evidence, including any potential exculpatory evidence.

In an earlier statement, US Attorney Damian Williams said the government had spoken to dozens of FTX workers and obtained hundreds of pages of documents, including emails, bank records, and Signal chats.

Some of Bankman-closest Fried’s friends and business partners, including former Alameda Research CEO Caroline Ellison and FTX Chief Technology Officer Gary Wang, are the government’s star witnesses. In cooperation agreements forged with the government while Bankman-Fried was still in the Bahamas, they have admitted guilt to fraud charges.

Bankman-usefulness Fried’s as a cooperator is significantly weakened by the fact that he is at the top of the FTX hierarchy, even though negotiating a plea is one thing.

Tim Howard, a defense attorney and former prosecutor for the Southern District of New York, stated that even if Bankman-Fried wanted to collaborate, the US Attorney’s Office “would only consent to do so if he delivered real value.” As Bankman-Fried is probably at the top of their organizational pyramid and the SDNY does not want to cooperate downward, it seems improbable.

In the US, only a small percentage of criminal cases proceed to trial. After US authorities filed an indictment accusing him of leading a years-long fraud through the cryptocurrency exchange, the FTX founder was detained in the Bahamas on December 12.

Authorities claim that under the pretense that FTX had adequate controls and risk management procedures, Bankman-Fried defrauded investors out of $1.8 billion. The devastating fall of FTX in November and subsequent bankruptcy filing destroyed confidence in the cryptocurrency sector.

Additionally, he is charged with misappropriating cash from FTX clients to pay for personal costs, real estate purchases, and trading at the hedge fund he founded in 2017 called Alameda Research. Prior to his arrest, Bankman-Fried spoke with the media where he admitted to being a bad manager with supervision issues but insisted that he had not intentionally committed fraud.

He was extradited to the US last month and released from custody on a $250 million bail package. He is also facing civil action from the Securities and Exchange Commission and Commodity Futures Trading Commission. Those cases will likely be paused while the criminal case plays out. 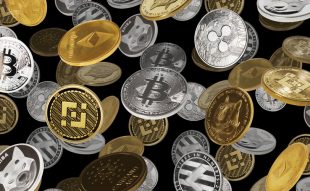 Experts Predict This New Token is the Next Cryptocurrency to Explode