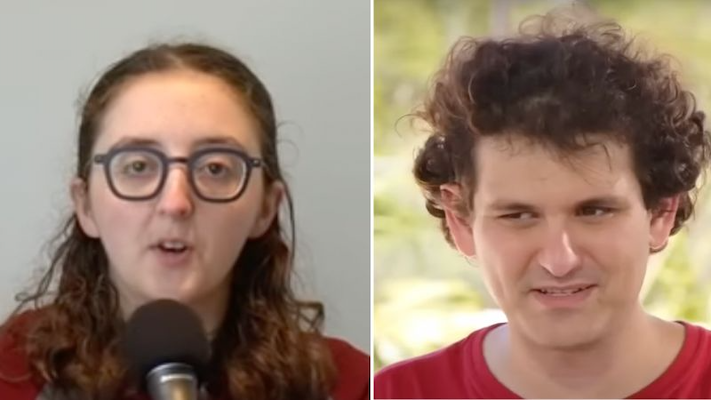 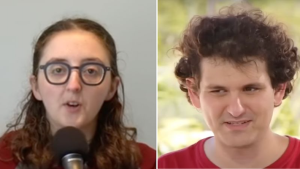 Caroline Ellison, a close friend of FTX founder Sam Bankman-Fried, apologized in court this week as she entered a guilty plea to fraud and other charges, telling the judge that she and others planned to deceive investors and lenders while stealing billions of dollars from customers of the failed cryptocurrency exchange.

According to a transcript of the hearing made available on Friday, Ms. Ellison, the former CEO of Mr. Bankman-Fried’s cryptocurrency trading company, Alameda Research, stated in court:

I am really sorry for what I did. I knew it was wrong.

Gary Wang, the former FTX chief technology officer, 29, and Ms. Ellison, 28, entered guilty pleas on Monday during separate proceedings in closed-door courtrooms. Both consented to assist the government’s investigation in exchange for the possibility of receiving sentences that were less severe.

Former love interest of Mr. Bankman-Fried Ms. Ellison entered a guilty plea to seven criminal charges, including fraud, conspiracy, and money laundering. She confessed to planning to siphon billions of dollars from FTX client accounts to pay back loans Alameda had taken out to make dangerous trades during her hearing.

Alameda had access to an infinite line of credit without having to submit collateral, pay interest on negative balances, or be subject to margin calls because of the unique settings implemented by FTX officials, she claimed.

I also heard that many FTX customers invested in crypto derivatives and that most FTX customers did not expect that FTX would lend out their holdings of digital assets and deposits in fiat money to Alameda in this manner.

Additionally, Ms. Ellison claimed that she and Mr. Bankman-Fried collaborated with others to hide the arrangement from lenders, including by obscuring on quarterly balance sheets the amount of borrowing by Alameda and the enormous loans the company had given to FTX executives and allies. According to her, Mr. Bankman-Fried was one of the executives who received loans from Alameda.

Ms. Ellison responded when the judge questioned her that she was aware of the illegality of what she was doing. She said that ever since FTX’s collapse, she has put forth a lot of effort to help consumers recover their assets and support the government’s investigation.

Federal prosecutors asked that all records pertaining to Ms. Ellison’s plea agreement be temporarily sealed, and U.S. District Judge Ronnie Abrams approved their request at the hearing. Mr. Bankman-Fried had not yet legally agreed to his transfer to U.S. custody at the time and was being held in a jail in the Bahamas after the Justice Department asked local police to arrest him.

We’re still expecting extradition soon, but given that he has not yet entered his consent, we think it could potentially thwart our law enforcement objectives to extradite him if Ms. Ellison’s cooperation were disclosed at this time.

In front of the same judge, Mr. Wang entered a guilty plea. He confessed before Judge Abrams that he was doing something wrong and illegal. “I was directed to and consented to make certain changes to the platform’s code as part of my employment at FTX,” he said, adding that he carried out the changes knowing they would grant Alameda Research privileged access to the FTX platform.

Mr. Wang’s attorney declined to comment. Mr. Wang, according to what he has previously said, takes his obligations as a cooperating witness seriously.

SBF, arrested then released on bail

The Justice Department filed eight counts of fraud and conspiracy against Mr. Bankman-Fried earlier this month in connection with the collapse of his business. On Thursday, after his first court appearance in New York following his extradition from the Bahamas, he was released from detention on a $250 million bond. A federal magistrate judge imposed severe limitations on Mr. Bankman-Fried, including the requirement that he remain in the Palo Alto, California, residence of his parents and be subject to electronic surveillance.

Although Mr. Bankman-Fried has acknowledged making mistakes that led to FTX’s bankruptcy, he has refuted accusations of fraud.

The SEC complaint against Ellison

The creator of FTX has asserted that he didn’t “knowingly commingle funds” between Alameda and FTX, but the SEC’s complaint this week claims that he frequently gave orders to Ellison to falsify or manipulate the trading company’s financial condition.

In the 38-page report, the term “at Bankman-Fried’s direction” appears twelve times, most frequently in relation to Ellison.

According to the SEC lawsuit, Ellison was “responsible for Alameda’s day-to-day functioning” up until last month.

Ellison is charged with manipulating the price of FTT, the exchange’s token that is frequently pledged as security for hidden loans by FTX.

The SEC complaint places some of the blame on Ellison, saying that the former cryptocurrency tycoon “directed Alameda to manipulate the price of FTT by purchasing substantial quantities of FTT on the open market to support its price.”

The complaint claims that Alameda and Ellison “actively engaged in the trading of FTT on more than one occasion at Bankman Fried’s directionwith the intention of supporting the price of the token.” Alameda changed the trading parameters of its trading bots on several instances to support the FTT price.

According to the lawsuit, “this manipulative action was in furtherance of Defendants’ scheme” since it permitted Ellison and Alameda to continue borrowing while hiding Alameda’s genuine risk exposure.

Ellison utilized cash that were diverted from FTX customers’ deposits into Alameda to pay off debt to outside lenders and carry out speculative transactions with scant regard for risk.

According to the SEC, both Ellison and Wang “understood that none of this was disclosed to FTX equity investors or to the platform’s trading users.”

Each quarter, Ellison would create the balance sheets to represent these third-party lenders, but he omitted to mention that the money behind these “loans,” which were really just deposits from FTX customers, came from the exchange.

Instead, to conceal Alameda’s entangled financial relationship with FTX, “Ellison, under Bankman-Fried’s direction merged this responsibility with loans Alameda had obtained from third-party lenders,” according to the complaint.

After the shocking Coindesk piece was published, Bankman-Fried even instructed Ellison to tweet and publicly reassure investors that Alameda was “financially healthy.”

On November 6, Ellison stated that the balance sheet only showed the assets for a portion of his company’s corporate entities, which totaled more than $10 billion.

Given the tightening in the crypto credit industry this year, Ellison continued, “we’ve already repaid the majority of our loans.”

A few notes on the balance sheet info that has been circulating recently:
– that specific balance sheet is for a subset of our corporate entities, we have > $10b of assets that aren’t reflected there

The tweet implied that Alameda had more assets, meaning its financial health was greater than the balance sheet revealed, which was intended to provide customers false reassurance, according to the complaint. The tweet also failed to mention that Alameda owed FTX a sizable amount of money, which was not appropriately reflected on the balance sheet.

Contrary to the encouraging message in her tweet, the complaint states that Ellison was careless in failing to realize that Alameda was bankrupt at the time. 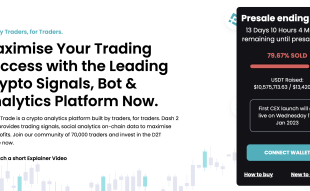 Dash 2 Trade Presale Ends In Less Than 2 Weeks – Get In Fast!