Homenewslatest ftx and sbf news i didnt move the funds 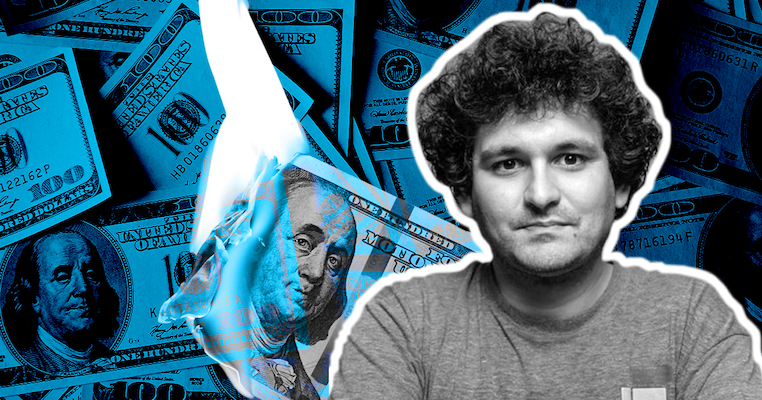 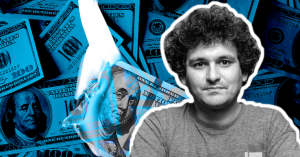 This week, cryptocurrency kept in Alameda Research-affiliated wallets worth more than $1.7 million was traded on exchanges and moved via coin mixers

It seems doubtful that the money is being moved by liquidators as part of bankruptcy proceedings involving FTX and Alameda because coin mixers are designed to conceal the movement of cryptocurrency cash between wallets.

As of Friday, a fictitious on-chain detective ZachXBT has discovered that the funds are still in motion. ZachXBT stated that Bitcoin had been transferred to Wasabi, a wallet designed specifically for Bitcoin that allows users to bundle transactions together in an effort to obscure their origins.

It is presently unknown who is moving the money from these wallets, but several cryptocurrency experts suggested Bankman-Fried because he is now at home and obviously has access to the internet. He denied it, but other well-known crypto developers, investors, and figures swiftly replied to his tweet to call him a liar and a con artist.

Following a liquidity crisis, FTX and Alameda Research declared bankruptcy in November. According to reports, the companies’ client cash were missing in the billions of dollars. Alameda is accused of using FTX customers’ money to cover trading losses it suffered this summer when the cryptocurrency market fell.

Following his first denial, Bankman-Fried tweeted his own theory: “It is certainly the case that many legitimate legs of FTX have the ability to access these assets; perhaps that’s what’s happening here.” “If any regulators wished, I would be willing to help advise them on this,” she said.

On FTX fraud charges, Sam Bankman-Fried is anticipated to enter a not guilty plea.

As he faces eight federal charges in the Southern District of New York connected to the failure of his crypto exchange, Sam Bankman-Fried is anticipated to submit a plea of “not guilty” next week, according to a report from the Wall Street Journal, citing a source familiar with the matter.

Sam Bankman-Fried, the founder of Alameda Research, turned to Twitter this week to disclaim any involvement in a string of enigmatic transfers and token swaps from wallets connected to the trading firm that folded in November alongside sibling company FTX.

Bankman-Fried tweeted today, referencing a news article about the transactions connected to Alameda, “None of these are me. I’m not and couldn’t be moving any of those funds; I don’t have access to them anymore.”

None of these are me. I'm not and couldn't be moving any of those funds; I don't have access to them anymore.https://t.co/5Gkin30Ny5

Bankman-Fried’s denial was his first tweet following his detention in the Bahamas on December 12. He was returned to the US last week to face eight fraud-related accusations from US prosecutors. He was freed to fly to Palo Alto to reside with his parents after his family provided the necessary security for his $250 million “appearance bond,” which was the biggest ever.

According to a Wall Street Journal story, Bankman-Fried is anticipated to enter a not guilty plea to the allegations in New York the following week.

On January 3, Bankman-Fried is anticipated to formally submit a not guilty plea in Manhattan

After a selloff of its FTT token and a liquidity crisis, FTX crashed in November. The exchange had recruited well-known people like Tom Brady and Larry David to boost its reputation as its worth grew to $32 billion by early 2022.

According to reports, the exchange had given trading business Alameda Research, which was reportedly a distinct company that was also created by Bankman-Fried, “hidden exemptions” from liquidation laws that allowed it to access a lot of liquidity. Following the demise of Terra this past summer, Alameda allegedly utilized billions of dollars in FTX client monies to patch up gaps in its own balance sheet.

In several interviews given after FTX’s demise, Bankman-Fried attributed the liquidity crisis to errors and poor management, but she denied knowing when to break the law or deceive investors.

New FTX CEO John J. Ray III outlined many failings of the company’s prior management in a bankruptcy filing in November, stating, “Never in my experience have I seen such a complete collapse of corporate controls and such a complete absence of trustworthy financial information as occurred here.”

In the end, Bankman-Fried was detained in the Bahamas earlier this month, where FTX had its headquarters, and was charged by American authorities with eight charges of fraud.

The former crypto tycoon is also accused by the Securities and Exchange Commission of the United States (SEC), and FTX and Alameda are also named in a Commodity Futures Trading Commission (CTFC) case. After being extradited to the US last week, Bankman-Fried was given to his parents’ custody after posting a $250 million bond.

Customers Owed $1.9B by FTX Request the Court Not to Disclose Their Names

According to court filings, a number of FTX clients who are based outside of the US have requested that the court presiding over the cryptocurrency exchange’s bankruptcy case keep their names anonymous.

In a petition on Wednesday, the 15 creditors, who claim to be owed a combined $1.9 billion by FTX, stated that they preferred to remain anonymous because “cryptocurrency holders are particularly susceptible to fraud and theft.”

They continued in the complaint,

There are others that desire to safeguard their identities in addition to these FTX customers. On the company’s request, Judge John Dorsey, who is presiding over the case, opted to suppress the identities of the largest FTX creditors in November.

According to FTX, disclosing the identities of creditors could expose sensitive data, like email addresses or physical addresses, and jeopardize their security. Following the bankruptcy of the cryptocurrency exchange, the top 50 creditors are due an estimated $3.1 billion.

But last month, the New York Times, Dow Jones, Bloomberg, and the Financial Times launched a lawsuit demanding the names be made public. The judge then announced that he would let the media outlets present their case in January.

According to reports, FTX, which let users purchase, trade, and wager on the price of digital assets, collapsed in November due to flagrant mismanagement. In the history of corporate America, it was “one of the most rapid and difficult collapses,” according to James Bromley, counsel to FTX’s new management.

The company’s new CEO, John J. Ray III, a seasoned insolvency expert, asserted that FTX was so poorly run that its workers used consumer-level software like Slack and QuickBooks to manage the multibillion-dollar behemoth’s finances.

Ray, who worked with Enron’s bankruptcy as well as other significant bankruptcy cases, claimed that “a very small group of highly untrained and naive individuals” were to blame for the Bahamas-based company’s demise.

Sam Bankman-Fried, the former CEO of FTX who also formed the sibling trading company Alameda Research, is accused of mixing up customer investments without the knowledge of the clients.

Eight criminal accusations, including those for wire fraud and money laundering, as well as complaints from the U.S. Securities and Exchange Commission (SEC) and a lawsuit from the Commodity Futures Trading Commission are now being brought against Bankman-Fried (CFTC). On a $250 million bond, he is currently being held under house arrest at his parents’ home.

Last week, Bankman-Fried was extradited from the Bahamas, where he had been imprisoned for days prior to being sent to the US. 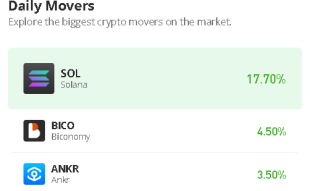