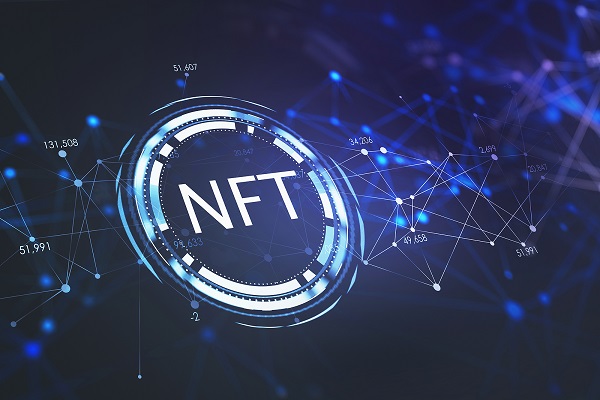 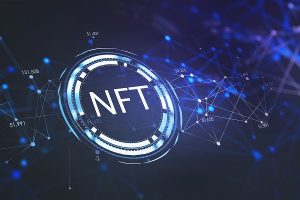 Non-fungible tokens (NFTs) are all the rage. Whether you’re an art aficionado or a true believer in Web3, NFTs are a great speculative investment at the moment. At the same time, investors who might be unable to buy NFTs directly can also find some of the top NFT coins to invest in.

The assets reviewed in this guide are closely related to one NFT or another, and they are poised to see gains as the NFT market continues to grow.

Kicking off our list of the top NFT coins to invest in is LBLOCK – the native token for the Lucky Block ecosystem. Lucky Block was built as an innovative online gaming platform that allows players to access several games via its ecosystem. The platform’s developers launched LBLOCK in January 2022 as an entry ticket to the game. 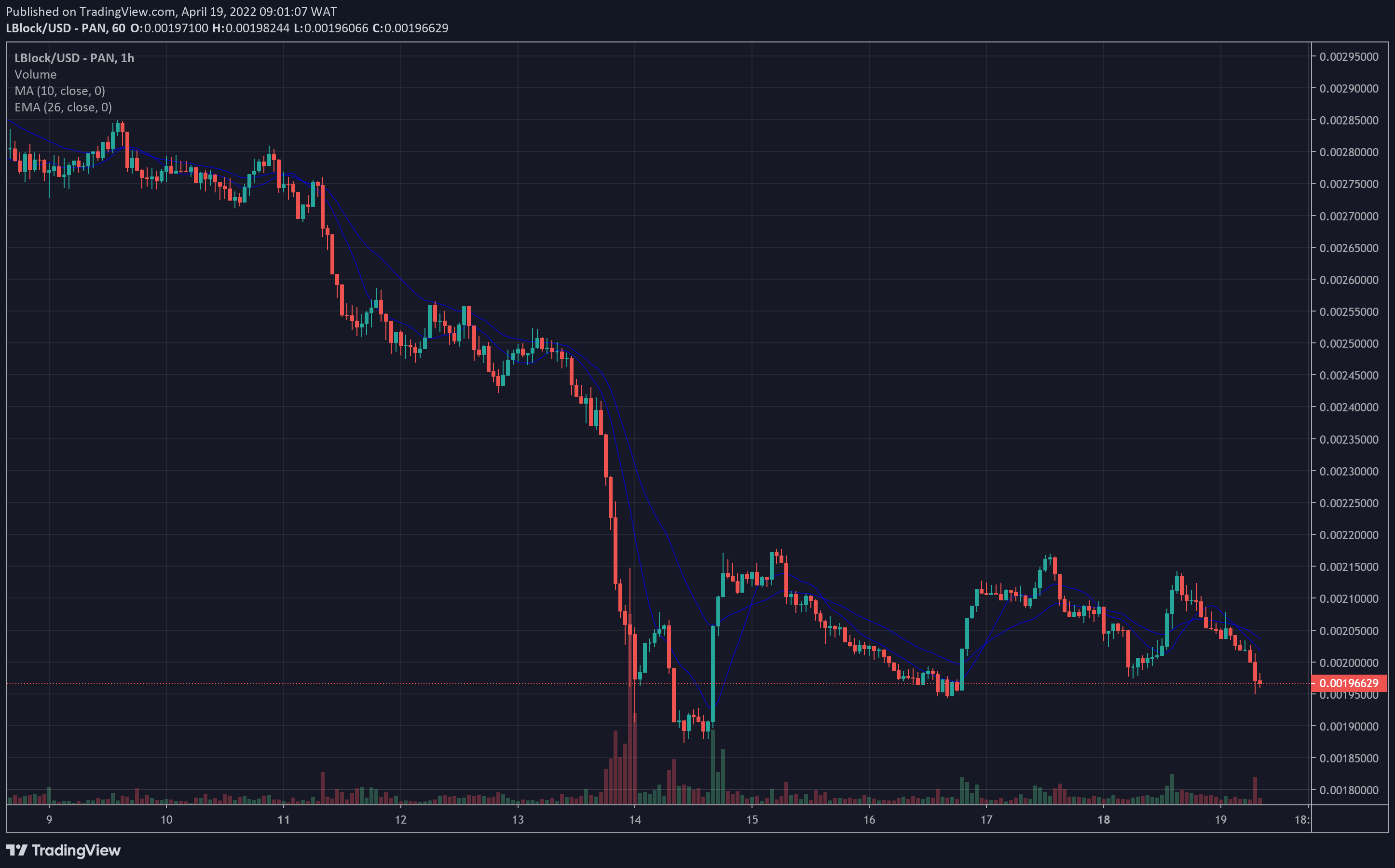 As part of their rollout strategy, the Lucky Block developers recently launched the Platinum Rollers Club – an NFT collection featuring over 1,000 pieces. Each NFT piece sells for $1,500, and the collection offers benefits like 10% on royalties and access to an exclusive club of holders.

Loopring is an Ethereum-based protocol that aims to enable developers to build scalable cryptocurrency exchanges. It is a layer-two protocol, which means it allows developers to capitalize on Ethereum’s resources without dealing with high fees or transaction latency. 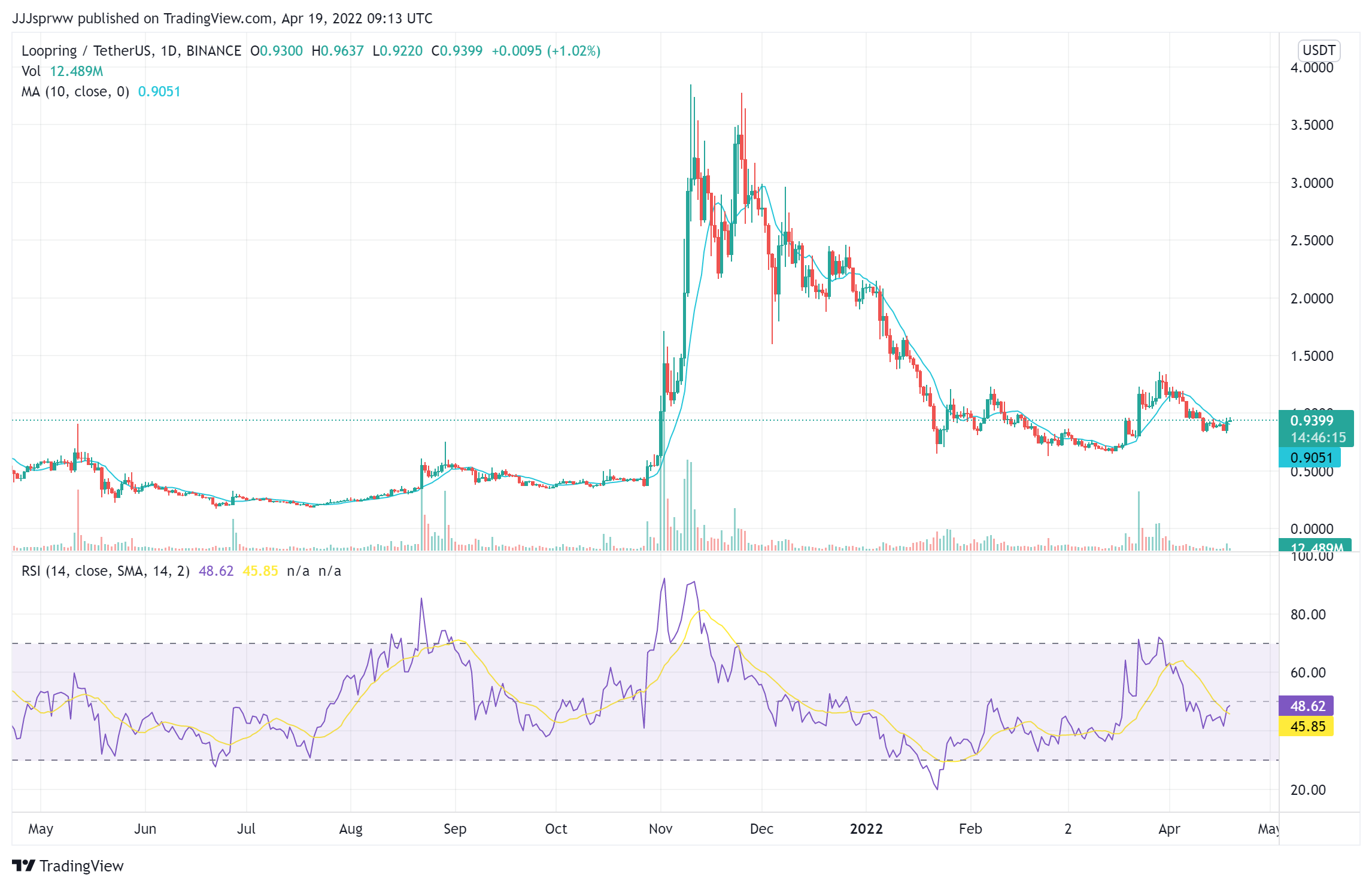 Recently, Loopring made a big entry into the NFT space by taking charge of the GameStop NFT marketplace. The popular game retailer is looking to enter the Web3 space, and it chose Loopring to be its springboard.

Additional initiatives like these will be beneficial for Loopring and LRC. They might not be popular right now, but there’s a lot of potential here.

Next, we have SOL – one of the top NFT coins to invest in. The asset powers Solana – one of the most popular blockchains in the market. With Solana diving deeper into NFTs by expanding support for them, SOL appears to be a great investment for NFT enthusiasts. 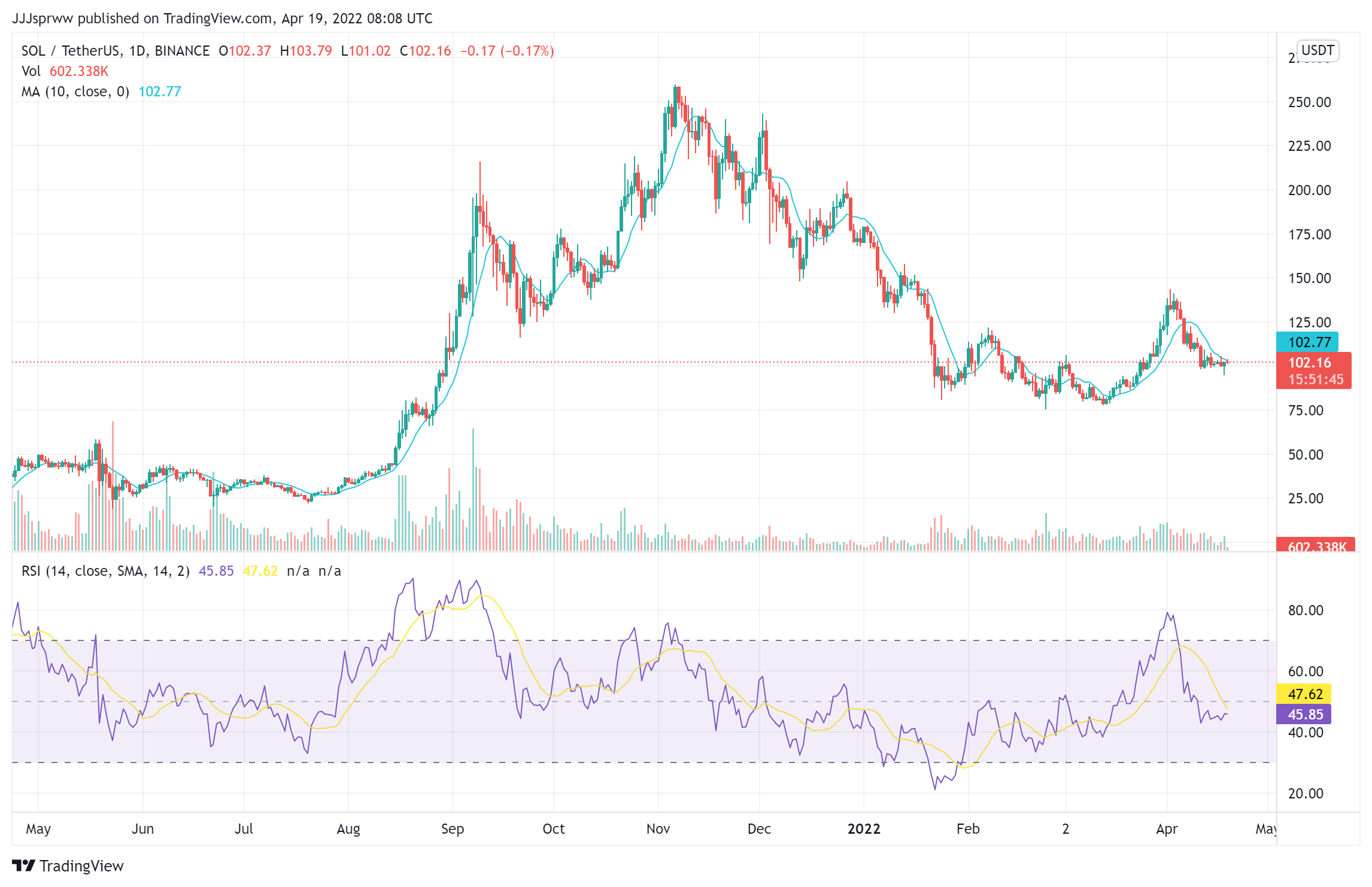 SOL currently trades at $102.16. This impressive jump of 6.86% in the past 24 hours is in line with the broader market’s bullish flip.

NFT activity on the Solana has been on the rise recently. Data from CryptoSlam shows that the blockchain has already processed over $1.6 billion in NFT transactions. With marketplaces like Magic Eden and Solanart also seeing jumps in trading activity, we expect this trend to continue in the long run.

Enjin is a blockchain platform looking to enable individuals and businesses to mint and sell their NFTs easily. As a layer-two protocol, it provides access to the Ethereum blockchains’ resources while allowing users to bypass Ethereum’s fees. 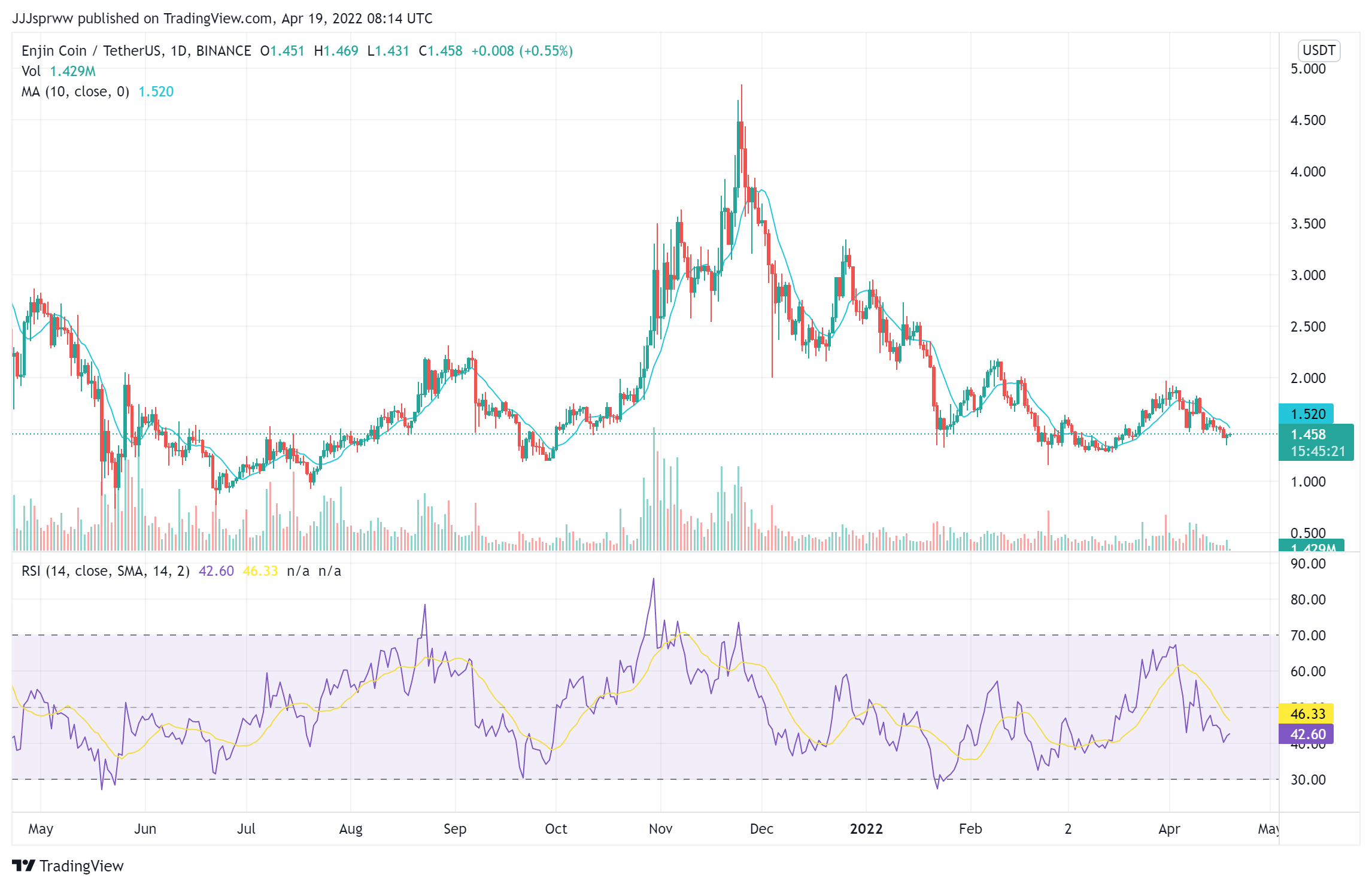 Analysts are especially excited about Enjin as the platform recently launched a parachain for the Polkadot network. This allows the protocol to expand beyond Ethereum, and it opens the door to more compatibility with NFTs on other blockchain platforms in the future.

THETA is the native token for the Theta Network – a new-generation blockchain platform that looks to transform how we stream videos. The digital asset enables developers to build decentralised applications (dApps) for video streaming and offers support for NFT creation and sales. 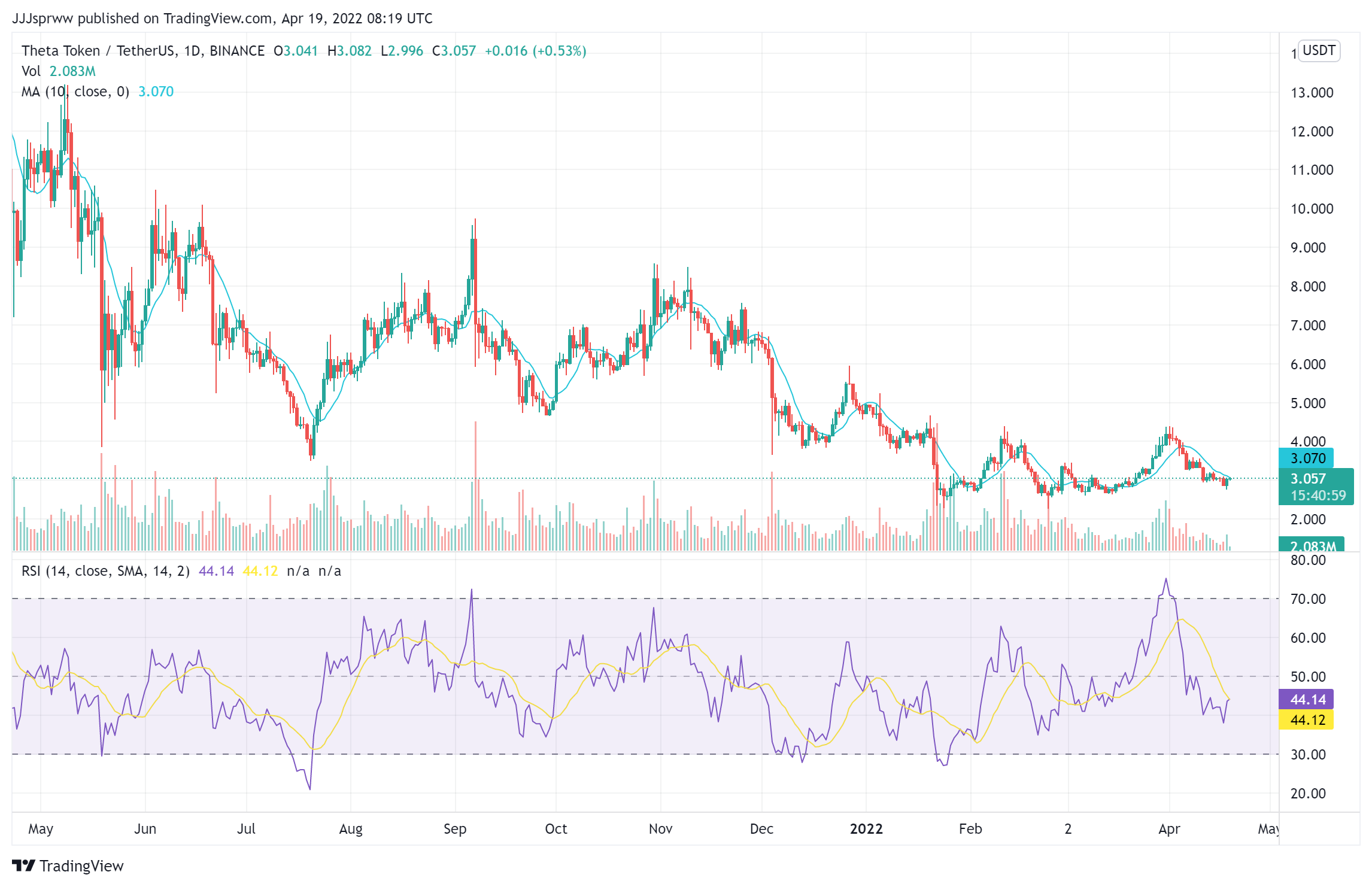 We selected THETA among our top NFT coins to invest in primarily because of ThetaDrop – the blockchain’s NFT marketplace. The platform recently hosted an NFT collection from the Pittsburgh Knights esports team. With more sports franchises launching NFTs and collectables to engage with their fans, we expect ThetaDrop to play a more prominent role in this space.

Chiliz is another blockchain platform that should play a prominent role as more sports teams look to launch NFTs. It provides an enabling environment for sports teams to build digital collectables and engage with their fans. 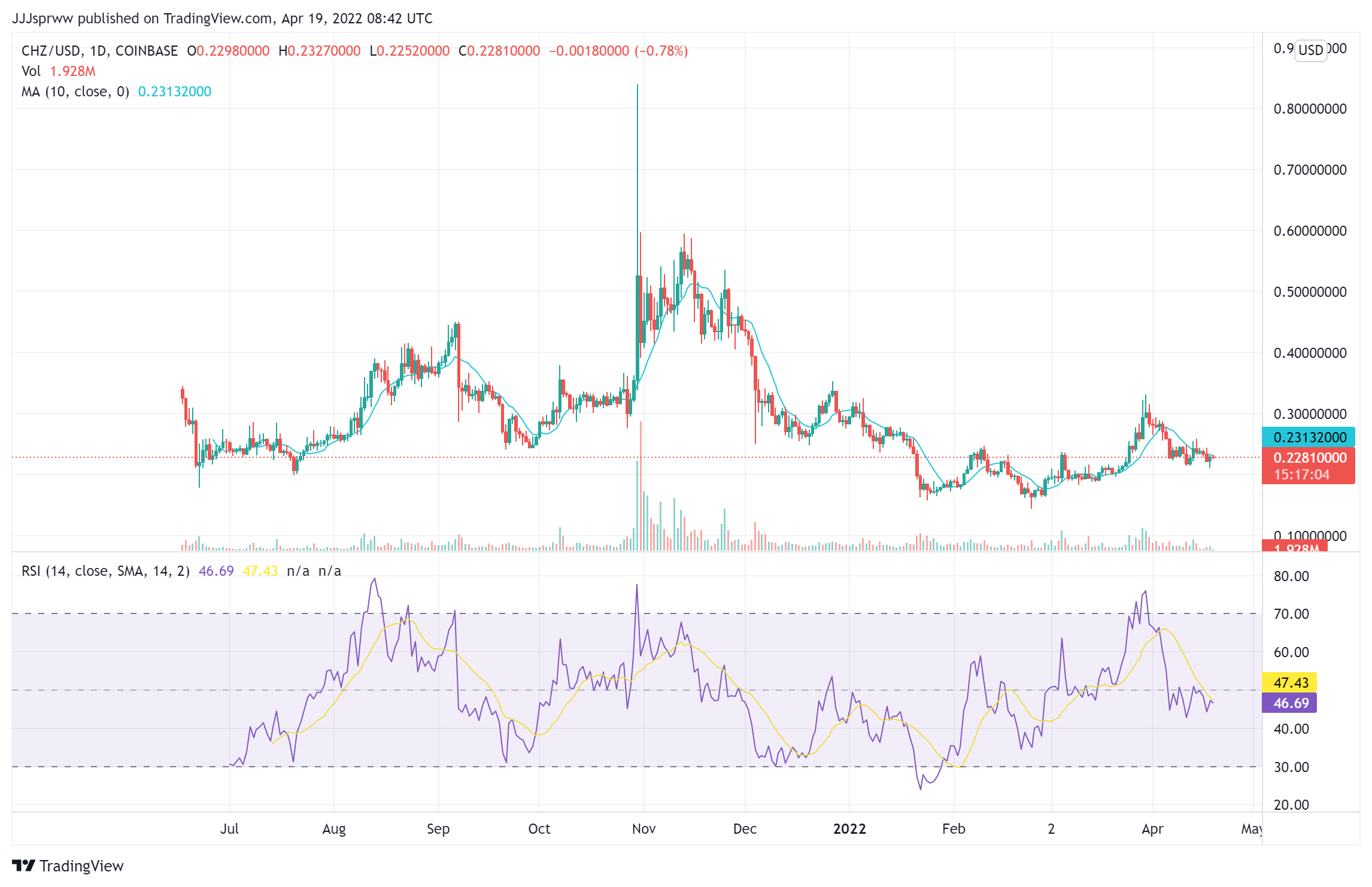 Recently, Chiliz launched a testnet for its layer-one network. The network will enable sports and entertainment brands to mint fan tokens and NFTs and build decentralised finance (DeFi) products.

Decentraland is one of the most popular blockchain gaming services right now. The platform operates as a virtual world where players can come in and purchase virtual land, which is represented by NFTs. MANA, its native token, powers Decentraland. 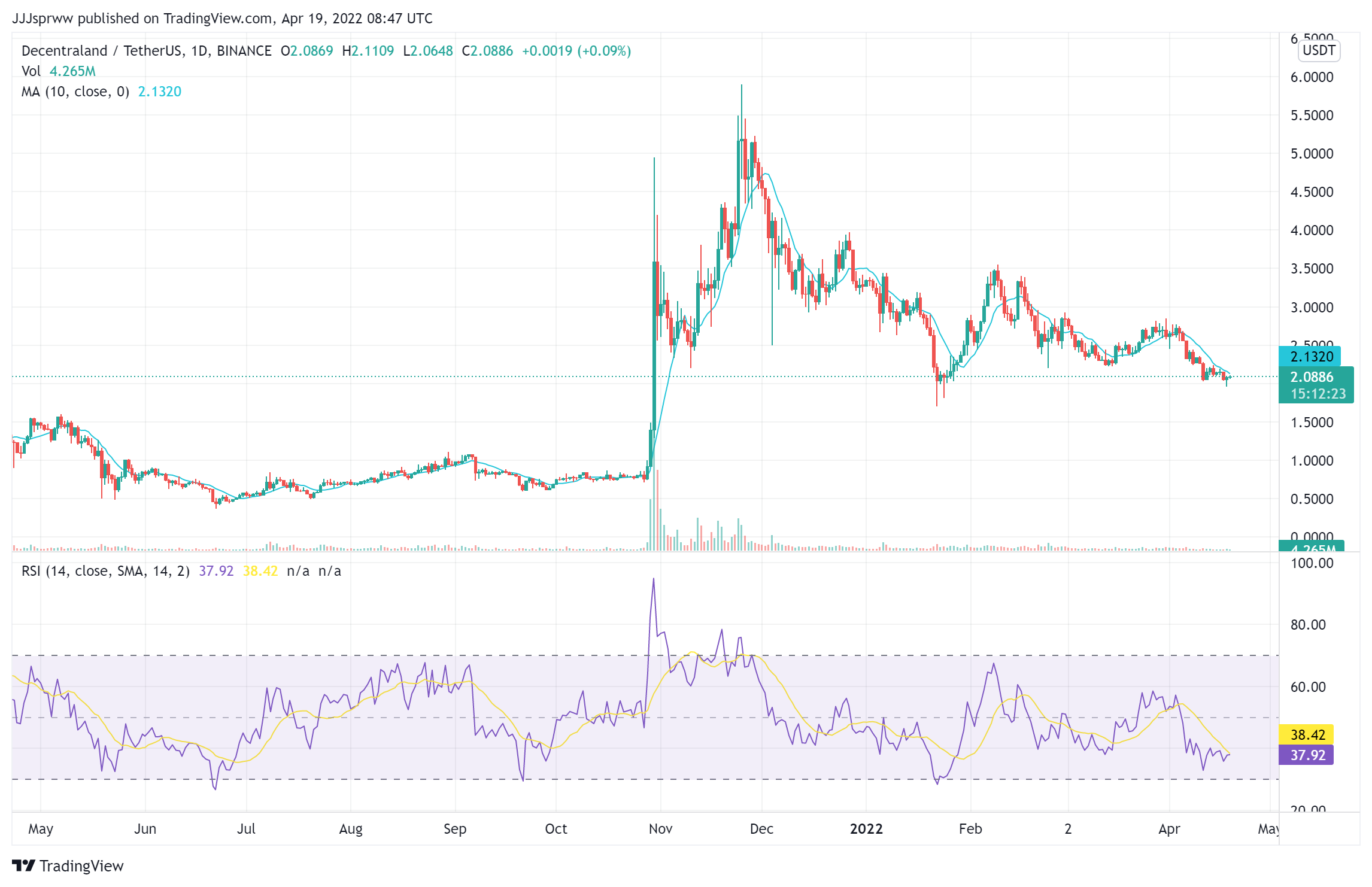 In line with the broader market, MANA is trading up 1% in the last 24 hours, with the price set at $2.08. Investors expect more gains as the market remains bullish.

Decentraland is one of those platforms that investors who believe in Web3 would want to keep an eye on. The platform recently hosted the first-ever Metaverse Fashion Week, inviting brands like Tommy Hilfiger and Dolce & Gabbana into the metaverse. Additional projects like these will only improve Decentraland’s popularity among investors.

Axie Infinity is arguably the most popular blockchain game right now. The game revolves around Axies – digital pets represented by NFTs, which can be traded and grown in the game. 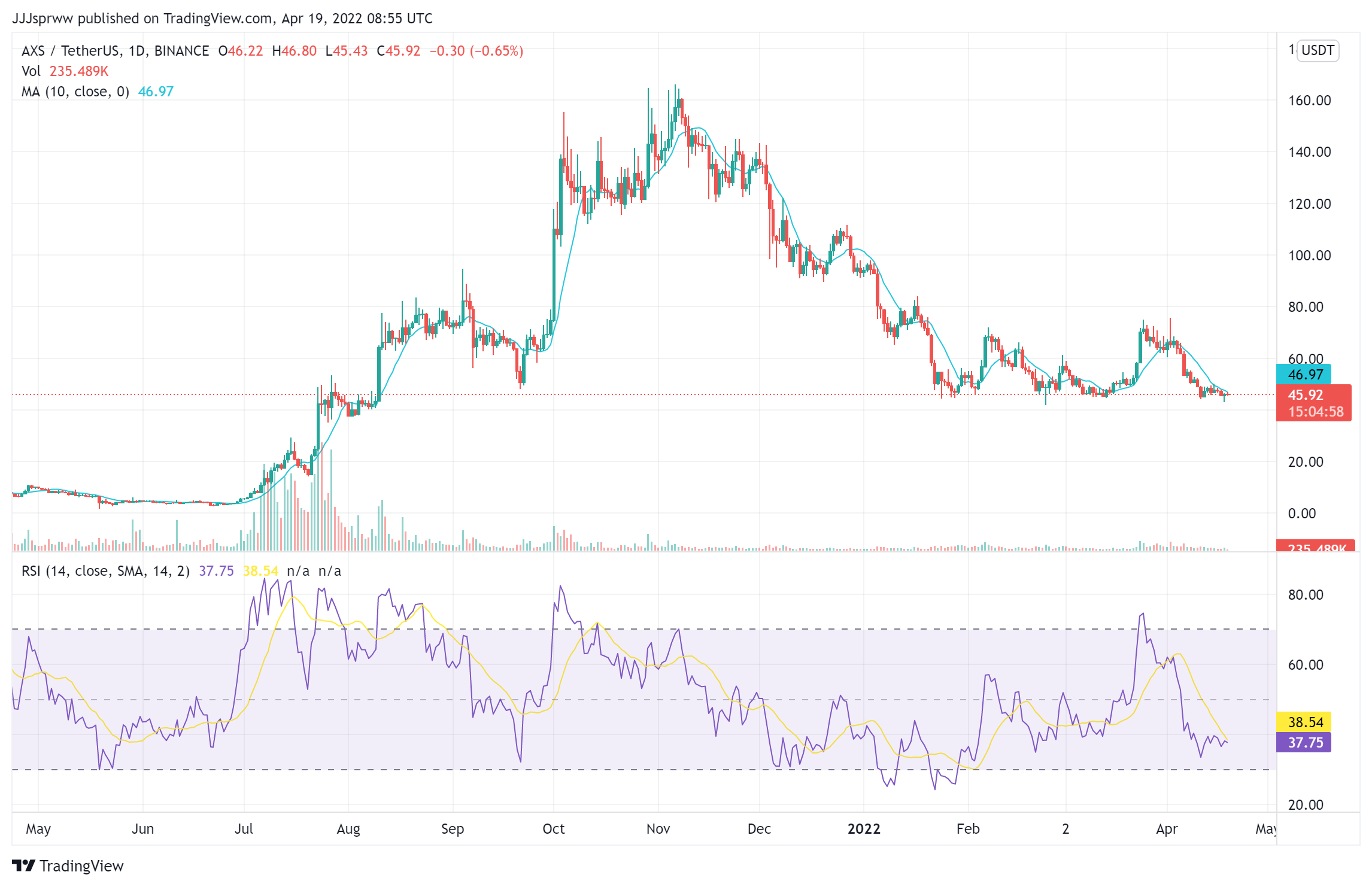 Recently, Axie Infinity suffered one of the biggest hacks in the crypto space as its Ronin Bridge was breached. Despite the setback, Axie has managed to raise $150 million, which will go towards reimbursing victims and relaunching the Ronin Bridge.

AXS, the game’s main token, suffered price drops due to the hack. However, it remains one of the best NFT coins to invest in right now. Trading at $45.92, the coin is up by 5.57% in the past 24 hours.

The Sandbox is another major platform for metaverse enthusiasts. The Ethereum-based virtual world is open for exploration and experiences, welcoming individuals and companies alike. 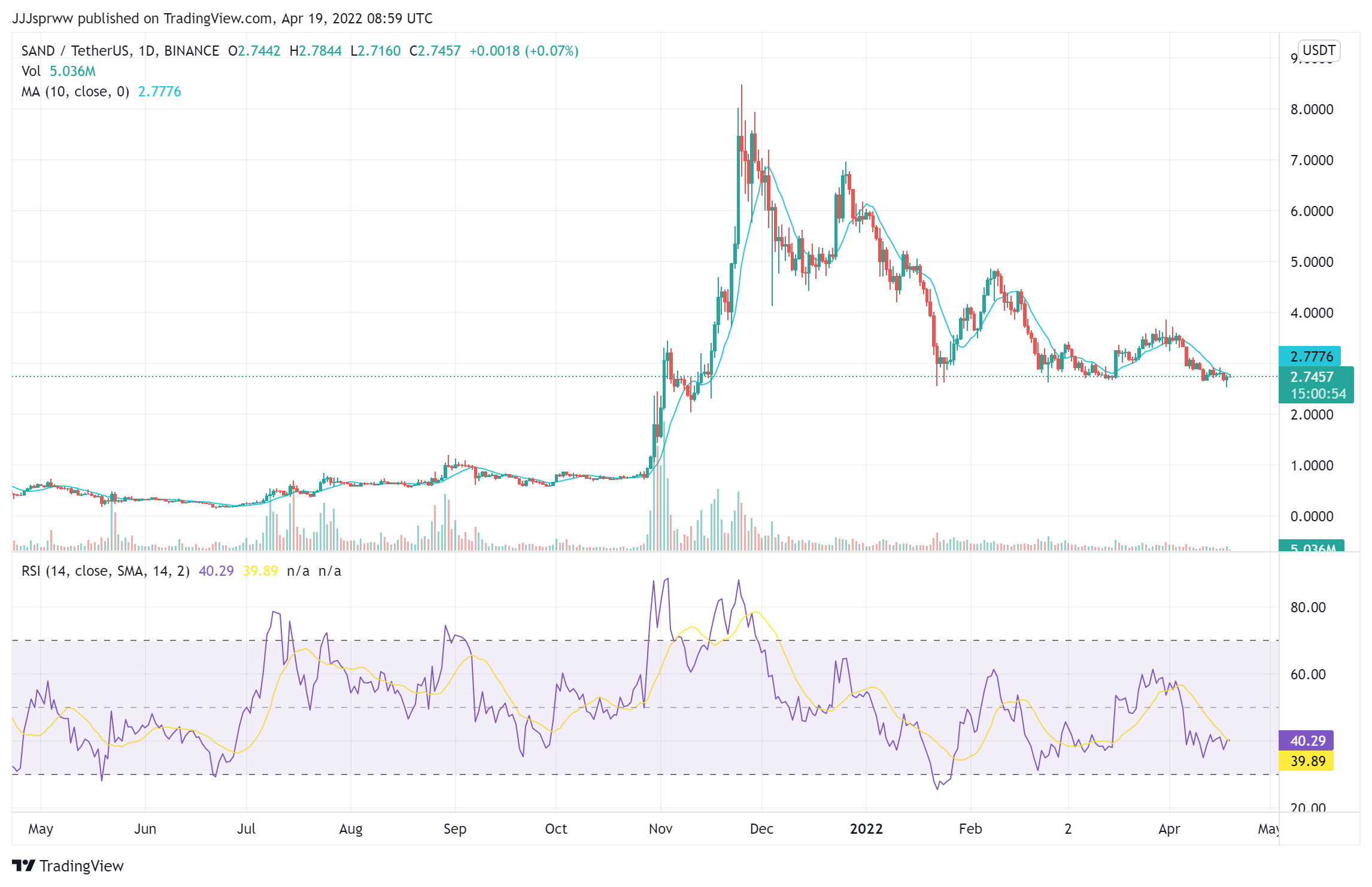 Over the past month, The Sandbox has welcomed Asian banking giant HSBC to its metaverse.

Partnerships like these would only boost The Sandbox’s profile – and the price of SAND tokens. The asset, which currently trades at $2.74, is up by 0.1% in the past 24 hours.

Tezos is one of the oldest blockchains in the market. The platform touts itself as a self-amending blockchain, treating issues and optimizing performance as more participants join its network. 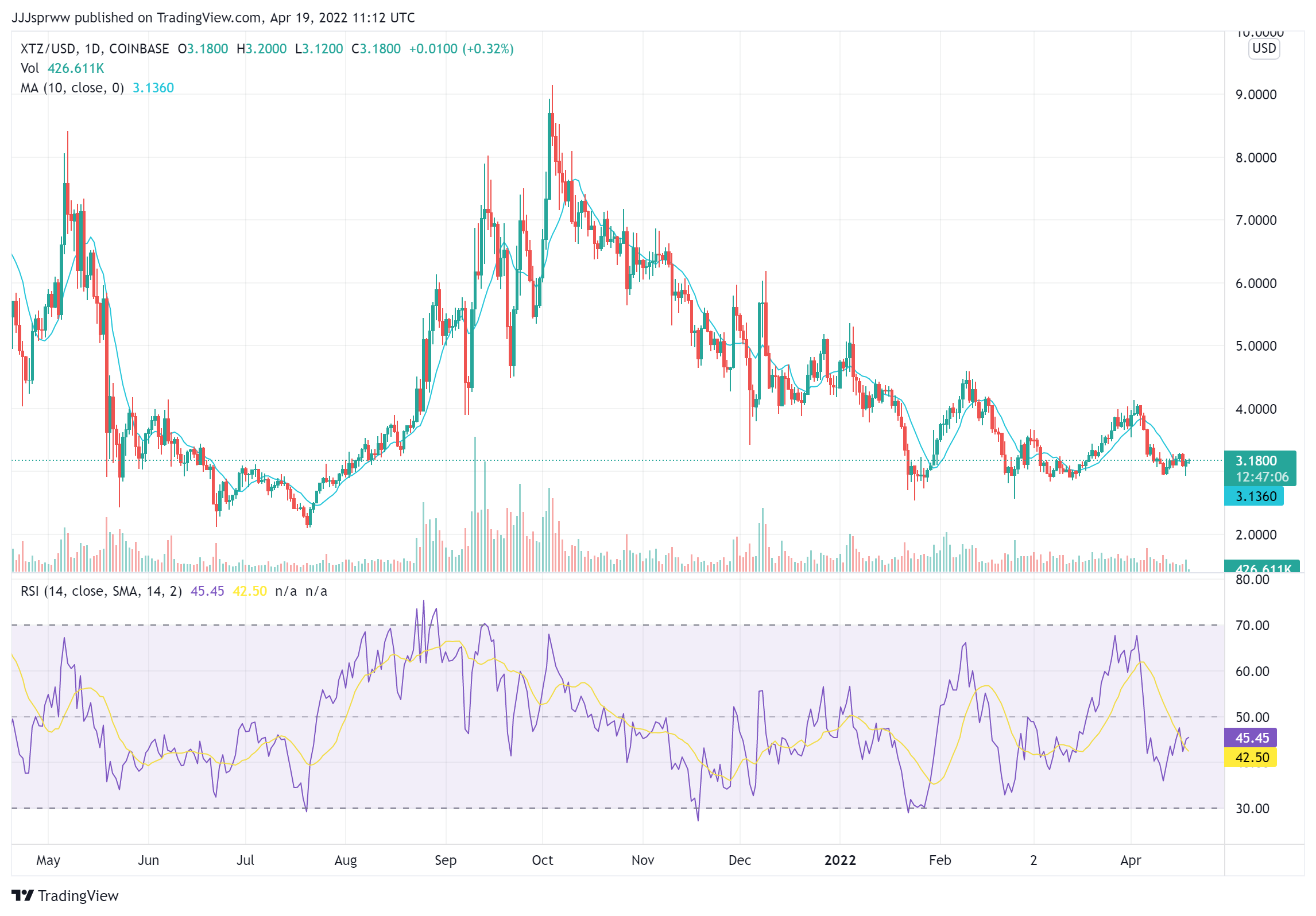 Excitement about Tezos has been budding since its developers launched Ithaca2- an upgrade to the blockchain that changes its consensus algorithm. The upgrade is said to bring several benefits to Tezos, including a reduction in block times and an optimization of transaction throughput.

With blockchains bolstering their capabilities across the board, Tezos is proving to be just as competitive as any name out there. 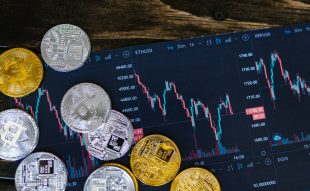 Next Crypto to Explode April 2022 Week 3

Despite the crypto ecosystem’s volatility, many investors are looking for the next crypto to ...