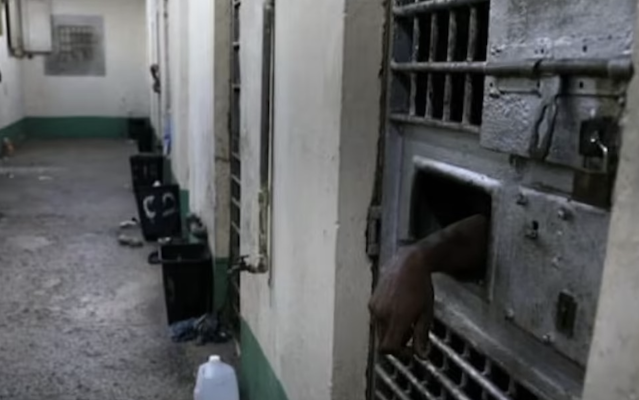 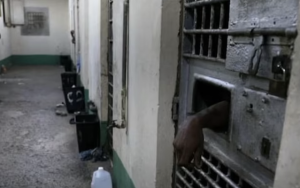 According to a prison official who regularly interacts with him, Sam Bankman-Fried, the disgraced and indicted former cryptocurrency executive, spends his days in a Bahamian jail watching movies and reading news articles about himself while holding out a glimmer of hope that he will be granted bail and soon depart.

According to the official, Bankman-Fried may decide to stop fighting extradition and allow himself to be brought to the United States to face charges soon.

The official, who spoke on the condition of anonymity because they were not authorized to speak to the media, said that Bankman-Fried, who arrived at the prison known as Fox Hill days ago, is still in “good spirits” and has expressed confidence that his lawyers will successfully persuade a judge to grant him bail after their initial attempt failed.

Bankman-Fried told the official on Friday morning that if the attorneys’ efforts failed, he would then give up his right to contest extradition and return to the United States to “face the music.”

The former FTX executive is anticipated to show up in court on Monday for a hearing to change his mind about opposing extradition, according to Reuters’ report on Saturday night.

The young ex-billionaire, who has kept to himself and appeared “awfully scared” during his first days at the prison, was described by the official as “a little arrogant,” but overall “a nice guy.” When the other men in the same room made light of the fact that he was making so much money, he refused to laugh.

The official questioned Bankman-Fried earlier this week as he was watching a local TV news report about himself. The official remembered him saying calmly, “I’ll deal with it. It’s OK,” in response.

An inquiry for comment was not immediately answered by Bankman-Fried’s attorneys.

From hero to zero

Since his arrest, Bankman-Fried’s life has dramatically changed. He ran one of the most well-known crypto currency exchanges in the world from a $30 million penthouse he shared with his closest friends up until last week. His move to a prison known for its filthy conditions and extreme overcrowding underscores his precipitous fall from grace as American regulators and prosecutors announce a slew of charges against him.

The former CEO of FTX may be moved from the sick bay, which is noticeably nicer than the rest of the facility and has amenities like air conditioning and proper beds, to a prison cell without running water or even a toilet as he awaits his new bail hearing on January 17.

While his extradition trial is scheduled to start on February 8, he has the option to accept extradition at any time and request an early return to the United States.

The only prison in the nation, known as Fox Hill, was established in 1952 and has a long history of inmate complaints that have been supported by expert witnesses and legal records. With little to no access to running water, inmates are frequently made to urinate in buckets or plastic bags. Many people who sleep on the ground get bed sores.

Check out @GuardianNassau for full tour video in a bit. pic.twitter.com/oGQnFetjcv

According to Doan Cleare, acting commissioner of corrections at the Bahamas Department of Correctional Services, Bankman-Fried is currently staying in the sick bay of the maximum-security block with five other men while he undergoes a medical evaluation.

Cleare added that his department is responding to complaints about the poor conditions but declined to say where else in the facility he would be transferred to or when that might happen.

He said on Saturday that the department has made “tremendous strides in upgrades” and that it will soon spend $1 million on plumbing fixtures in the remand center. “This new administration is addressing all matters of concern,” he said.

The facility is divided into sections for violent and nonviolent offenders, but due to understaffing or attempts to prevent fights between rival gangs, these populations are frequently arbitrarily mixed, according to Christina Galanos, a local criminal lawyer. She added that Bankman-Fried would likely be transferred to the remand center, which houses defendants who have been arraigned but have not yet been tried.

However, according to the prison official, Bankman-Fried could also be moved to a newly renovated block located in the maximum-security area. For safety reasons, it isolates inmates from the general population and houses them in separate cells.

In the majority of the prison, inmates are allowed to exercise outside for an hour each day. But due to staffing issues, overcrowding, and an increase in gang fights, Galanos said that they frequently go days or even weeks without being allowed outside.

The circumstances for sleeping are not much better. According to Galanos, who frequently visits the prison and has represented over 100 clients imprisoned there, inmates frequently sleep on sheets placed on top of cardboard on the floor and many have complained of bedsores, hives, and generalized body pain. The majority of the building lacks plumbing, and there is no access to clean drinking water, she continued.

The US State Department’s 2021 human rights report on the Bahamas revealed that rats, maggots, and insects were also present in the cells. Despite being designed to house 1,000 inmates, the facility currently houses 1,617.

The conditions are “inhumane,” according to Cary Allen Chappell, an American who spent more than two months there earlier this year after being accused of numerous violations involving firearms and ammunition, he said in an interview.

Chappell remembered that for a while, the man only consumed bread and water for four or five days while sleeping on concrete floors. He occasionally got sick, but despite numerous requests to see a doctor, he was never given medical care. He claimed that he lost 30 pounds during this time.

It wasn’t much better in the remand facility, where Chappell was held for 45 days in a cell with four other prisoners. They would all urinate in a sink without running water and flush their waste with their personal water jugs. Chappell had a mattress, he said, but it was infested with bed bugs.

He recalls that, about three times a week, inmates were only permitted to spend 20 to 30 minutes in the courtyard, though this could have changed depending on the section he was staying in. He claimed that the isolation, lack of entertainment, lack of natural light, and generally appalling conditions drove him into a severe psychological state.

I was suicidal a lot of the time. You just sat there the whole day worrying about your problems

Commissioner Cleare stated that while the crypto tycoon is on remand, “no special treatment than any other inmate” will be provided, according to comments made to the local Eyewitness News website.

Inmates rarely spend more than a few days in the sick bay unless they have a “serious medical condition,” according to the lawyer Galanos. However, in light of Bankman-Fried’s notoriety, officials might choose to keep him there in order to keep him isolated from the general populace.

Someone might annoy, threaten, or harm him, and if he dies, it would be a scandal. Nobody desires that.

Bankman-Fried’s attorneys argued for his release on bail during his initial bail hearing last Tuesday on the grounds that he has special needs as a vegan and has battled depression, insomnia, and ADHD for more than ten years.

Cleare responded that Bankman-Fried’s family would be contacted to bring him food and to accommodate his “severe, strict diet” while a prison doctor would decide on a diet plan for him.

According to the prison official, Bankman-Fried is currently enjoying a luxury that few other prisoners enjoy: vegan food.

Valentino Bethel, a current prisoner at Fox Hill, had no such choices when he sued the Bahamas Department of Corrections in the Supreme Court last year for violating his constitutional rights and subjecting him to “inhumane treatment.” He was housed with four other prisoners in a 6-by-9-foot cell with no mattresses. He lost more than 30 pounds as a result of his poor diet, which included a dearth of fruits and vegetables, according to court records.

There is no lighting in the infested cells, and there is no plumbing or running water for sanitization. Cells flood as a result of a roof leak. Prisoners are required to urinate into bottles and place the bottles in a cell corner. The claim asserted that prisoners urinate in plastic bags before emptying them directly into buckets or barter.

According to the lawsuit, Bethel claimed that inmates were only given windows of 15 to 20 minutes, twice a week, when they could choose to shower, exercise, or visit the barbershop, despite the fact that prison regulations require inmates to do both daily.

Earlier this year, the court dismissed the claim on the grounds that Bethel had bypassed several lower tribunals and directed him to file a complaint with the Correctional Services Review instead. 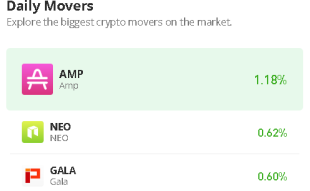