Homenewslsd the solution to ethereums problems

A fresh story has emerged as the Shanghai upgrade approaches. The Ethereum liquid staking derivatives market has drawn attention, but why? Today, we examine the reasons that the opening of Ethereum withdrawals has made this story a must-read.

We first learned about liquid staking before delving into the protocols behind this Ethereum narrative. You must comprehend staking, one of the most essential tenets of DeFi, in order to accomplish that.

Liquid staking – what is it?

In order to demonstrate your commitment to the “cause”, you can stake something that you possess. A consensus mechanism called staking enables users to protect the network.

By devoting native tokens you already own or have purchased, you are merely fortifying the network and enhancing the blockchain’s security. The network acknowledges your input in return by allowing you to receive staking incentives.

You effectively increase the network’s computing capacity by staking.

Even while there are several advantages to staking, including the ability to generate passive income and, in some circumstances, the ability to exercise voting rights for governance, the biggest risk is capital inefficiency.

A lock-up period is required by networks to maintain stability and security. If users could withdraw their cryptocurrency whenever they pleased, the network might become less secure and therefore more vulnerable to hackers.

This makes staking money inefficient because people who stake their tokens won’t be able to immediately unstake their cryptocurrency.

But liquid staking addresses that problem.

With liquid staking, you may enjoy the advantages of traditional staking without sacrificing your ability to use your assets as you see fit.

In return for staking their assets, stakers obtain liquid staking derivatives, which represent their claim to the underlying stake pool and its dividend.

LS reduces the opportunity cost of locking up assets for staking by allowing stakers to use staked assets in the ecosystem for lending, trading, and collateral, in contrast to traditional staking.

LSD tokens give investors the chance to increase their staking yields while still using the underlying token across DeFi.

You must be aware of the Shanghai upgrade for Ethereum. Users who committed and staked their Ethereum for the Merge two years ago will be able to unstake their ETH thanks to this upgrade. This would improve the market’s liquidity for ETH, and as supply rises, prices…

In case you missed it: ETH staking withdrawals are currently scheduled for March and are of utmost priority to the devs. This is much earlier than most people expect https://t.co/JgGa9Y8Jnq

This has increased staking activity and contributed to the biggest monthly volume record since April 2022, but it also has severe consequences for stakers.

When analyzing the cumulative deposits for ETH, it becomes clear that the vast bulk of deposits took place prior to the FTX collapse: more than 14.7 million of the total 15.8 million staked dollars in ETH were deposited before November 2022. So, the majority of deposits happened when the price of $ETH traded between $1500 and $3500 (and even above $4,000).

In fact, while ETH was trading over the $3K level in March and April, two of the highest monthly deposits took place.

There will be a lot of withdrawal activity once it becomes online because liquidity is at a premium and different funds, institutions, and ordinary investors can’t get their frozen capital back.

Furthermore, users can take part in ETH staking with the help of the liquid staking protocols without needing 32 ETH or a validator to function. These systems allow for ETH deposits and give depositors access to liquid staking derivative tokens (LSDs).

With roughly $19 billion in Ethereum locked up in the Beacon Deposit Contract, $19 billion will be added to the supply, adding incremental but additional selling pressure. (These 19B won’t launch simultaneously; rather, they’ll launch one period at a time.)

Prognosis for the cryptocurrency market

Coins are still distant from their prior high in 2021 and 2022, despite the optimistic market feeling in 2023.

But the market is still unsteady; according to Coinglass, 136,710 dealers had their positions liquidated by cryptocurrency exchanges on the previous day. The $736.86 million in liquidations is the total amount. The largest single liquidation order, worth $6.84 million in BTC-USDT, was placed on Huobi.

In contrast, the price of Ethereum has increased by 5% in the last day to $1,528. Through price analysis of the chart, we may infer increased price momentum; the MACD and signal lines are moving up, and green candles indicate that prices may rise. The coin is currently trading in overbought territory according to the 14-day Relative Strength Index.

This year’s market performance has been significantly impacted by the crypto winter, ecosystem changes, and FUD. Is the market bearish over? It’s still too early to tell, and before we start drawing conclusions, the market needs to stay below the $1 trillion barrier.

Despite this difficult crypto market, there are some projects that are so promising that they tend to over-deliver even during the most challenging of times. One of these projects is RobotEra which has an ongoing presale right now.

Users hold the apex of power in RobotEra. The project involves efforts to rebuild planets in the TARO metaverse, adopting a theme that is almost identical to that of the sandbox. To reconstruct the world, players in the game take on the form of robot avatars. To do this, they work with other users to construct robot friends that can assist and communicate with one another.

New NFT communities are continually developed through interaction and involvement, all of which use the $TARO token. RobotEra has raised $673,00 and is still in the early phases of the presale.

If you are looking for a great return on investment, this project could be one of the most promising ones right now, especially as getting in during the presale usually ensures a much lower price than the one it will reach after the official release. 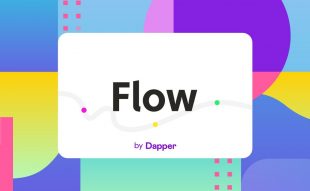 Join Our Telegram channel to stay up to date on breaking news coverage Flow ...