As a result of the failure of cryptocurrency exchange FTX, another cryptocurrency company has collapsed: BlockFi has announced that it has filed for bankruptcy.

Lender BlockFi was one of a select few businesses that FTX recently bailed out, and as FTX collapsed, its prospects significantly deteriorated. The once-dominant crypto firm FTX, which Sam Bankman-Fried formed in order to introduce regular people to the mysterious world of virtual currencies, filed for bankruptcy a little more than two weeks ago. Since then, the cryptocurrency sector, Wall Street, and even federal regulators have been watching for the next domino to fall and debating whether or not the end of cryptocurrencies is near or whether broader financial stability is in danger.

BlockFi stated that the company will file for Chapter 11 reorganization in New Jersey, where its headquarters are, and that FTX’s own bankruptcy proceedings will cause delays.

In a message to clients, the business told them that it would “continue to strive on recovering all obligations owed to BlockFi as swiftly as practical.”

BlockFi had stopped processing withdrawal requests and advised users not to make any new deposits. The business stated on Monday that platform activity is still “paused at this time.”

The bankruptcy case raises concerns, according to Fitch Ratings, one of the three major rating organizations in the nation.

According to Monsur Husain, a senior director at the agency, BlockFi’s restructuring highlights “serious” risks of contagion inside the “crypto ecosystem” as well as possible shortcomings in how the companies manage risks.

BlockFi is under authorities’ inspection and has tight ties to FTX

This year, the industry as a whole has experienced a “crypto winter” of sorts. The most well-known virtual currency, bitcoin, has lost nearly 65% of its value.

However, BlockFi’s co-founders, CEO Zac Prince and COO Flori Marquez, stated in a letter to clients two weeks ago that the company has “substantial exposure to FTX and linked corporate entities,” which has put it at risk of failing in recent days.

In their statement, they said that they were “truly saddened” by the destruction that was “cascading across an industry that we love and believe in, touching the lives of so many people.”

In exchange for the right to purchase BlockFi for up to $240 million throughout the summer, FTX agreed to give BlockFi a $400 million revolving credit line to utilize as a backup.

In the end, Prince and Marquez said, “we found a terrific partner in FTX US, who shares our dedication to clients.”

BlockFi had attributed its situation at the time to “crypto market volatility” and a general market decline.

When Celsius, another cryptocurrency loan company, declared bankruptcy in June, it suffered significant damage. Despite claiming to have no direct exposure to the rival, BlockFi reported a rise in customer withdrawals. Shortly after, BlockFi experienced losses of around $80 million due to the failure of cryptocurrency hedge fund Three Arrows Capital.

BlockFi also disclosed in June that it will be reducing its workforce by around 20%.

However, BlockFi’s issues go beyond general macroeconomic or market conditions.

BlockFi’s authorization to originate and broker loans was earlier this month temporarily suspended for 30 days while an inquiry was ongoing by the California Department of Financial Protection and Innovation. The Securities and Exchange Commission (SEC), the primary regulator of Wall Street, had previously reached a $50 million settlement with the corporation, and in February, the company also agreed to pay an extra $50 million fine to more than 30 state regulators.

The SEC claimed that BlockFi underplayed the risks it was waking by making “a false and misleading statement for more than two years on its website concerning the level of risk in its portfolio and lending activity” in addition to failing to register its cryptocurrency lending product with the commission. 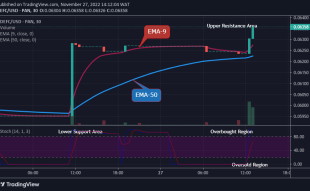