Homenewsthese mind blowing reasons are why tamadoge deserves your attention 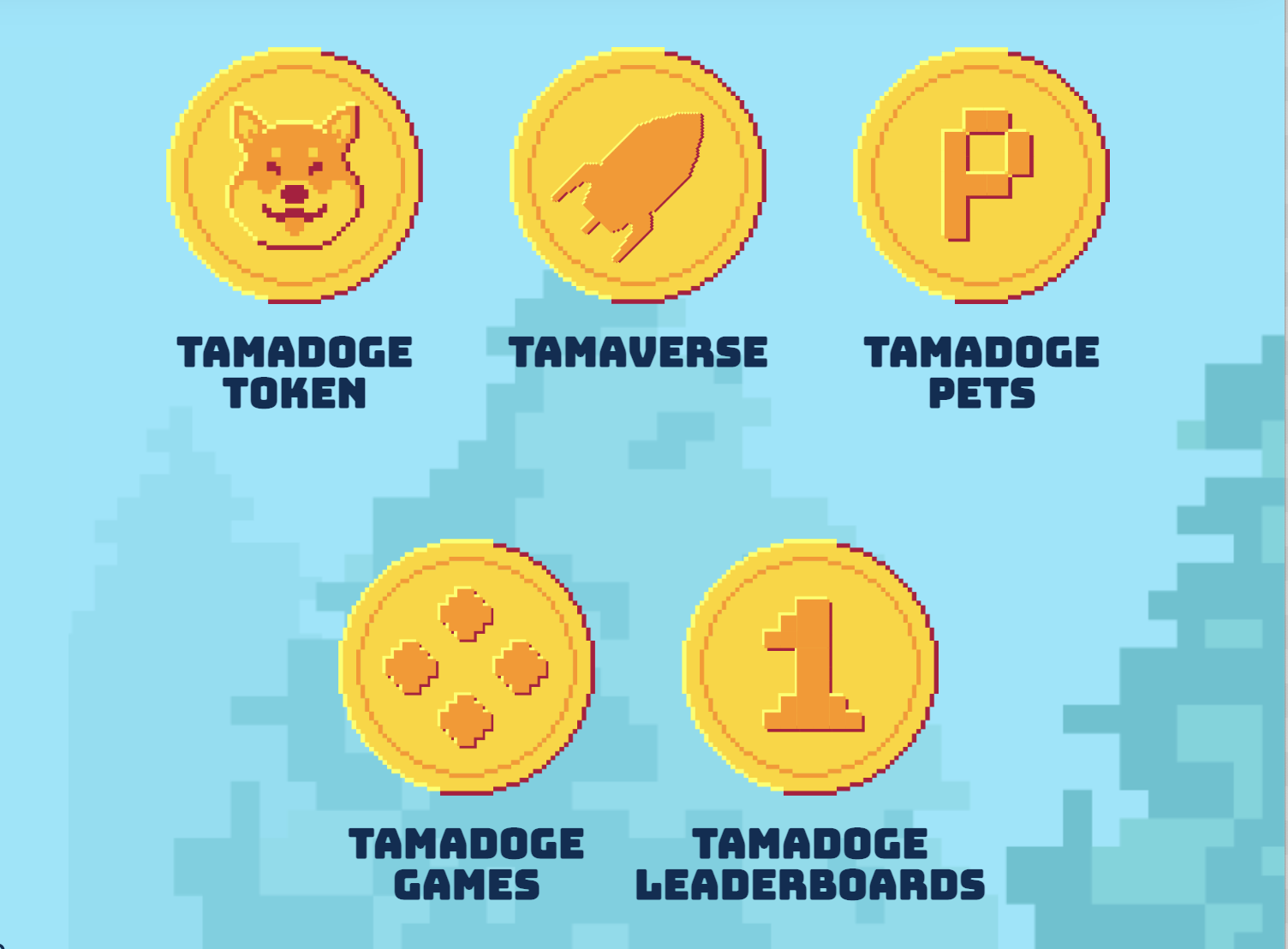 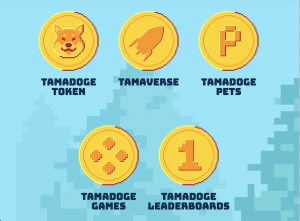 It’s not like Memecoins just appeared out of nowhere. Meme tokens are digital assets that at first appeared to be joke projects but later gained widespread support from the cryptocurrency community. Elon Musk’s Dogecoin and Shiba Inu are the two most well-known meme currencies.

The latest blockchain initiative to try to capitalize on the popularity of Dogecoin and similar meme currencies is called Tamadoge, and it’s poised to become the next big thing in the meme currency market.

This article will take you through everything you need to know about Tamadoge and still make a smart investment in 2022.

In 2021, meme tokens like the DOGE currency were extremely popular. After Elon Musk began promoting the token on Twitter, early buyers of DOGE coins made significant profits.

Almost overnight, the value of a token backed by the DOGE cryptocurrency increased dramatically. Tamadoge builds on the foundation of DOGE by including several innovations that are expected to become the standard in the near future.

Tamadoge Project has crossed $7.8 Million in Presale as of now

The Tamadoge project integrates several well-liked blockchain components into a dynamic setting in which users may socialize with other players, cultivate relationships with virtual pets, and gain tokens via the completion of various challenges.

TAMA tokens, the utility tokens of the project, are awarded to players that participate in the project’s Play-to-Earn (P2E) features and demonstrate skill.

Minting a Tamadoge pet and using it in battle against other pets is required of players.

Each winner receives Dogepoints, and the top three scorers at the end of the month split the remaining TAMA tokens among themselves.

All virtual pets and items may be bought, sold, and traded among users on the NFT market. The market sells not just animals, but also food and supplies for them.

How Can I Put TAMA to Use?

You can’t do anything with the Tamadoge tokens you buy because they’re only available during the presale period. Once the Tamaverse is online, however, TAMA tokens will be useful in a variety of contexts. Here’s a short rundown of the token’s most common applications:

You’ll need TAMA tokens, the platform money, to purchase virtual goods in the store. There are a wide variety of goods that serve as NFTs, from pets to food to accessories. You may use the market to unload any surplus goods you have, and do so in exchange for TAMA tokens.

Everyone who purchases tokens for the Tamadoge project before the beta presale concludes will receive a significant discount. Future improvements in the value of TAMA tokens might be substantial if the project is successful.

Players from all around the Tamaverse will soon be able to use Dogepoints to compete in a wide range of online games. Those that do well each month will be rewarded with TAMA tokens. Five percent of all sales, whether made by the shop or its customers, are put into the jackpot. For this reason, the more deals you make, the more you’ll gain.

TAMA tokens have been in high demand recently. The addition of an augmented reality element to the Metaverse is in the project’s agenda, which should cause the token price to rise even higher.

Why Does Tamadoge Require Your Immediate Attention?

The million-dollar issue is whether or not Tamadoge will replace Dogecoin. It may be too soon to tell, but it’s obvious from the start that this initiative was designed for success.

The TAMA token is one of the most promising crypto projects of 2022 for the following reasons, and we expect crypto investors to spare no expense in purchasing this token.

One of the easiest methods to judge a cryptocurrency’s potential success is by looking at the community around related blockchain initiatives.

Even though it’s still in the early stages of growth, Tamadoge’s prospects are looking good, thanks to its thriving online community. More than 12,000 people have joined the Tamadoge Telegram group, while over 18,000 people follow the official Twitter page.

It’s clear that Tamadoge has a vibrant user base, which, combined with the anticipated strong demand for TAMA coins, may send their value soaring.

Do you remember how the price of DOGE skyrocketed when Elon Musk highlighted it on Twitter? Forty thousand individuals can do far more than one.

Many thriving projects, including LUNA, had the vast majority of their community disappear after the recent crypto crisis. Many cryptocurrencies are being forced out of the markets as a result of the recent changes, but new initiatives like Tamadoge have the potential to surpass all expectations.

The TAMA token is a new cryptocurrency that has the potential to entirely replace DOGE and SHIB. During the beta presale (which is almost in its last leg), you can purchase the tokens for a small fraction of their eventual retail price. The token’s value will skyrocket once it hits the market.

Since LBank has already said they would include the token on their crypto exchange currency list, the future of the Tamadoge project is bright.

Those that participate in TAMA at the beginning may get the greatest returns since the number of exchanges that support TAMA is expected to grow as the initiative draws more investors.

Playing Games That Pay Off

When it comes to cryptography, NFTs, and the Metaverse, Tamadoge is a hybrid of the three. P2E is used to give more TAMA tokens to the most active users. Achieving new heights on the worldwide leaderboards will reward users with tokens.

The vast majority of games out there are arcade games, which place a premium on skill. Future plans call for a plethora of other games, giving you even more ways to accumulate tokens.

There is always a new danger that might wipe out a blockchain project or cryptocurrency. Online crooks and hackers are constantly improving their techniques for stealing digital assets and breaching blockchains. Investors lose a lot of money due to this problem every year.

However, Solid Proof has completed a detailed audit of Tamadoge, guaranteeing its security. There is a safeguard in place to prevent a “rug pull” because of Coin Sniper’s thorough Know Your Customer checks.

All of the best practices were followed, and it’s evident that the developers behind the project intended to iron out any problems that could arise ahead of time.

The Metaverse represents the future of social networking in the digital realm. After Facebook revealed its Metaverse, people suddenly became interested in the concept.

Since Tamadoge has its own virtual universe, appropriately named the Tamaverse, it is evident that it intends to remain relevant much into the future.

The project roadmap also includes enhancements to be made to the system over the following two years. When completed, the project will yield a stunning 3D environment in which your dogs may take part in contests, go on hikes, and discover all sorts of amazing new places.

Then, an augmented reality (AR) element will be added to Tamaverse, letting you interact with your pets in a virtual environment. These and other characteristics should support future token pricing.

Can You Make Money Buying Tamadoge?

It doesn’t matter what you’ve heard, the crypto market and fiat currencies will both make a significant comeback in the future.

The recent crypto meltdown had far-reaching effects on most currencies, but it also revealed faults that are now being rectified permanently. However, crypto markets are unpredictable, thus, the success of any one venture cannot be assured.

However, Tamadoge is now looking like a great investment since it is developed by seasoned blockchain engineers that have incorporated some of the greatest features into one safe Metaverse.

Compared to other meme tokens and Metaverse’s, Tamadoge stands out for its superior features and promising future.

If you want to stay up-to-date on everything going on with the new meme cryptocurrency, Tamadoge, you should definitely join the official Tamadoge Telegram group.

There is a lot of potential in TAMA, and you can acquire TAMA tokens in a presale. Once the project is online, you can play entertaining platform games to earn even more tokens in the future.

We are excited to see what Tamadoge has planned for the future as it strives to become one of the most innovative blockchain initiatives of 2022. 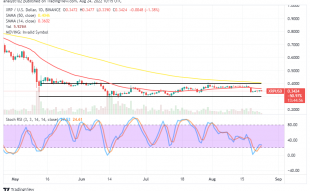