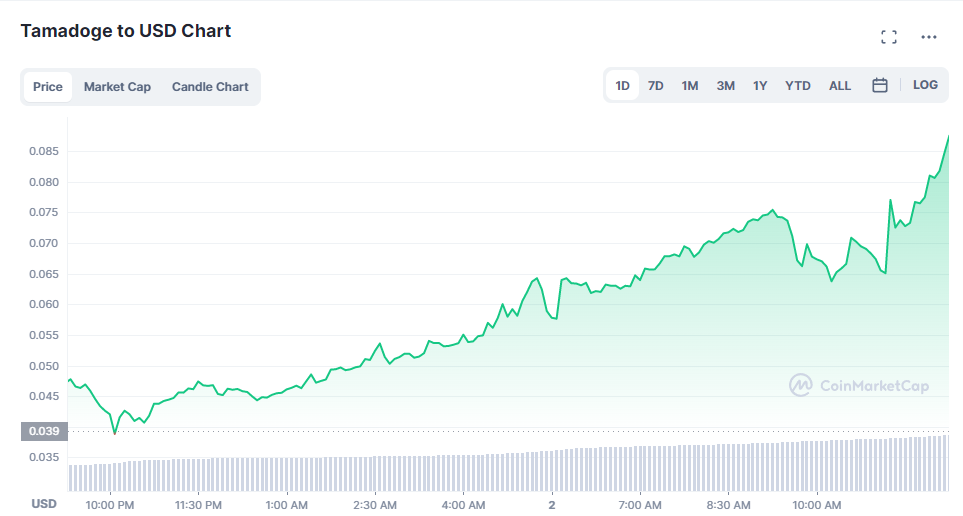 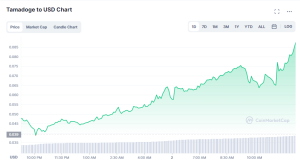 Tamadoge, which entered its presale in July, has managed to surpass the 8-year-old MonaCoin in valuation and has had amazing growth in the past month. With Tamadoge showing early signs of tremendous growth, the meme coin might give other meme coins a run for their money in the months and years to come.

MonaCoin (listed as MONA) is known to be the first Japanese cryptocurrency to enter the market in the year 2014 (it was founded in the year 2013). Developed from a hard fork of Litecoin, MonaCoin is also based on the proof-of-work consensus mechanism. Developed by an anonymous developer ‘Mr. Watanabe’ the cryptocurrency network was focused on providing fast transactions to its users (faster than its parent Litecoin and Bitcoin).

A meme-coin, MonaCoin, is based on the famous cat-like figure that was created using ASCII characters. It has been registered in a majority of cryptocurrency exchange platforms in Japan and is also available to users through “smart ATMs” in Japan. The buyers can buy the same using either the Japanese Yen or the Bitcoin.

MonaCoin, the first cryptocurrency in Japan, has received the recognition of the entire nation and could be used as a payment method in selected stores across the country. The other utility of the coin is to pay tips in online games. The coin is especially a big deal in Japan as it came as the country’s own alternative to cryptocurrencies like Bitcoin and Litecoin.

Why has the MonaCoin Price Gone Down?

MonaCoin, currently trading at $0.43, has seen a meteoric downfall in the last few years. Contrasted with its unnatural growth in the year 2017, when it first broke the $1 threshold and went to reach an all-time high of approximately $20, the past two years have been challenging for the coin. In 2022, its deteriorating growth was coupled with the Cryptomarket crash followed by a bearish run pushing MonaCoin back under the $1 threshold it had been out of for the past four years.

The coin has a total active supply of 65 million and a full capacity supply of 105 million. Its market cap has been reduced to $27.7 million as of now, and the eight-year-old currency has been surpassed by new generation meme coins like Tamadoge.

The reason behind such a drastic fall in the price of MonaCoin could be attributed to the meme coin itself. Although trying to improve on the previous coins like Bitcoin and Litecoin by increasing the speed of transactions, the coin failed to establish itself in the market as it lacked a sound project which could back it.

A sound project could be anything from a gaming platform to DeFi solutions (Eg. Staking pools, etc.). As these projects provide a utility of their own, they are less vulnerable to the tides of the market, and so are the token (cryptocurrencies) token which they back.

The 2022 crypto market crash was especially adverse for the meme coins for the exact same reason, i.e., the lack of a sound project to back the cryptocurrency. But the new age meme coins seem to have learned the lesson from the failure of the old ones, as a majority of them that were (or are going to be) launched in the year 2022 are all developed on top of a project, qualifying the coins as utility-based.

While MonaCoin seems to have lost a majority of its market cap in the past two years, Tamadoge, on the other hand, has managed to amass a market cap of more than $67 million in less than a year of its launch.

Tamadoge (listed as TAMA) is a blockchain-based gaming platform which allows its investor to take part in a play-to-earn game where they are given a young pet (an NFT in the form of a dog) which they are required to nurture till it grows into a mature pet.

The users (with their pets) can participate in events, unlock achievements and engage their pets in battles with one other and win real prizes for the same. The Dogepoints received as rewards can be readily exchanged for TAMA. The users are also allowed to buy, sell or exchange their NFT assets within the platform.

An investor, by purchasing TAMA currency, can access and explore the TamaVerse. Therefore, Tamadoge not just offers its users chances to win exciting rewards but also offers adventure in the form of its survival game. It is all this that has made the platform a favourite among investors. One example of the same would be its amazing pre-sale, where it manages to sell $19 million within the stipulated time.

Tamadoge, unlike MonaCoin, is a deflationary currency meaning that the network decreases the supply of the currency uniformly to keep the price of the currency stable. For every transaction, 5% is deducted as tax which is burnt forever.

This is done to prevent the volatile movement of the coin and to protect the investors from incurring huge losses. This feature of Tamadoge has helped it in gaining the trust of new investors.

Looking at the performance of both meme coins in the year 2022, it is not surprising that Tamadoge has managed to overtake the 8-year-old MonaCoin, among many other meme coins. Since the modern age, meme coins have gotten rid of the utility gap (a big reason for their downfall in the year 2022) it is very unlikely that the Tamadoge would suffer the same fate as MonaCoin.

Investors can buy Tamadoge at OKX exchange and the worldwide users who aren’t able to access CEX version can buy the crypto at DEX version of OKX exchange.

The meme coin market is currently being led by Dogecoin, which at its peak had a market cap of $88.8 billion in May 2021 but has not seen such growth ever since. Other big meme coins, like Shiba Inu, etc., have seen the same fate after entering 2022. The new generation of utility-based meme coins like Tamadoge have (and have shown) the potential to surpass these coins in the future to create a meme coin market that is led by stable and utility-based meme coins.

Tamadoge has seen phenomenal growth in the recent past, which indicates the investors are maturing and are able to see the difference between regular meme coins, which grow sporadically because of market trends and the utility-based meme coins like Tamadoge, which grow more uniformly and offer stability in an inherently volatile market. 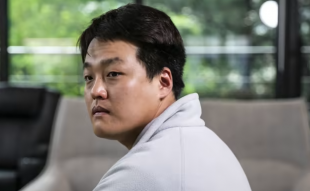 Join Our Telegram channel to stay up to date on breaking news coverage Terraform ...