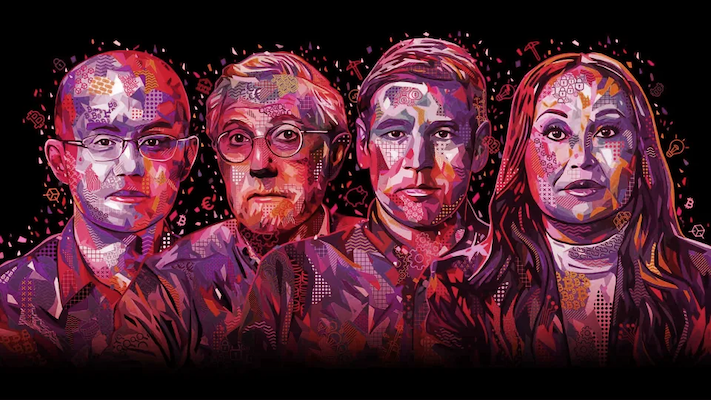 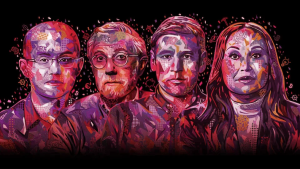 Paul Krugman, an economist, began a 30-minute conversation with Changpeng “CZ” Zhao, CEO of Binance, by saying, “I’m part of the crypto skeptic community, I guess you’d say.” The conversation was conducted for a new MasterClass course.

Krugman, who last week wrote a column for the New York Times in which he called the hype surrounding cryptocurrencies and blockchain technology a “tragedy” that had led to “waste on an epic scale,” made an excellent sparring partner for CZ in the online class. Decrypt had access to MasterClass’ fifth lesson, which featured the two professionals.

When it comes to crypto, he has been skeptical:

our rap has always been that we can’t see what problem it solves, what it really does that we aren’t already doing, or how it can—to the extent there is a problem—solve it better than other more traditional methods

Education is key to adoption. Masterclass is one of the most engaging educational platforms in the world. I spent more than 6 hrs to shoot for this, mostly because I NG a lot. Also a nice poster they made. Really cool. 🙏 https://t.co/LMJ27cLpXU

Zhao answered by pointing out that the original idea behind Bitcoin and cryptocurrencies was to offer a new means of value transfer, much like the internet is a new means of information sharing.

Bitcoin, specifically, is a slightly better form of money—it fixes some of the problems we have with money today on limited supply, not easy to use, not a lot of freedom, and not very low fees   — Zhao

Zhao added “If you think about global commerce, international transfers, remittances, micropayments, et cetera. To be completely honest, payments were originally thought to be Bitcoin’s primary use case, but they haven’t really taken off.” However, the other use cases have, he added.

CZ mentioned how non-fungible tokens, or NFTs, can be used in cryptocurrency to generate millions of dollars in funding and revenue streams for artists.

A trustworthy entrepreneur can raise $10 to $20 million US dollars equivalent in cryptocurrency in a matter of days using cryptocurrencies, he claimed.

It is global fundraising; It is much easier for entrepreneurs to raise money globally.

In this class, they'll dive deeper than ever before. Plus, in a MasterClass first, a debate: CZ vs. Krugman. https://t.co/RgrL6m93uo@emiliemc @cdixon @paulkrugman @cz_binance pic.twitter.com/ZBmHyulnOa

Krugman continued to be doutful.

Krugman said, “I’m a little perplexed—not it’s clear why blockchain should make it any easier to raise money in and of itself.” He added that the idea might only seem plausible due to the popularity of cryptocurrencies.

“I think the main big difference is the cross-borderness of this technology,” Zhao said, citing the difficulty of making cross-border payments with traditional banking. “Blockchain offers that, and I think that’s the main reason.”

The CEO of Binance emphasized the disparities in economic opportunities across the world by comparing the U.S. thriving economy to those of China, Vietnam, and African nations.

The International SWIFT fees, among other factors, make it very challenging for someone living outside of the United States to send money there, according to Zhao.

“Isn’t it basically just a way of sidestepping regulations that, for whatever reason, governments have thought were appropriate to put in place?  But [that isn’t] not a technological issue, but a regulatory issue,” Krugman argued.

While regulations are a part of the issue, Zhao said he believes it’s more of a legacy issue and an issue with the high cost of sending money from country to country.

The mechanics of doing that are very challenging for traditional financial services, he said, adding that there is nothing legally preventing us from investing in a project, for example, for a person in Dubai to invest in a project in South Africa.

Zhao said that because technology is making the world smaller, entrepreneurs can access a global liquidity pool using blockchain technology.

“Why not simply reform the banking rules?” Krugman asked, comparing the issue to mobile phones and how two US carriers can have different policies for the same regions.

In addition, Krugman questioned why it has taken so long for people to adopt Bitcoin in comparison to developments like the internet, saying that the claim that cryptocurrencies are still in their infancy is becoming stale.

We were all living online by 2008, according to Krugman, who compared it to the internet in 1995. Thirteen years ago, in 2009, Bitcoin was invented.

Zhao agreed that Krugman had a valid point, but he also pointed out that the US Advanced Research Projects Agency Network, or ARPANET, developed the internet in the 1960s, and the US military began using email in the 1980s.

“The issue seems to be with governments and regulations rather than the technology,” Krugman responded, noting that he’d become a believer in crypto if it could get him through immigration faster when he travels to Europe. Pointing to the ease with which travelers using Global Entry can enter the United States, he added, “The trouble is they’re not transferable, and blockchain won’t help.”

Many crypto enthusiasts cite the 2008 financial crisis as justification for the necessity of Bitcoin and the sector it gave rise to. However, some have questioned whether it is realistic to assume that the typical person will comprehend the technology and its financial implications.

What’s interesting is that instead of responding to the 2008 financial crisis and other catastrophes with education, we instead implemented Dodd-Frank, which aimed to bring more of the financial system under the purview of prudential regulations.

Wouldn’t the takeaway from all of that be that we shouldn’t count on high school students to graduate knowing everything you’re telling me about? he questioned.

Zhao retorted, “It’s not black and white. I believe that it is critical from a regulatory perspective for regulations to continue to evolve with new technologies and new industries in order to protect consumers.”

In addition, Zhao said that people should learn self-defense skills.

No solution is perfect. Although I don’t think education will solve every issue, it will help a little bit –Zhao

Krugman said there will be a gradual expansion of the regulatory net, adding that he believes that most crypto is used for regulatory evasion and avoidance. Even so, he thinks crypto will survive, “but they’ll be indistinguishable from regular finance.” 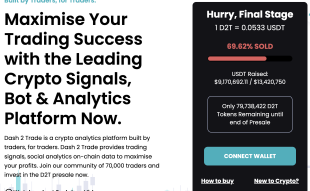 Investors Are Clamouring for Dash 2 Trade – Don’t Get Left Behind!