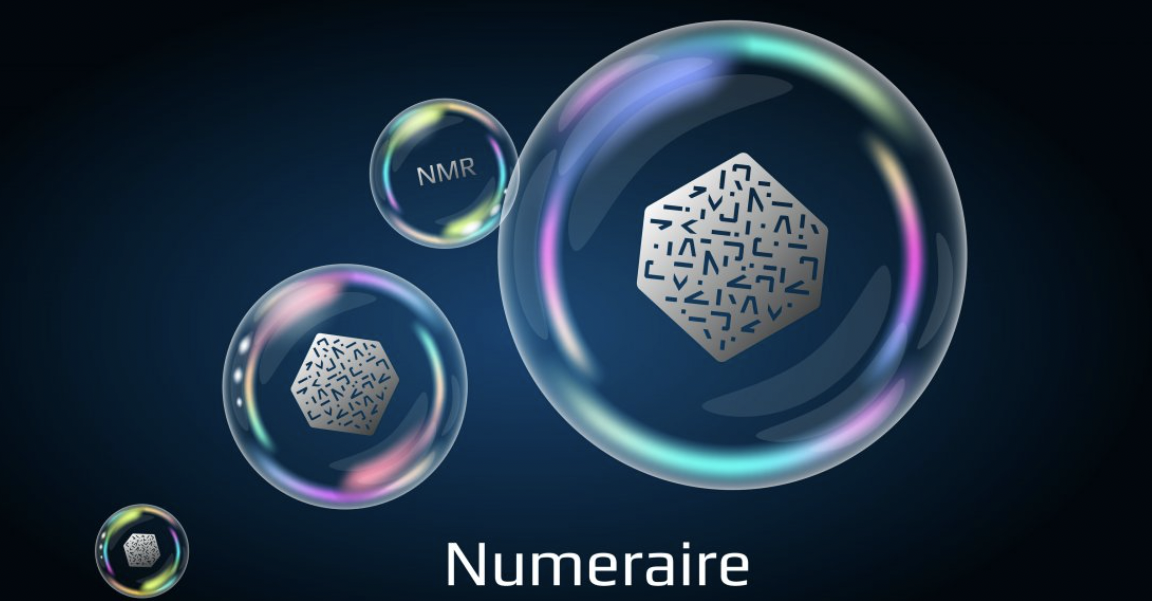 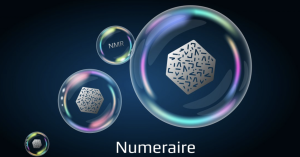 Numeraire (NMR) has displayed impressive performance over the last couple of days. Numeraire price has soared as much as 105% from the $10.12 swing low to reach highs above $20 on Tuesday. The AI-themed token attempted a recovery from the strong grip of the bearish market, rising 72% on December 5 alone. Its market capitalization rose from $62,818,853 on November 22 to a peak of $101,435,160 on December 5, a 61% increase according to data from CoinMarketCap.

What Is Numeraire and Why Is It Soaring?

Numerai is an Ethereum-based network designed to enable data scientists and developers to create and experiment with artificial intelligence (AI) and machine learning (ML) models with improved efficiency and reliability. The project’s main goal is to decentralize the data science field and give developers an opportunity to compete in building reliable ML prediction models.

Established in late 2015, the San Francisco-based blockchain company claims to be the first hedge fund to develop and launch a cryptocurrency, Numeraire (NMR). Differentiating it from traditional hedge funds is Numerai’s reliance on the data and predictions generated by tournament participants to engage with the stock market. It is among the first investment companies to use ML technology in its investment strategy.

Numeraire (NMR) is the native token of the platform and is used for prediction betting, using the concept of Proof-of-Intelligence (PoI). It is a pioneer token in this field and is used to reward specialists who make correct predictions.

After each expert makes a careful analysis of the tool, they send the results to the network’s smart contract. If the specialist’s prediction is correct, they will receive their reward in the form of NMR tokens. The blockchain’s algorithm includes the creation of 21 million tokens, which are first distributed among specialists.

Numeraire is an ERC-20 token of the computer-based hedge fund focused on predicting trends in the stock market. It is powered by a large group of crowd-sourced ML algorithms and AI models. It gives computer scientists and developers an opportunity to advance the predicting capacity of the fund.

At the time of writing, NMR was trading with a bullish bias at $14.3, 3.13% up on the day. As earlier mentioned, the Numeraire price had displayed an impressive performance over the last few days. Data from LunarCrush reveals that NMR market volume hit $250.3 million in the last 7 days, the highest point in the last 90 days.

This has left market analysts elated about the next levels the token may be headed to. Crypto analyst Miles Deutscher said that the “AI narrative running hot” with charts revealing that it “is the future.” He told his over 258,000 Twitter followers that it could be the time investors paid attention to cryptocurrencies in this niche acknowledging that NMR is among the top gainers this week.

ChatGPT has made it clear that AI is the future.

With the AI narrative running hot, perhaps it’s time to research some cryptos in this niche. $NMR, $FET, $ALI, $DBC are all top gainers this week.

Drop your favouroute AI projects in the comments if you know any. 👇

A pseudonymous analyst ‘Javon Mars’ went to Twitter to register his admiration of the performance the Numeraire price has displayed in the recent past. In his December 5 Twitter post, Javon Mars observed that NMR token had “returned with momentum after what looks to have been multiple retests of an older resisting curve.” According to this crypto analyst, NMR price has defied resistance from the said curve projecting a 210% upward breakout for the token targeting areas above $60.

prices have RETURNED WITH MOMENTUM after what looks to have been multiple retests of an older resisting curve.

Now as prices hold free of this resisting curve, there can still be an OVER 210% UPSIDE COMING as that means the target is at $61.96… https://t.co/tNh5jaxraz pic.twitter.com/4QIVb3aWWa

Let’s now look at NMR’s technical setup and understand where it could possibly be headed.

While there is not much technical analysis to build on historically when it comes to the Numeraire cryptocurrency, the aggregating rating for the token from several analysts and traders on TradingView shows that its market sentiment is bullish.

From the chart below, it is evident that the technical oscillators such as the Relative Strength Index at 57, the Moving Average Convergence Divergence (MACD) indicator at 0.46 and the Stochastic RSI at 51 all indicate a buy sign for NMR. Similarly, moving averages such as the 10-day exponential moving average (EMA) at 13 and the 50-day simple moving average (SMA) at 13 are both bullish, adding credence to Numeraire’s optimistic forecast.

Looking at the NMR/USD daily chart (below), the price is trading more than 30% below the $20.72 high reached on December 6. This suggests that the bears are determined to undo all the gains made over the last two weeks.

However, aggregate analysis shows that the token is generally bullish as discussed above. Moreover, NMR price is trading in the green at press time and sits above the 50-day SMA at $13. As such, increased buying pressure from the current level could bolster the bulls who could lift the price to confront resistance from the $14.41 and the $14.87 levels, embraced by the 100-day and 200-day SMAs respectively.

NMR’s positive outlook is validated by the position of the RSI in the positive region at 57 on the daily chart. This suggests that there are still more buyers than sellers in the market, adding credence to the bullish thesis.

In addition, the SuperTrend technical indicator had sent a buy signal in the recent past which was still in play. This happened when the SuperTrend indicator reversed from red to green and moved below the price on Monday, December 5 (see chart below). This index, like the moving averages, overlays the chart while tracking NMR’s trend. It incorporates the average true range (ATR) in its calculations, which helps gauge market volatility. As long as the index is green and stays below the price, bulls are likely to remain in an advantageous position.

Another indicator validating the positive forecast for the Numeraire price was the position of the Moving Average Convergence Divergence (MACD) indicator above the zero line in the positive region. This indicated that NMR’s market sentiment was still positive. In addition, the movement of the 12-day exponential moving average (EMA) (blue line) above the 26-day EMA on November 26 was still in play and added credence to the crypto’s positive outlook.

For those seeking to place their long positions, they could wait for the price to rise back above the  $14.41 and the $14.87 levels (where the 100 and 200 SMAs sit), otherwise, they might be caught in a bull trap. According to data from IntoTheBlock, a blockchain data and market analysis firm, this area is a significant supply zone that may stifle any efforts to push the price upward.

Its In/Out of the Money Around Price (IOMAP) model reveals that the area is within the $14.34 and $14.18 price range where approximately 253,180 NMR tokens were previously bought by about 553 addresses. Any attempts to push the price above this level would be met by selling pressure from this cohort of investors who may be seeking to breakeven.

In comparison, the immediate support at $13.66, an area that provided support between October 5 and November 7, is relatively weak. It is within the $13.49 and $13.86 price range where approximately 17,030 NMR tokens were previously bought by about 84 addresses. These investors may not be strong enough to absorb selling pressure threatening to pull the price below this level.

In addition, the RSI was facing down, suggesting that the recent bullish momentum could be running out of steam. As such, the price could turn down from the current levels and drop first toward the 50-day SMA at $13 and later to the 78.6% Fibonacci retracement level at $12.6.

In highly bearish cases, the sellers may pull Numeraire below $12 to revisit the $10.12 swing low. Market participants could expect NMR to take a breather here, giving bulls the chance to regroup before kickstarting another uptrend.

As such, those seeking to make their short bets could wait for the price to close below the $13.0 zone with a take-profit target placed at the $10 level.

Tokens In Presale With Promising Returns

With the greater crypto market still struggling to recover from the FTX disaster and the possible bankruptcy of other key market players, it may be a good time to explore buying at lower prices other altcoins that haven’t pumped recently or investing in lower-cap projects in presale.

Three projects that have already raised a significant amount of capital in their presales and are poised for future growth are Dash 2 Trade (D2T), RobotEra (TARO), and Calvaria (RIA) all of which have promising returns once they are listed on exchanges in the near future.

Dash 2 Trade is a decentralized exchange (DEX) built on the Ethereum blockchain that is set for launch early next year. The team behind D2T has so far raised $9 million with 99.79% of tokens in stage 3 of the presale sold. $400,000 has been raised in the presale in the past 24 hours alone.  In the fourth and final stage of the presale (which is set to start in the near future), the D2T price will rise to $0.0533. It would be good to invest in the token now before the price increases.

TARO is an Ethereum-based sandbox Metaverse due to launch its alpha version in Q1 2023 and will enable players to build and play as robots within a virtual world based on NFTs. RobotEra has surpassed the quarter of a million dollars milestone with approximately $391,000 raised in the ongoing presale.

Calvaria is a blockchain-based card-trading game enabling players to battle with their NFT cards and earn rewards. RIA, the platform’s native token is currently in the last stage of the presale with over $2.26 million raised and only 28% of tokens left. 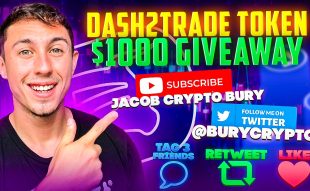