Homenewsmonero is soaring higher than ever after its recent hard fork 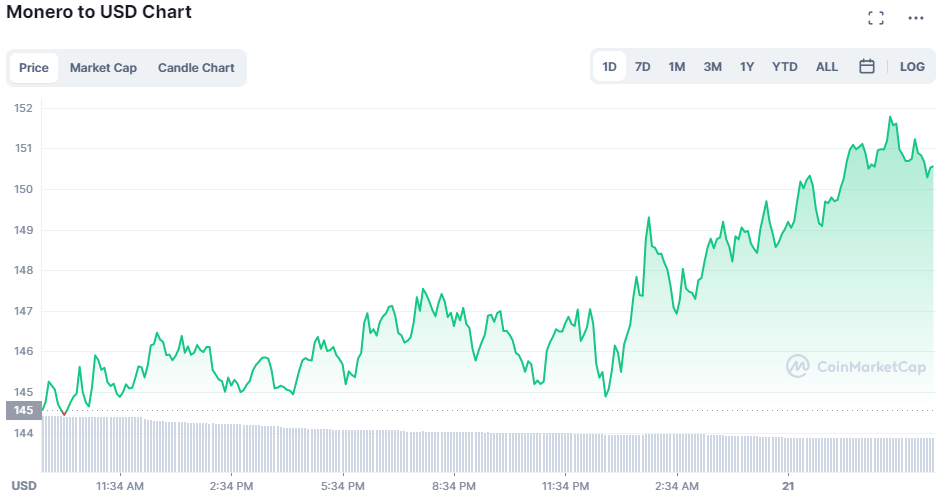 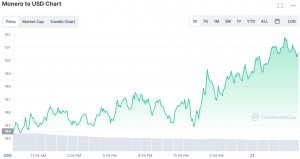 Amidst crypto winter, good pieces of news are floating on. Crypto investors might be feeling relaxed with this growth news.  XMR has increased in price by 6.5%. The Monero network’s upgrade has boosted its privacy and security features as well as increased browser mining. This is a good sign for investors.

Monero surged by nearly 6.5% after the community applied a new hard fork to the blockchain that ensured a higher level of security for all transactions.

Monero experienced a software upgrade at block 2,688,888 on August 13th. This hard fork increased the size of the blockchain’s ring from 11 to 16 signatures and implemented new rules for transaction authorization. It also included improvements to “Bulletproofs” to increase transaction speed and reduce wallet sync times.

The Monero network relies on multisig inputs before signing a transaction. Rather than one wallet handling every interaction, many wallets must work together to create transactions.

XMR has directed to a spike in bullish impetus following the current hardfork. For those new to cryptocurrency, XMR is a privacy coin, making it difficult for third parties to see who has created a transaction or what the balance of any given wallet may be. Despite a few price fluctuations, there may be future gains on the horizon.

Congratulations on a successful network upgrade! ? #Monero is now more private and efficient with ringsize 16, Bulletproofs+, and view tags!

Make sure your node/wallet is updated to continue using Monero.

Privacy and fungibility matter, and it’s exciting to keep improving!

Monero is expected to increase significantly and this has been predicted because it is forming an ascending triangle on its four-hour chart. This pattern predicts that, if the coin closes above $172, it could then go up to $200.

The Monero currency, however, is currently priced at around $164. If it fails to maintain this price level above, the outlook could be less than positive. If the bullish thesis is no longer accurate, the Monero price could fall below $150.

Monero is an anonymous digital currency that offers a high level of anonymity. Unlike Bitcoin, transactions are private and cannot be tracked by a central party. That way, users have full control over their transaction history.

Monero is extremely popular in the crypto-world because it delivers a high grade of anonymity. All cryptocurrency users are offered a shared address or key that uniquely recognises them, but with Bitcoin, the recipient reveals their address to the sender. Monero creates transactions entirely private, signifying that other individuals cannot witness how many coins you have precisely by knowing your address.

Monero transactions are neither linkable nor traceable, with coins transmitted to a recipient not perceptible to the sender. Each transaction is rerouted via an address that is haphazardly developed to be utilised precisely for that transaction, which helps maintain anonymity.

Monero is not as transparent because no addresses are recorded and it cannot be traced. This can be advantageous because whoever is looking through the ledger won’t be able to find the sender or recipient’s addresses, or even tell if they were involved in past transactions.

Monero is a cryptocurrency that protects the privacy of its users by making it virtually impossible to trace any of their money to the people they are sending it. Monero uses a ring signature, which makes sure that every transaction is mixed with others that may not be related.

Monero’s privacy feature allows for funds to be transferred randomly, making it difficult to keep track of the source or recipient from other transactions. Monero’s ring signature also decodes the precise amount entangled in any transaction.

Remember that ring signatures are different from other anonymization techniques adopted by various cryptocurrencies.

Monero splits the amount of transaction into different values and each split value is considered a new transaction.

In order to make the transaction easier, a user can send 200 XMR in segments. When this transaction takes place, the total amount is split into three parts: 83 XMR, 69 XMR, and 48 XMR.

Every transaction is split and each has a unique one-time address. Ring signatures are used which means all of these mixed transactions add up and make it difficult to identify who the recipient belongs.

Monero is the more private, popular, and affordable cryptocurrency

With Monero, you can configure the system to provide specific users with certain rights. All users have a private key, which they can give to select parties should they wish to do so. Users are limited by the access that is given to these parties. For example, one party may only be able to view the account’s holdings but not spend any funds from it.

Your user must give the other person the spend key in order to transfer money. The account holder uses two keys, the view key and the spend key which are both alphanumeric.

Monero is used for legitimate purposes such as buying products anonymously, but it’s also used by those who are participating in illegal activities who might want to remain anonymous. 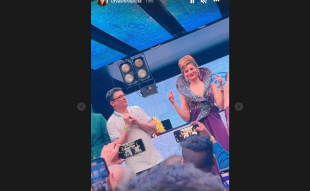