MAGIC, the native token of Treasure spiked close to 50% on Monday. Treasure is an Arbitrum-based non-fungible token (NFT) ecosystem for metaverse gaming projects. MAGIC was last changing hands around $0.77 per token, having been as high as $1.01 earlier in the day, but having failed to sustain a lasting break above its early August highs in the $0.95 area. Despite this, MAGIC price predictions remain bullish, with the cryptocurrency up around 300% since its November lows around $0.20.

The world’s largest exchange Binance will list MAGIC in its Innovation Zone. Token listings on major cryptocurrency exchanges like Binance often trigger a short-time spike in cryptocurrency prices. That’s because traders expect the listing to increase demand for the token. They thus start bidding up the price to try and front-run new buyers on the exchange where the token has just been listed.

#Binance will list $MAGIC @Treasure_DAO in the Innovation Zone.

Price Prediction – Where Next For MAGIC?

MAGIC’s Monday surge marks the completion of a move that began back in early December, when the cryptocurrency bust above a downtrend that had been suppressing the price action going all the way back to August. The December breakout also saw MAGIC surge to the north of all of its major moving averages, all of which look set to turn higher. MAGIC is likely to soon enjoy a so-called “golden cross”, where its 50DMA crosses to the north of its 200DMA, which some traders see as a buy signal.

When MAGIC broke higher in December, some traders were targeting a retest of the August highs and that is what they got on Monday. With the cryptocurrency now taking a breather, traders are asking where next for the coin. While profit-taking may cap immediate upside for now, MAGIC also broke above another key technical level on Monday, which might signal further near-term upside.

Since mid-September, and uptrend has been suppressing MAGIC upside, prior to Monday’s surge. If MAGIC can hold above this uptrend in the near term, that could signal that its next move will be back to the north of the $1.0 level. The next key level to target is the early May lows in the $1.04 area and, above that, the early May highs around $2.0.

Cryptocurrencies have been trading sideways for a few weeks now, leading some traders to start looking at alternatives with more potential in the short term. Listed below are some of the leading presales in the market, allowing investors to get in on the ground floor.

Dash 2 Trade is currently conducting a token pre-sale at highly discounted rates. D2T token sales recently surpassed $9.5 million. The sale is in its final stage and interest in the project could soon spike, with developers on the cusp of releasing a beta version of the platform ahead of schedule.

RobotEra (TARO) is a Sandbox-style Metaverse that will enable gamers to play as robots and participate in the creation of its virtual world, including NFT-based land, buildings, and other in-game items. Due to launch in an alpha version in the first quarter of next year, it also plans to let players link up with other metaverses, in the process creating a multi-verse where NFTs from different platforms can interoperate.

1 TARO is currently selling for 0.020 USDT (it can be bought using either USDT or ETH), although this price will rise to $0.025 in the second stage of its presale. The project has now raised more than $521K in funds in the few weeks since the launch of the pre-sale. 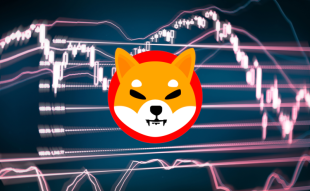 This Coin Is Surging in December After Lying Dormant in November