Lucky Block is expected to launch its much-anticipated BEP to ETH bridge on October 3rd, 2022. Per details shared in the official press release, users can migrate their BEP tokens (called V1) to the Ethereum ERC-20 token standard (called V2).

Lucky Block has been gaining traction for its highly anticipated V2 token. So far, the NFT competitions platform has launched the token on LBank and MEXC Global crypto exchanges.

The market has reacted positively and many investors have snapped up the LBLOCK V2 token, with LBank reporting a 250% increase in trading volume on the LBLOCK/USDT pair and MEXC reporting a 266% increase on launch day.

Why V2 and Why Lucky Block Bridge?

Lucky Block began as a decentralised gaming platform on the Binance Smart Chain (BSC) network. In January 2022, the protocol was launched on the PancakeSwap decentralised exchange (DEX) platform.

A 12% tax on LBLOCK token sales was imposed to encourage long-term holding while discouraging speculative and day-trading activities. When the token gained traction, centralised exchanges listed it but could not enforce the 12% levy. LBank, for example, resorted to a 6% tax rather than the recommended standard of 12%.

The Lucky Block team opted to launch a V2 coin that runs on the Ethereum network and is tax-free to make LBLOCK more suitable for centralised exchanges (CEX). When it was announced that V1 token holders would have to switch, some users chose to keep the original crypto asset and continue to receive rewards from it.

The Lucky Block team decided to construct a BEP to Ethereum bridge to address this issue and provide another opportunity. This would provide the LBLOCK token with the necessary exposure while allowing users to migrate their coins between the two leading smart contract networks. Because it has a 0% tax system, Lucky Block’s V2 token is much better suited for CEX platforms, making it ideal for day trading and speculation.

The Lucky Block bridge is currently being audited by Binance’s accredited blockchain security firm, Certik, and the team anticipates completing the task within a fortnight.

1/ In order to clear confusion regarding the two currently available LBLOCK tokens, we have a detailed explanation around the process of why the two tokens exist and currently what is being put in place to ensure a cohesive project in the coming months, that rewards all holders🧵

By seamlessly converting BEP-20 standard V1 tokens to ERC-20 V2 tokens, the future Lucky Block bridge will enable their use on common Bitcoin trading platforms. The spread between both tokens is expected to narrow once the transition is complete. 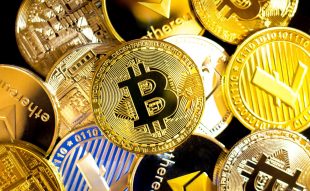