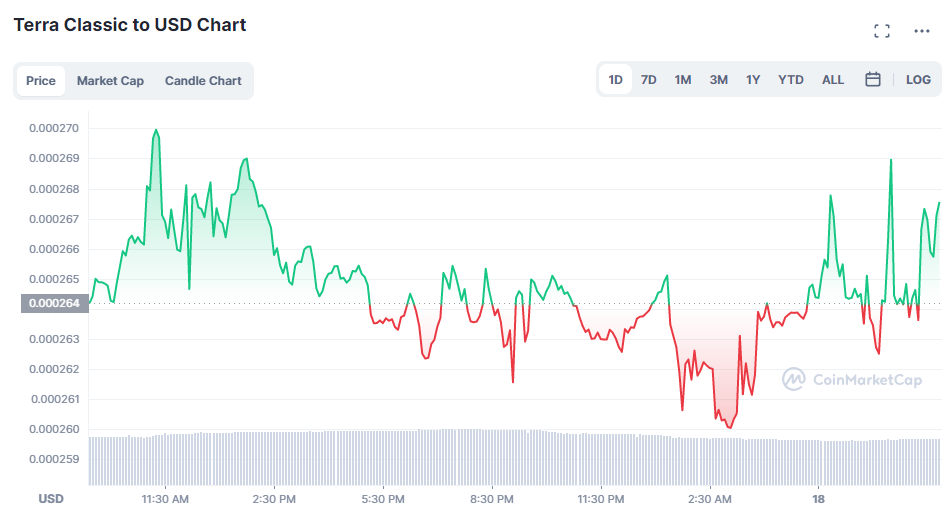 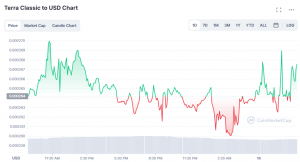 Two of the best cryptocurrency traders predicted the bull run would finish on the day the value of Terra Classic (LUNC) hit its peak in 2022, and they proved right.

Since that day, from September 8th, the price of LUNC on Binance has fallen by approximately 50%, trading as of mid-October just under the $0.0003 trend line.

A Twitter handle with more than 169k followers (@lightcrypto) tweeted: “Think about the crash of the LUNC burn trade.” The broken momentum was noted. Elevator failure is a major likelihood.

GCR (@GiganticRebirth), who already has 187,000 followers, responded with just a Hillary Clinton quote from his covert account, “That’s right, zero.” In March, GCR notably prevailed in a $10 million wager against former Terraform Labs CEO Do Kwon by predicting a decline in the price of Terra LUNA.

/1 some thoughts on the LUNC burn catalyst —

Or, how I learned to stop worrying and love the pump and dump.

LUNC would plunge 90%+ to recover to its own origin or lower, he tweeted a few days later. Additionally, he indicated that the price movement of Terra Classic might follow a pump-and-dump pattern, with “pump” being caused by hit-and-run developers and “dump” being caused by cynical exchange operators attempting They hope to profit from the throngs of retail investors hoping to start making their money back in one trade.

Later that month, the LUNC value dropped by 70% to $0.000179, but nothing happens in a straight line since the May Terra LUNA crash was a black swan event brought on by the circulating supply’s hyperinflation to 6.5 trillion.

The LUNC price would need to fall 84% from its current level for Light’s forecast to come true. He plotted a target of $0.00004 as the new Terra Classic asset’s annual low since the hard fork, which was reached on June 9th, 2022.

Tweets about the October LUNC price prediction- This month’s most recent Twitter thread from LUNC Burn Light is about Binance burning LUNC tokens, and it discusses how the 1.2% burn is insufficient to explain Terra Classic’s over $1 billion increase in market value since it was released.

On October 3rd, he also tweeted data from Coinalyze that revealed a “crazy amount of deadwood to wipe out in LUNC futures. The statistics show that a bankrupt narrative was used to push $262.2 million throughout venues and tools to promote the news event.”

On October 2nd, Light established a short position in the Terra Classic:

On a Binance statement that would see a few million dollars taken from its circulating supply tomorrow, LUNC was able to increase its market valuation by over $1 billion.

Additionally, over time, both the amount of LUNC and the weekly burn will trend to zero. again, full yet brief. ”

When it comes to price predictions and other sorts of market analysis, Light is recognized as being among the leading cryptocurrency traders on Twitter.

The Bitcoin price crested in November 2021, as predicted by GCR, so when the market downturn began and the historic high of $69,000 was attained.

We described how Gigantic Rebirth drained LUNC at $0.00042 on September 9 and earned nearly $4.4 million in PnL a week later.

But eventually it won't matter.

If Light & GCR’s Terra Classic estimates continue to hold true, as they have thus far, retail investors possessing LUNC are likely to suffer significant losses during the drop.

For other high-potential LUNC alternatives, see our assessments of the most recent crypto presales. Pre-sales for new tokens often provide larger returns than those for assets with multibillion-dollar market caps. The subject of our most recent investigation is the IMPT token, a cryptocurrency venture that reduces carbon emissions and has more useful applications than LUNC.

Two of the most successful cryptocurrency traders precisely forecasted that the bull run would finish when the price of Terra Classic (LUNC) hit its peak in 2022.

When compared to the peak of $0.00055 in September, LUNC managed to increase by a staggering 590% from August. The price spike was mostly caused by Binance’s announcement that they would implement a plan to reduce the token supply by burning 1.2% of every LUNC transaction.

A blockchain platform called Terra uses fiat-pegged stablecoins to power globally accepted payment methods at constant prices. The construction of Terra began in January 2018, and it was inaugurated in April 2019.

LUNA: A new moniker for the original native token, LUNA, is LUNA Classic (LUNC). However, Terra Classic stablecoins have been given the names of all network stablecoins (KRT, UST), (KRTC, USTC). It has been agreed that the new chain will not support Terra stablecoins.

Additionally, on September 14, they tweeted, “Bitcoin sold off sharply with equalities on hotter than anticipated CPI.” LUNC had a significant sell-off on hearing that Terraform CEO Do Kwon has an arrest warrant out for him in South Korea.

According to its negative Terra LUNA pricing forecast, GCR was successful in outlasting former Terraform Labs CEO Do Kwon in a $10 million wager in May.

On October 2, 2022, Light started a short position he established on Terra Classic. Additionally, the amount of LUNC and the weekly burn trend to zero over time. again full but unfulfilled. 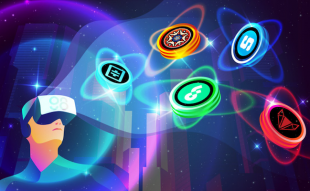 Is it that lonely in the Metaverse? Platforms speak out about daily active users

Join Our Telegram channel to stay up to date on breaking news coverage Data, ...