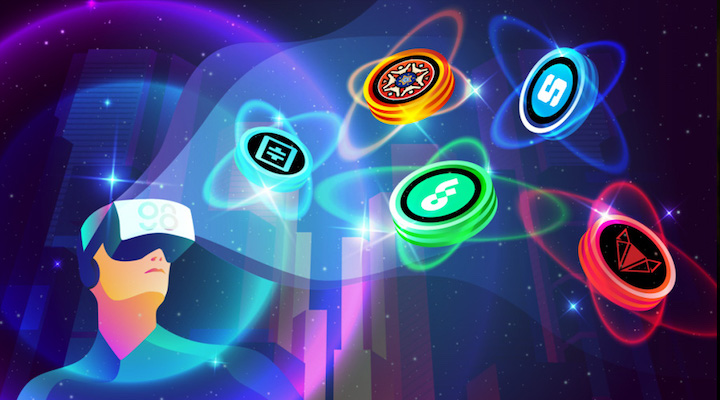 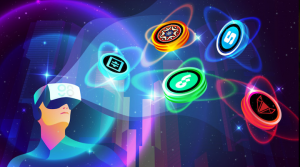 Data, whether on-chain or off-chain, is an extremely valuable commodity in a virtual future ruled by the metaverse. However, interpreting that data can be difficult. A recent CoinDesk article cited figures shared by decentralized finance (DeFi) analytic firm DappRadar as an example. On October 7, it was reported that popular metaverse Decentraland had 38 daily active users (DAU), while rival The Sandbox had 522 DAUs.
Nonetheless, they have billion-dollar valuations.

The CoinDesk headline, “It’s Lonely in the Metaverse: DappRadar Data Suggests Decentraland Has 38 ‘Daily Active’ Users in $1.3B Ecosystem”, sparked some backlash, particularly from the projects themselves, which have moved to clarify their user statistics.

As a result, the article has been updated several times to provide a more complete picture of usage within Decentraland and The Sandbox.

According to Sam Hamilton, Creative Director of the Decentraland Foundation, commercial activity on social media platforms, such as credit card transactions on Instagram, is never considered the primary measure of success for that platform. The metaverse should be no exception.

“Success is measured by how many people share, engage, and socialize within the platform,” he explained, adding that “people traveling to and from different parcels, creating avatars and world building, and communicating with each other, should be the primary metric here, not smart contract transactions.”

Decentraland quickly responded with its own statistics, claiming that the metaverse platform had 1,074 users interacting with smart contracts in September and a total of 56,697 monthly logged-in users.

Lately, there has been a lot of misinformation on the number of active users of Decentraland. Some websites are tracking only specific smart contract transactions but reporting them as daily active users DAU, which is inaccurate.

Roblox, a non-blockchain-based metaverse gaming platform, reported 52 million daily active users in the second quarter of 2022, but only 11.3 million monthly unique payers.
Second Life, one of the first non-blockchain metaverse platforms, launched in 2003, has 70 million registered accounts and 200,000 users on a daily basis. According to a recent blog post by Linden Labs, approximately 350,000 new accounts are created each month.
Most players in Roblox or other free-to-play virtual worlds aren’t necessarily engaging in in-game transactions. Even so, users who do not make a purchase are still considered active users.

DappRadar’s tracking tools were described by Decentraland as “not complete nor up to date.” DappRadar was only tracking 13 Decentraland contracts, but according to the blog post, it will now track over 3,000 smart contracts.

Januskas added that the company has been providing “accurate” data and insights of over 13,000 dapps’ on-chain transactions for nearly five years. “On the blockchain, everything is transparent.” Still, the space is nascent and rapidly evolving.”
According to Decentraland, DappRadar appears to have overlooked “one of the most common” types of user activity — so-called “meta-transactions,” which allow users to buy a wearable from the Decentraland Marketplace without paying a transaction fee.

Decentraland, according to Sam Hamilton, is not a company, but rather a DAO and an open-source Web3 metaverse platform “that does not view users as a product by which to measure success.”

Atlas Corporation, a metaverse institution’s independent Web3 development and analytics provider, felt “obligated” to “refute” the CoinDesk article with its own blog post.
Atlas Corp. demonstrated 8,000-10,000 daily active users as a Decentraland DAO grant recipient that runs its own analytics.

“Metaverse data doesn’t come in the same shape as Web2 analytics,” according to Atlas Corp. developer Avi Aisenberg. Transaction data in Web2 is rarely public, aside from self-reported figures, and almost never accessible to those outside of the centralized organization.

“You have to know where to look” in Web3, where transactions take place on public blockchains, according to Aisenberg. Third-party platforms such as DappRadar typically aggregate data. Any reported data can be verified if a platform is truly decentralized.
Assessing “foot traffic” in gaming metaverses is more complicated — distinguishing between transactions and active users is critical. The number of payers is public data on the blockchain, whereas statistics on active users or players are off-chain internal data.
Users can enter Decentraland or The Sandbox on a regular basis without purchasing NFTs or making a blockchain transaction. As a result, on-chain activity does not reflect engagement.

According to Sebastian Borget, The Sandbox’s chief operating officer and co-founder, a similar story holds true in their case.

“You can spend hundreds of hours actively playing 90+ experiences without ever making a single transaction throughout Alpha Season 3,” Borget said. “Those users, despite clearly qualifying as active users by gaming industry standards, would not be reflected in on-chain transaction metrics.”

The most recent metrics from the Sandbox’s ongoing Alpha Season 3 are:

Borget also stated that retention — how many users who came on day one will return N days later — is critical. The Sandbox’s retention rate of 40% on day 14 is “above the industry standard for mobile games and demonstrates that we are delivering sticky experiences,” he said.

The number of registered wallets is also important for determining how many players, LAND owners, or creators are being onboarded into Web3 and the community.
In reference to the CoinDesk article, he added that on-chain data tells only part of the story and can be easily misinterpreted by those who do not fully understand the difference between on-chain and off-chain data.

While CoinDesk asserted that “It’s Lonely in the Metaverse,” Borget argued that it is a growing community of creators, studios, and brands.

Furthermore, metaverse technology, such as augmented reality, virtual reality, and artificial intelligence, is still in its early stages. “It’s unfortunate that so many people’s work, passions, and contributions were overlooked,” Borget said.

Because most platforms operate in silos, it is possible that the true number of metaverse users will never be known. People can play Decentraland on private servers not listed by the DAO smart contracts, so a rough estimate is the standard for now.

While the numbers directly relayed by Decentraland and Sandbox are far lower than many other online gaming and metaverse communities — even niche ones — there is still confusion about how to measure the activity of a decentralized application, especially when a significant portion of that usage does not occur on the blockchain.

If Web3 truly aspires to decentralized harmony between our real selves and our digital counterparts, then pushing for a future that processes all virtual activity on-chain may be warranted, or else debate the nuances of what constitutes “real user data” in perpetuity may be warranted. 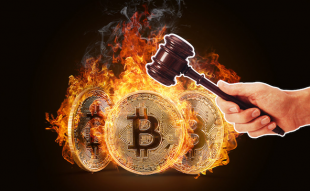 Regulation is on the way, and crypto will be all the better for it