Robert Kiyosaki, the well-known author of the best-selling book Rich Dad Poor Dad, continues to be bullish on bitcoin despite the failure of cryptocurrency exchange FTX. He emphasized that the actions of former FTX CEO Sam Bankman-Fried cannot be attributed to cryptocurrency.

Robert Kiyosaki, the author of Rich Dad Poor Dad, spoke with Mark Moss as a guest on the Rich Dad Radio Show earlier this week about the FTX collapse and bitcoin.

After hearing Moss describe the issues with FTX and the numerous frauds that its alleged former CEO Sam Bankman-Fried (SBF) committed, Kiyosaki insisted: “I’m still bullish on bitcoin.” Sam Bankman-Fried is not the same as Bitcoin. The issue is with FTX rather than bitcoin.

In the same way that one cannot blame silver if silver exchange-traded funds (ETFs) are poorly managed, Kiyosaki said that bitcoin cannot be held responsible for the demise of FTX and Bankman-Fried. He admitted that despite having substantial holdings in both silver and gold, he does not own any ETFs for either metal.

One of the biggest historical scams, according to the well-known author, was FTX. Furthermore, he said that “FTX is a Ponzi scheme where they depended on the funds from the next stupid investors to finance it.” Despite the FTX debacle and the subsequent sell-offs in the cryptocurrency market, Kiyosaki reaffirmed: “Ladies and gentlemen, I’m still in favor of bitcoin.” I disagree with those in my age group who are against it because I believe bitcoin to be reliable.

The American economy has also prompted Kiyosaki to issue warnings. He tweeted on Friday that the global economy is not a “market.” The economy, in my opinion, is the biggest bubble in human history.

The well-known author has repeatedly issued warnings that the real estate, bond, and stock markets are all in a state of collapse. He has urged investors to purchase cryptocurrencies right away to avoid the biggest market crash in recorded history.

Similar to what Kiyosaki said last week, the collapse of FTX isn’t caused by bitcoin. He dubbed Bankman-Fried the crypto equivalent of Bernie Madoff. He also recently clarified that he’s a bitcoin investor, not a trader, and he gets excited when BTC hits a new bottom. 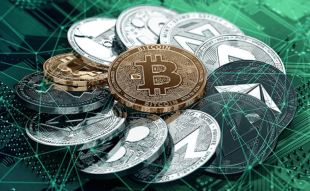