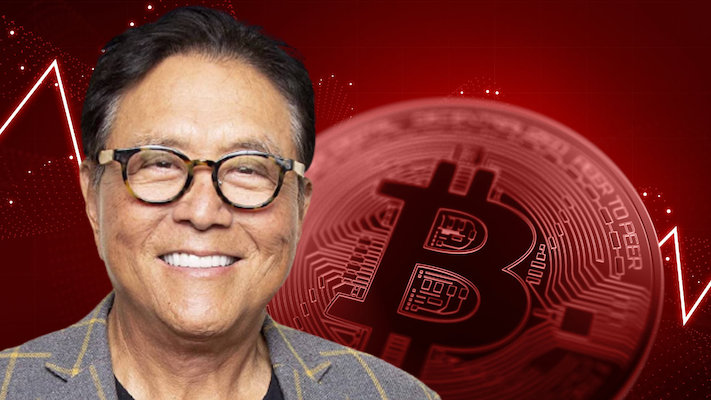 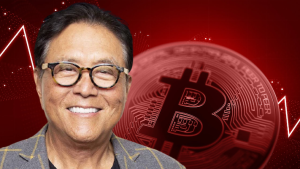 Rich Dad’s best-selling author A U.S. dollar crisis may happen by January, according to Poor Dad, who has recommended buying Bitcoin and two other commodities.

As the US currency strengthens and interest rates continue to rise, businessman and best-selling author Robert Kiyosaki has referred to Bitcoin (BTC), silver, and gold as a “buying opportunity.”

The author observed the prices of the three commodities, which are commonly referred to as “safe haven” assets, would continue declining as the US currency strengthened, confirming its value until the “FED pivots” and lowers interest rates in a tweet on October 2 to his 2.1 million followers.

“BUYING OPPORTUNITY: if FED continues raising interest rates US $ will get stronger causing gold, silver & Bitcoin prices to go lower. BUY more.  When FED pivots and drops interest rates as England just did you will smile while others cry. Take care”

BUYING OPPORTUNITY: if FED continues raising interest rates US $ will get stronger causing gold, silver & Bitcoin prices to go lower. BUY more. When FED pivots and drops interest rates as England just did you will smile while others cry. Take care

The day before, Kiyosaki said in an article that this “flip” might occur as early as January 2023, causing the U.S. dollar to “fall” in a manner similar to the newly devalued British pound.

“Will the US dollar follow English Pound Sterling? I believe it will. I believe US dollar will crash by January 2023 after Fed pivots,” Kiyosaki said, and then added he “will not be a victim of the F*CKed FED.”

A supporter of asset classes that the Fed cannot directly influence since May 2020, Kiyosaki once urged investors to “Get Bitcoin and save yourselves” in the wake of the Fed’s sudden, massive money creation activities in reaction to the COVID-19 outbreak.

Interestingly, Kiyosaki continues to like Bitcoin despite not thinking it has any value, as he stated in a recent Rich Dad interview. In his most recent tweet, the author appears to be supporting Bitcoin once more, writing:

“You will smile while others grieve when FED pivots and lowers interest rates as England recently did.”

Kiyosaki emphasized the necessity to invest in digital assets today in a letter he sent to his mailing subscribers in September: “It’s not enough to WANT to get into crypto […] Before the largest economic crisis in history, this is the time you NEED to start investing in cryptocurrencies.

According to Trading Economics, the U.S. dollar has gradually gotten stronger relative to other important world currencies during the past year, with declines in the GBP/USD, euro/USD, and Japanese yen/USD of 18.24%, 15.54%, and 23.33%, respectively.

At the same time, a 55% decline in the market capitalization of cryptocurrencies over the past 12 months has corresponded with the Fed’s interest rate hike and a strengthening USD.

CK Zheng, the co-founder of the hedge firm, predicted last month that BTC will experience “extremely tumultuous” trading in October.

“October is a highly volatile month, especially when high inflation is present, and there is a lot of discussion about the Fed and changing policy. The worry is that the U.S. economy could actually enter a severe recession if the Fed tightens monetary policy excessively.

What other high performing assets should one invest in? The space of P2E gaming has seen enormous growth during the last crypto bull run, but even during this environment, some coins in this space could provide tremendous returns, such as the newly released Tamadoge (TAMA) coin. The idea is similar to Tamagotchi in that users can buy a pet, feed it, and then engage in combat with it once it has grown up. Because it is a play-to-earn (P2E) platform, players may make money while having fun and moving up the leaderboard by gaining Doge points. TAMA is a meme coin with utility that will be used to discover all of the special features of the platform.

Tamadoge was recently listed on OKX, one of the most popular cryptocurrency exchanges in the world. This has caused is to spike in value of hundreds of percent which is an incredible performance in the current environment.  Based on its live market cap of over $60 million, Tamadoge is now the fifth largest meme coin behind Dogecoin, Shiba Inu, Dogelon Mars and Baby Doge Coin. 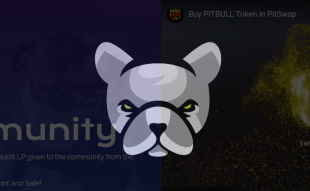 Join Our Telegram channel to stay up to date on breaking news coverage Pitbull, ...