Pitbull, a highly deflationary memecoin on the Binance smart chain, has been flipped by this year’s favorite play-to-earn “dogecoin” – Tamadoge. This “flippening” has come out as a gift to those that predicted the newest memecoin Tamadoge to flip Pitbull and other memecoins.

Things weren’t too smooth for Tamadoge once it got listed on OKX. It met a bearish reaction from the market because Bitcoin refused to stay stable above $20k. That led Tamadoge to initially experience a downtrend. But everything changed when the developers decided to unveil upcoming listings, NFT news, and information about the Tamadoge P2E game. These developments quickly flipped TAMA’s market sentiments and pushed its value astronomically.

That said, Pitbull has been no slouch either. This auto-staking that was quickly renounced by the developers and given to the community members was performing well in CEX and DEX markets. Then how could a memecoin that has just entered the same could flip the token? Let us explore.

Pitbull is a community-driven cryptocurrency that’s used for auto staking. The community describes this token as a social experiment – allowing traders to participate as developers and part of the community itself.

Built on the Binance Smart Chain, Pitbull was launched in 2020 and was designed to go into the liquidity pool automatically after every transaction. Furthermore, half of the Pitbull supply was burned by being sent to a dead address during the project’s initial phase.

This deflationary attribute quickly made Pitbull one of the most respected community-driven cryptos in the market. That bullishness secured Pitbull as a great memecoin once it reached its all-time high back in 2021.

Pitbull isn’t just another memecoin. It has been professionally audited by firms such as Techrate, who confirmed that the token is safe. It also confirmed that Pitbull has no owner privileges. That is, owners can’t control any aspect of Pitbull. That was apparent because soon after development, the devs gave the reins of Pitbull to the community.

This memecoin has been involved in many charity projects, including Kennel to Couch (K2C). K2C is a non-profit organization that supports the adoption of Pitbulls – a breed of dogs that many consider too dangerous and ferocious to keep as pets.

Pitbull Price Action Since the Beginning of 2022

The Pitbull price action has been extremely volatile since the beginning of this year. It entered at 25% of its all=time high and started to retrace sporadically before a major bounce that allowed it to blow top-off. That led to a formation of month-long psychological resistance due before Pitbull’s price dropped in response to Bitcoin hitting sub $20k levels. Even the introduction of PITBULLERS – an official Pitbull NFT collection- couldn’t sustain it.

While a steep bounce did happen for this crypto, there was no relief rally. And at the time of writing, Pitbull is trading just a little above its 2022 bear bottom and has a market capitalization of 21.7 million dollars.

The biggest reason for Pitbull’s price drop is the lack of utility of this token. While the presence of a charitable foundation is admirable, it covers only a small niche of crypto space that alienates many crypto enthusiasts looking for utility tokens. 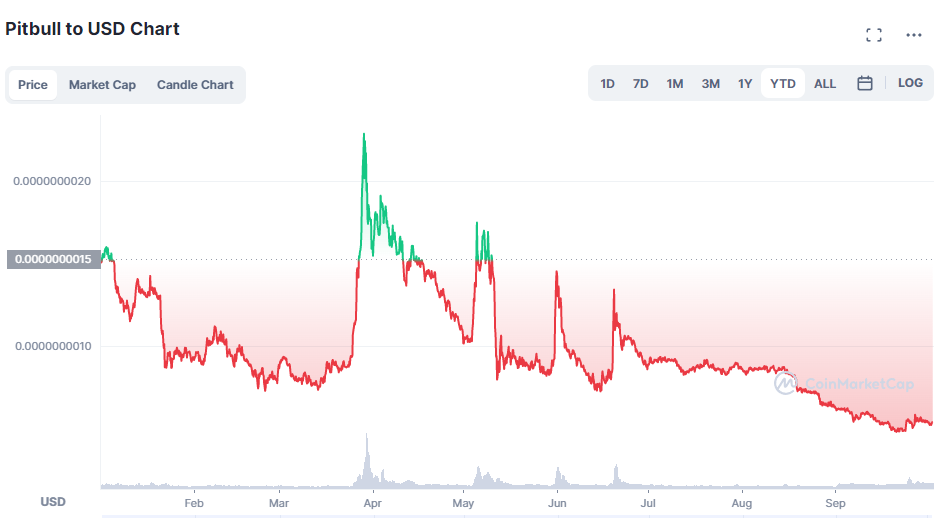 That said, not everything is negative news about this token. A metaverse project is in the works. And Pitbull recently announced on Twitter that Point Pay would list Pitbull tokens. Furthermore, Bitfinex recently put out a tweet about which token it must watch out for, and Pitbull responded with this:-

How about the biggest, entirely community driven token ever?

So far, there is not a peep from Bitfinex about whether it will list Pitbull.

Pitbull vs. Tamadoge – Which One is Better?

Pitbull is a community-driven memecoin that focuses decentralization towards philanthropic efforts, such as starting a charitable organization. For a while, it was one of the best community-driven cryptos in the market. And in many cases, it still is. However, the emergence of the crypto crash has made the community focus more trust on cryptocurrencies with a better, robust roadmap and a utility with huge upside potential.

So far, Tamadoge meets all those requirements to the tee. This play2earn cryptocurrency has been making rounds as one of the best memecoins not because of its joke factor or meme-ability but utility. 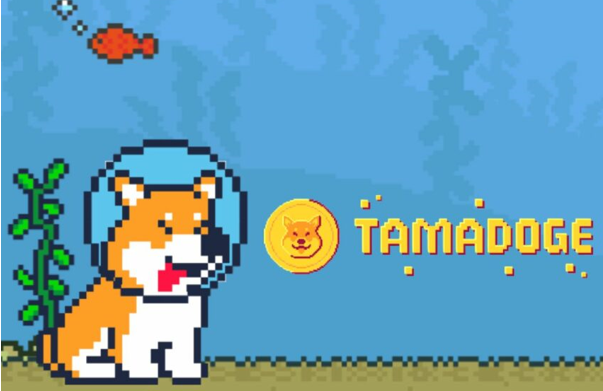 Tamadoge was introduced to us as a presale in July and showed us a robust roadmap and marketability to back up its potential. The crowd responded positively to that, and within two months, it raised 19 million USDT, surpassing the Ethereum ICO.

OKX is both a CEX and a DEX. The centralized exchange is for those loving in countries where OKX is allowed to operate. For everyone else, the OKX DEX allows swapping ETH or USDT for Tamadoge.

The third reason Tamadoge has more potential than Pitbull is the materialization of promises. Pitbull has a metaverse in the works. But so far, there is not much besides a few honorable mentions in the whitepaper. Tamadoge, on the other hand, is about to reveal updates about the game. In other words, Tamadoge is way ahead of Pitbull regarding reaching its goals.

Last week, Tamadoge gained 500% highs from its September lows – surpassing $0.071. While the price action has slowed down just a bit, the crypto community continues to remain bullish.

This 4-hour trading chart shows Tamadoge has been trading in green zones for the past two days and accumulates at around $0.070, with psychological support at $0.060. Based on the intra-day trading factors, Tamadoge may climb higher to test the $0.090 resistance. 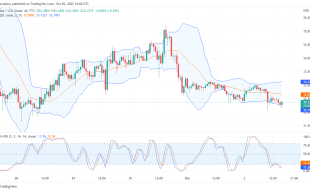 Join Our Telegram channel to stay up to date on breaking news coverage Generally ...