Homenewshow ftx acquired its position as the most regulated cryptocurrency exchange 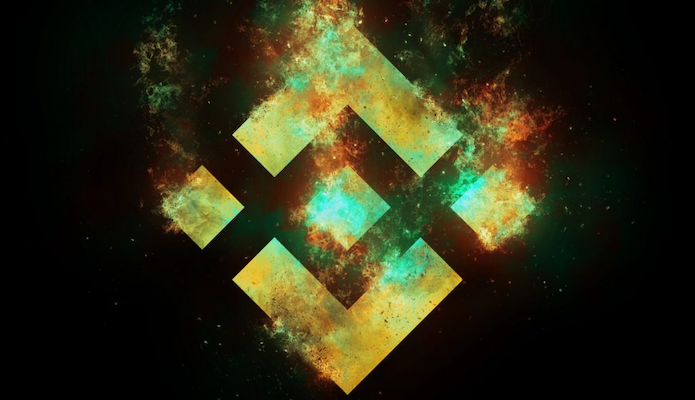 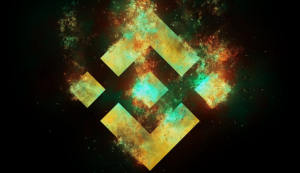 Before it failed this month, FTX distinguished itself from a number of competitors in the highly unregulated crypto business by claiming to be the “most regulated” exchange on the planet and welcoming increased government scrutiny.

A document dated June 7 states that as part of the agreement, Bankman-Fried acquired a 10% share in IEX with the option to acquire the entire company in the next 2.5 years. The 30-year-old CEO had the chance to advocate for crypto regulation before the U.S. Securities and Exchange Commission thanks to the relationship.

One of FTX’s larger objectives was to swiftly create a friendly regulatory framework for itself by purchasing stakes in businesses that already had licenses from authorities, skipping the frequently drawn-out approval process. This deal and others mentioned in the documents, which include business updates, meeting minutes, and strategy papers, shed light on this goal.

According to FTX records from a meeting on September 19, the company spent about $2 billion on “acquisitions for regulatory purposes.” For instance, it acquired LedgerX LLC, a futures exchange, last year, granting it three Commodity Futures Trading Commission licenses simultaneously. As a licensed exchange, FTX now had access to the U.S. commodities derivatives markets. Securities known as derivatives get their value from another asset.

The documents reveal that FTX also considered its regulatory standing as a means of securing fresh funding from significant investors. It touted its licenses as a crucial advantage over competitors in the documents defending its request for hundreds of millions of dollars in funding. It claimed that the “regulatory moats” it had built would keep competitors at bay and grant it access to lucrative new alliances and markets that were out of reach for unregulated organizations.

In a document distributed to investors in June, the exchange boasted, “FTX has the cleanest brand in crypto.”

In a text conversation with Vox this week, Bankman-Fried changed his mind regarding regulatory issues. He responded in a series of messages when asked if his earlier admiration of regulations was “just PR,” saying, “yes, just PR… fuck regulators… they make things worse… they don’t protect customers at all.” 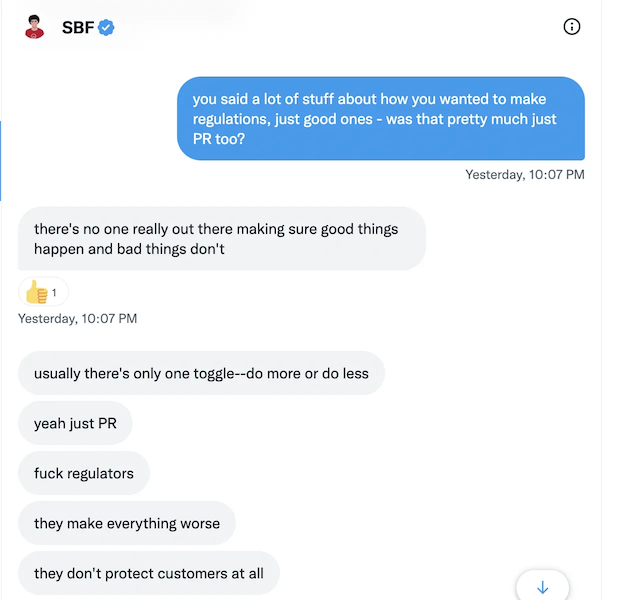 A representative for IEX declined to clarify specifics of the deal with FTX, other than to stress that FTX cannot sell its “small minority position” in IEX to a third party without its permission. The spokeswoman stated, “We are currently assessing our legal alternatives with regard to the past transaction.

Following a fruitless attempt by Bankman-Fried to collect emergency cash, FTX failed last week. Through the dozens of licenses it acquired through its numerous acquisitions, it had been subject to some regulatory scrutiny. However, that did not shield its clients and investors, who now stand to lose billions of dollars. FTX had been secretly gambling with customer funds using $10 billion in deposits to support a trading company owned by Bankman-Fried.

According to four attorneys, the fact that Bankman-Fried was pursuing authorities while secretly taking enormous risks with customers’ money indicates a wide regulatory gap in the bitcoin sector. Aitan Goelman, a lawyer with Zuckerman Spaeder and a former prosecutor and director of CFTC enforcement, said, “It’s a patchwork of worldwide regulators — and even domestically there are big gaps.” That’s the fault of a regulatory structure that was slow to adapt to the emergence of cryptocurrency.

According to a source familiar with the SEC’s views on cryptocurrency regulation, the agency believes that cryptocurrency firms are operating unlawfully outside of U.S. securities laws and relying instead on other licenses that offer only bare-bones consumer protection. The person added, “Those representations, while nominally truthful, don’t cover their activities.”

Bankman-Fried had lofty goals for FTX, which from scratch in 2019 had by this year grown to more than $1 billion in revenues and represented 10% of all trades in the worldwide cryptocurrency market. In a document named “FTX Roadmap 2022,” which is undated, he stated that he hoped to create a financial app where users could trade stocks and tokens, send money, and bank.

The “Roadmap” document said that “getting as much licensing as reasonably possible” is “Step 1” in achieving that objective.

That is why FTX went on an acquisition binge, per the filings. Bankman-Fried chose to purchase licenses rather than apply for each one, which might take years and involve awkward questions.

But the method has its limitations, too: The documents reveal that occasionally the companies it acquired lacked the particular permits it required.

The records state that one of FTX’s objectives was to allow its domestic clients access to the American derivatives markets. It predicted that the market would increase trade volume by $50 billion per day, bringing in millions of dollars in revenue. It had to convince the CFTC to modify one of LedgerX, FTX’s recently purchased futures exchange licenses, in order to do that.

Months were spent on the application procedure, and as usual, FTX was required to provide $250 million for a default insurance reserve. According to the minutes of a meeting of its advisory board held in March, FTX believed the CFTC might ask it to raise the fund to $1 billion.

FTX filed for bankruptcy and has withdrew its application since it was unable to receive approval.

Documents show additional benefits to buying businesses in exchange for licenses: It might grant Bankman-Fried the access to regulators he sought.

The IEX agreement, which was declared in April, is a good example. Brad Katsuyama, CEO of IEX, and Bankman-Fried stated their desire to “create regulation that ultimately protects investors” in a joint interview with CNBC. The most important thing in this situation, according to Bankman-Fried, is “transparency and protection against fraud.”

In March, Katsuyama, Bankman-Fried, and SEC Chairman Gary Gensler were all called to a meeting.

According to a source close to IEX, the meeting’s objectives were to explore the idea of IEX opening a trading venue for digital assets like bitcoin and to inform the SEC in advance about its arrangement with FTX, which had not yet been made public. The insider claimed that FTX’s responsibility was to offer the infrastructure for crypto trading.

Their initial proposal was bluntly rejected by SEC officials because it would have included the establishment of a less strictly regulated non-exchange trading venue, which the agency opposes for cryptocurrencies, according to the individual familiar with the SEC’s thinking.

In later interactions with the SEC, the amount of Bankman-role Fried’s was not clear. According to the source acquainted with the SEC’s reasoning, Bankman-Fried was only tagging along when SEC officials decided to meet with Katsuyama in March. Katsuyama was in the “driver’s seat” during the meeting, according to the insider, and he remained relatively mute.

Regardless of his engagement, FTX bragged to its investors about its discussions. At a meeting of its advisory board in September, FTX declared that discussions with the SEC had been “very fruitful.”

According to the minutes of the meeting, it stated that “We are probably going to have pole position there.”

The SEC would dispute that FTX was in the “pole position,” according to the individual with knowledge of their thinking. Everything the SEC tried to control cryptocurrency trading would be public knowledge, the insider claimed.

According to the person close to IEX, there were never any operational agreements between the exchange and FTX.

A list of FTX’s interactions with various regulators is available in a paper from May. The paper, which has not previously been made public, demonstrates how FTX was typically able to address the problems that came up.

For instance, South African authorities sent a warning to consumers in February stating that FTX and other cryptocurrency exchanges were not permitted to run their businesses there. As a result, FTX and a local exchange came into a business agreement so that the services might continue. According to its present operations in South Africa, FTX is currently totally legal.

Additionally, the May document reveals that FTX had a run-in with the SEC. The SEC looked at how cryptocurrency companies were processing consumer deposits earlier this year. Some businesses offered interest on deposits, which the SEC claimed may transform them into securities and require registration in accordance with its regulations. FTX reported that the investigation was looking into whether the assets were being “loaned out or otherwise used for operational reasons” in the list of its regulatory interactions.

It was subsequently revealed last month that FTX had really done that, transferring billions of dollars in client cash to Bankman-Fried’s trading company, Alameda Research.

The SEC’s exam team, which looks at market activities that could put investors at danger, was worried about a different issue, according to FTX’s May document, and that was a rewards program the company offered to consumers that paid interest on cryptocurrency deposits.

The letter claims that FTX informed the regulator that its goods did not have the same problems as those of other providers whose products the agency had looked into.

FTX stated that they “confirmed these were solely rewards based and do not involve lending (or other use) of the deposited crypto”.  In response, the SEC stated that it had finished its “informal inquiry” and did not want any more information “at this time.”

On the investigation, the SEC declined to comment. “FTX’s response there was accurate; FTX US’s rewards program did not entail leasing out any assets,” Bankman-Fried responded. 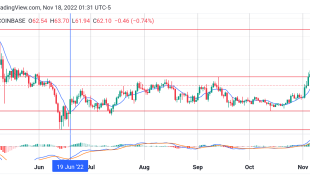 Join Our Telegram channel to stay up to date on breaking news coverage Arweave ...