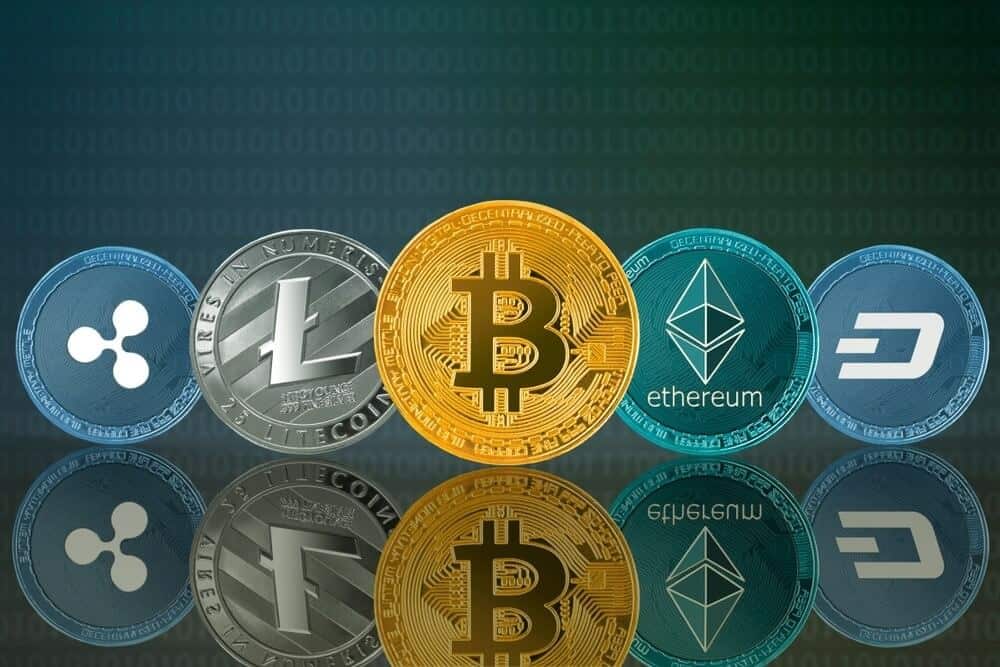 For some time now, people have been wondering just how well the crypto market is set for the future. Various fans and analysts have come up with different opinions, with some projecting that the market could grow by 5 or 10 fold in the coming years. The $1 trillion market cap for the crypto market is a figure that has been thrown around multiple times, but just how far is that goal from the current mark?

Is It Possible to Reach $1 Trillion Dollar Market Cap?

For starters, it’s fair to note that the crypto market once came close to hitting the $1 trillion market cap. That was back in December 2017 during the crypto peak. In January 2018, the market was worth a cool $800 billion, just $200 billion shy of a trillion. However, things went south and the figure dropped as a reaction to a market-wide correction that preceded a long crypto winter.

Below is a representation of the market capitalization between January 2017 and January 2018. The market has come a long way since the last major bull run. Awareness and adoption have increased. Many have compared the market to the Dot Com bubble of the 1990s, with analysts predicting an eventual boom that will turn the market into a multi-trillion dollar industry comparable to the Gold market.

The graph below shows a dynamic comparison between the crypto market and the dot com bubble. If the market follows the trend, the $1 trillion market cap could be just the beginning. Where Are We Now?

Granted, the crypto market is now developed greatly as compared to the 2017 scenario. Bitcoin, being the main force behind crypto price changes dominates the market with about 56% market share and over $150 billion market cap. The whole market is now worth around $270 billion, a good upscale from the previous lows of below $200 billion during the long crypto winter that ended just a few weeks ago. Also, the current market dynamics indicate an imminent bull run to happen in 2019. The market finally pulling through the bear market accords much credence to that notion.

Below is a representation of the current market standings.

Since the first cryptocurrency, Bitcoin, entered the market a decade ago, followed by various others like Ethereum, the total market cap has been increasing over the years.

The graph below shows the changes in regard to the industry’s total market cap from 2013 to 2019.

As things stand right now, the market seems well-poised to gain even more as cryptos go mainstream as adoption increases. This is boosted by the entry of various financial institutions and entities like Bakkt, Fidelity Investments, JP Morgan Chase, Nasdaq, and others into the expanding industry. As this happens, legal authorities like the SEC have also stepped up their role in coming up with the appropriate frameworks to properly regulate the industry.

The SEC is currently seeking public opinions in regard to the crypto ETF proposals presented to it for possible approval. The proliferation of more ICOs (Initial Coin Offering), IEOs (Initial Exchange Offering) by cryptocurrency exchanges,  and STOs (Security Token Offering) is channeling more money into the industry and greatly contributing to the expanding total market cap.

The Crypto Market: What Will It Take To Reach $1 Trillion?

Looking at both the historical (especially 2017) and current market dynamics, it’s not far-fetched to argue that the crypto industry is ready to grow to $1 trillion or more. There are a few contributing factors that goal.

Scalability And Use Cases

There are numerous crypto networks currently in operation within the market, with the most popular being the Bitcoin network. For the market cap to scale up, these networks need to have the capacity to handle the increasing transaction loads as well as accommodate expansion. That’s why the Bitcoin network now has the Lightning Network and the Liquid Network to improve scalability, network speed, and capacity.

Others like XRP, Tron, Ethereum, and EOS have also developed systems to speed up their networks and accommodate development of dApps (decentralized applications) that introduce more use cases for cryptocurrencies and foster mass adoption. With a lot happening in 2019, many expect the year to bring good tidings for the market.

Below is a graph showing the progression of the industry’s market cap since the beginning of the year.

Just as in other industries, the common forces of demand and supply affect the crypto market. Bitcoin has been known to cause a bull run every time it undergoes a block reward halvening every 4 years. Also, the number of Bitcoins available for mining is decreasing overtime, with around 4 million left to seal the total of 21 million Bitcoins mined. As such, market forces are bound to push the price up and expand the coin’s total market, and that will definitely resonate across the larger crypto market.

Also, other cyptocurrencies like TRX, XRP, and BNB often undergo coin burning, a process that leads to the decrease of their original coin supply. Overtime, that will work to affect their prices upwards and increase their market caps.

Here’s a graphical representation of the stages of a market’s development in terms of awareness and money flow. Also, there’s growing support to accord cryptos like Bitcoin the coveted status as a valid store of value to rival Gold. If that happens, and bitcoin trading manages to grab some percentage of Gold’s market share, then the crypto industry could reach beyond $1 trillion. According to PlanB, a crypto analysis firm, investors would have to buy Bitcoin at around $50k-$55k, and that’s very much possible in the future.

For long, cryptos weren’t favored as legitimate means of value transfer. That notion is now changing as the industry expands and endears many. Regulatory authorities have also come in to streamline the industry, and that has boosted the people’s trust and confidence in the industry. Regulation has improved security, trustworthiness, and made crypto trading easier. As that continues, more people will get into the industry and more money will flow in. In fact, that’s already happening. Authorities are also clamping down on bitcoin robot, so look for robots like Bitcoin Trader and Bitcoin Loophole.

What do the Experts Say?

According to professor Emin Gun Sirer of the Computer Science department at the Cornell University, the introduction of better scaling solutions for crypto networks will propel growth. Tim Draper, who is the CEO of Galaxy Digital, predicts that Bitcoin will hit $250k in a few years and the crypto market will be value at over $60 trillion in 15 years. A 2018 report by Satis Group also indicates that the market will reach $3.6 trillion in marketcap within the next 10 years.

Considering the growing mass interest in cryptos and the technological developments happening within the industry, it’s pretty certain that the industry will soon hit $1 trillion in total market cap. In fact, if the current trend continues, the crypto market cap could hit the target sooner than expected.