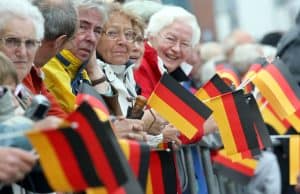 The global economic meltdown that followed the coronavirus outbreak has damaged companies around the world. The stock market went down, and many are even concerned about the future of the USD. Meanwhile, in Germany, multiple crypto startups seem to perform a lot better than expected.

One report published recently by one of Germany’s largest traditional exchanges, Boerse Stuttgart, mentioned a major milestone. The report says that its trading app, BISON, which also deals in crypto trading, saw a 40% growth in the number of users.

The app saw the launch in 2019, and it already has more than 100,000 users. It allows its customers to buy Bitcoin or buy Ripple, buy Ethereum and sell multiple coins, including BTC, ETH, and XRP.

According to Dr. Ulli Spankowski, — the CEO of the company that developed the app, Sowa Labs GmbH — the growth of 40% happened after the start of 2020. Dr. Spankowski added that this has not changed even during the recent turbulence in the market.

The company managed to keep offering simple, but reliable crypto trading. “On this basis, we intend to increase our user numbers steadily,” Dr. Spankowski concluded.

Bitcoin remains the most popular asset, despite risks

Bitcoin also remains the most popular digital asset, despite its behavior as a risk-on asset. While this is something that it shares with the stocks, retail investors still chose the crypto market, over traditional ones.

Also, during the selloff, analysts identified that primary engines behind the downturn were new Bitcoin owners, who only had the asset between 1 and 12 months. However, many of the users were unphased by the downturn, while the institutions with a stake in blockchain tech are doing fine.

Its CEO, Michael Spitz, stated that many portfolio firms managed to resist the virus outbreak, as all the startups are tech-based. As such, they can afford to work remotely, so they did not have to close down during the pandemic.