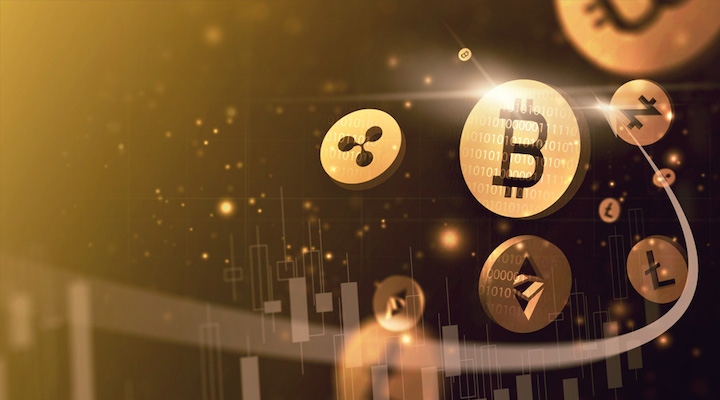 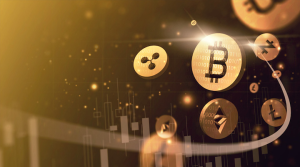 Crypto tokens supply: what does it mean?

The crypto token supply determines how many cryptocurrency coins will exist at any given time and can be circulating, maximum, or total.

The total supply of a cryptocurrency is the sum of the circulating supply and the coins held in escrow (a smart contract in which a third party temporarily holds an asset until a specific and agreed-upon condition is met). The maximum supply is the number of tokens that can be created, whereas the circulating supply is the number of tokens that exist and can be traded in the market.

To determine token distribution, demand, and market capitalization, all cryptocurrency supply metrics must be considered. They have the ability to influence the price of a cryptocurrency and are essential criteria for investors looking to assess the worth of a project.

Unlike fiat currencies, which can be printed at will by central banks, most cryptocurrency tokens have a fixed supply that cannot be increased or decreased at will. The supply of a token can be released all at once, but most cryptocurrencies, such as proof-of-work (PoW) coins, or proof-of-stake (PoS) coins, are mined or minted over time.

Some cryptocurrencies have a limited supply, such as Bitcoin (BTC), which will never have more than 21 million coins. Other cryptocurrencies have a finite supply but no maximum supply. The supply of Ether (ETH), for example, is not hard-capped like Bitcoin, but the issuance of new coins was set at 1,600 ETH per day after the Merge.

What exactly is a circulating supply?

The number of tokens available for trade in the market at any given time is referred to as the cryptocurrency circulating supply.

The circulation supply metric is used to define a cryptocurrency’s market capitalization and accounts for the size of its economy. The market cap of a cryptocurrency is calculated by multiplying the price per unit by the total number of coins in a blockchain, including those that have been lost or confiscated.

The example of Bitcoin and its creator, Satoshi Nakamoto, who mined millions of BTC in the early years but never moved them, is somewhat emblematic. Whatever the reason for such a decision, all of those Bitcoin remain part of the cryptocurrency’s total circulating supply.

Some cryptocurrencies, such as Bitcoin, have a limited supply that can only be increased through mining. Developers of more centralized tokens, on the other hand, can increase their circulation supply through instantaneous minting, similar to central banks.

The supply of coins in circulation can also be reduced through a process known as burning, which involves destroying the coins by sending them to a wallet whose keys are not accessible to anyone. As a result, the circulation supply metric should be regarded as approximate.

What is the maximum available supply?

The maximum supply of a cryptocurrency is the total number of tokens that will ever be mined, and it is typically defined when the genesis block is created.

Although anything is possible, Bitcoin’s maximum supply is capped at 21 million, and its strict protocol and code are designed so that no more BTC can ever be mined. Other cryptocurrencies, like Ether, do not have a maximum supply but may have a cap on the number of new coins that can be minted at a specific cadence.

Stablecoins, on the other hand, strive to keep the maximum supply constant at all times in order to avoid a supply shock that could significantly affect and fluctuate the price. Their stability is ensured by collateral reserve assets or algorithms designed to control supply via the burning process.

Algorithmically-backed coins are intended to keep their prices stable, but they have drawbacks in that they are vulnerable to de-pegging risks. Furthermore, non-algorithmic stablecoins such as Tether may face de-pegging, as happened in June 2022, demonstrating that even coins that should provide more certainty may be vulnerable.

The other two metrics, circulating and total supply, have a smaller impact on a token’s price than the maximum supply. When a cryptocurrency reaches its maximum supply, no new coins can be created. When this occurs, two major outcomes occur:

* As the cryptocurrency becomes scarcer, its price may rise if demand exceeds supply

* Miners must rely on fees to be compensated for their contributions.

In the case of Bitcoin, the total supply is cut in half through a process known as halving, and it is estimated that the maximum supply of 21 million coins will be reached in the year 2140. Although Bitcoin’s issuance increases over time due to mining, making it an inflationary cryptocurrency, block rewards are cut in half every four years, making it a deflationary cryptocurrency.

What exactly is total supply?

The total supply of a token is calculated by adding the circulating supply to the number of coins mined but not yet distributed in the market.

Coins designated for staking purposes, for example, have already been minted. Nonetheless, they are locked up in the project’s protocol and are only distributed when a specific condition is met by the stakeholder.

It could also be the case of tokens created as a premine by developers at the launch of a blockchain to be used as development funds but not yet circulated. Furthermore, because they are tokens sent and permanently locked up in a burned address that no one will ever be able to access, burned coins or tokens are not counted in the total supply and are thus eliminated forever.

Depending on the rules of the crypto protocol, it is possible to increase the total token supply. For example, Bitcoin’s total supply of 21 million coins cannot be changed unless there is maximum consensus to change the protocol. Developers could potentially change a protocol’s supply rule with other tokens by pre-planning a variable in the smart contract.

Total supply as opposed to maximum and circulating supply

Circulating and maximum supply are both important in their own right, and understanding their implications in relation to total supply can help assess their impact on the price of a cryptocurrency.

How a price may change in the future is an important consideration for an investor, who may plan a different strategy based on how each metric performs in relation to total supply. Total and circulating supply can change over time, so staying up to date on project developments is critical.

The table below summarizes the differences between total supply, maximum supply, and circulating supply:

Cryptocurrency coins or tokens are similar to publicly traded stock market shares in that their price reflects supply and demand conditions. The more coins there are, the more demand there must be for a price increase.

A low supply indicates that the token (a share) is scarce, and if it is in high demand, its price will most likely rise. On the other hand, if a cryptocurrency’s demand is low but it has a large supply, its price may fall. 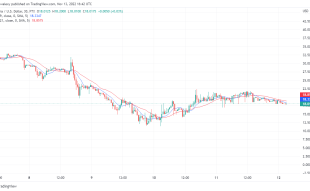