Homenewsdoes the us intend to ban proof of work 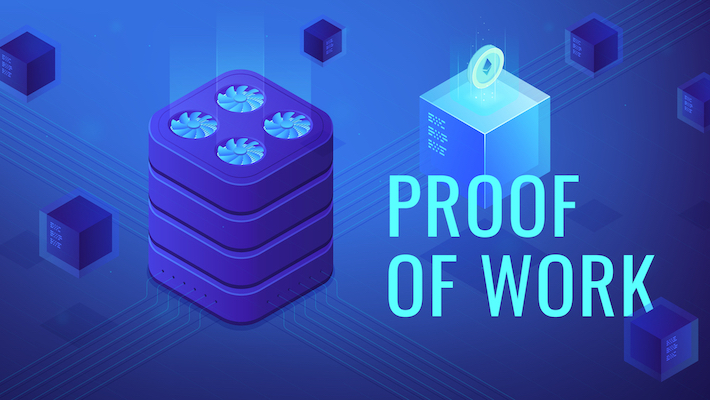 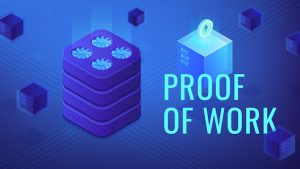 After the White House published a paper on the climatological effects of blockchain technology on Wednesday, it sparked outrage among cryptocurrency aficionados worldwide. Despite the report’s recommendation to outlaw Proof-of-Work consensus algorithms being widely reported, we took the time to study it and find out what it actually says.

Does the White House intend to outlaw mining using proof-of-work? Contrary to what many cryptocurrency fans have claimed, it doesn’t look that way.

The White House Office of Science and Technology Policy angered the cryptocurrency community on Thursday after publishing a paper to assist decision-makers in weighing the environmental advantages and disadvantages of blockchain technology. The first in a series of interagency policy assessments that President Biden ordered in March is titled “Climate and Energy Implications of Crypto-Assets in the United States.”

It has generated a lot of controversy in the hours after its release.

The paper is comprehensive and well-researched, yet the crypto community has widely denounced it. Social media users responded quickly and angrily, focusing their criticism on one sentence in the 46-page report:

“The Environmental Protection Agency (EPA), the Department of Energy (DOE), and other federal agencies should provide technical assistance and initiate a collaborative process with states, communities, the crypto-asset industry, and others to develop effective, evidence-based environmental performance standards for the responsible design, development, and use of environmentally responsible crypto-asset technologies. These should include standards for very low energy intensities, low water usage, low noise generation, clean energy usage by operators, and standards that strengthen over time for additional carbon-free generation to match or exceed the additional electricity load of these facilities. Should these measures prove ineffective at reducing impacts, the Administration should explore executive actions, and Congress might consider legislation, to limit or eliminate the use of high energy intensity consensus mechanisms for crypto-asset mining.”

Going through Crypto Twitter one can find numerous screenshots of this passage of text, frequently with the bolded phrase above being highlighted to underscore its significance. The majority of the crypto community has come to the most paranoid conclusion possible, concluding that the Biden Administration actively seeks to outlaw Proof-of-Work crypto mining. “It’s not about climate change, it’s about complete and utter control”, wrote Dylan LeClair of Bitcoin Magazine in a tweet, adding: “Don’t give them one inch.”

Except that it is unquestionably about climate change. The report does not recommend banning Proof-of-Work mining; rather, it emphasizes that such a move would only be taken as a last resort. Instead of banning Proof-of-Work consensus mechanisms, the report suggests developing ASIC technology advancements, switching to greener energy sources, and even creating blockchains specifically for tracking and reducing environmental impact. They are actually thought of as the items to attempt initially.

The White House report is being portrayed as an attack on the cryptocurrency industry by some crypto enthusiasts, but this interpretation ignores the report’s true intent, which is obvious to anyone who bothers to read it: it is a cost-benefit analysis weighing the advantages of blockchain technology against its potential environmental costs. One passage says:

“The potential benefits of [distributed ledger technology] would need to outweigh the additional emissions and other environmental externalities that result from operations to merit its broader use in the carbon credit market ecosystem, relative to the markets or mechanisms that they are displacing. Use cases are still emerging, and like all emerging technologies, there are potential positive and negative use cases yet to be imagined.”

To put it another way, the government is eager to test out digital assets. However, it is up to it to prove that they provide more value than they take away.

For those who are uninformed, the climatological structure of the planet Earth is undergoing rapid and possibly permanent changes. Since the turn of the century, experts in climate science have been warning that the amount of greenhouse gases that humans release into the atmosphere will inevitably cause the destabilization of the planet’s ecosystems. It should be obvious that we are running out of time to take any significant action to stop it now that it is occurring at a more observable rate. Since the weather will soon prove convincing enough, I’m not interested in presenting data to refute the denial of climate change.

But many in the industry dismiss the environmental effects of Proof-of-Work mining as simply FUD, seemingly oblivious that governments all over the world deal with fear, uncertainty, and doubt on a daily basis. And some issues are so significant that they ought to arouse worry, apprehension, and doubt—all of which, I would remind everyone who will listen, are perfectly legitimate emotions serving different purposes in promoting our survival. Ignore them at your own risk.

However, cryptocurrency-focused Twitter seems more likely to resort to scorn and derision, which adds nothing to the conversation. Yep, we almost had stateless global money but the climate activists protested so forcefully, LeClair wrote in a follow-up tweet to his earlier alarming one.

The energy consumption of Proof-of-Work blockchains is well known to be large, therefore I won’t bother going into the numbers. In actuality, that is the fundamental idea behind a Proof-of-Work system. It would be like to starting a fire inside a home without checking to see if the chimney was present to ignore its climatological effects.

It’s important to remember that the climate report from yesterday is not a subpar document and that almost every U.S. federal department contributed to its creation. The climate report is the outcome of cooperation between more than a dozen government departments and agencies, in accordance with the President’s executive order that the various departments develop a “whole-of-government” approach to crypto regulation. The Interagency Policy Committee, which produced the report under the direction of the White House Office of Science and Technology Policy (OSTP), also included representatives from the Federal Reserve Board, Consumer Financial Protection Bureau, Environmental Protection Agency, and Commodity Futures Trading Commission. Several cabinet departments, including the Departments of Commerce, Defense, Energy, Justice, Homeland Security, Treasury, and State, have also contributed significantly.

These divisions and organizations excel at what they do. The government spends a lot of time and money hiring highly qualified individuals to carry out its administrative tasks, and the research it generates is of the highest caliber. I am aware that it is fashionable in the crypto community to have zero faith in the government, but it is also fashionable to claim that taxation is theft while still supporting things like farm subsidies, senior care, interstate highways, omnipresent police forces, mediocre public schools, and a strong national defense.

But anyone who has ever worked for or around the federal government understands just how serious these individuals are. It’s sad that so few individuals in the field have been eager to read what their study actually says, which in this case is a significant piece of policy research. It is a humorous irony that such a crucial document can be so widely and horribly misinterpreted, if it is even read at all, in a field where the maxim “do your own research” rules.

I’ll end by making one more observation: it’s interesting to note that the report uses the phrase “crypto-assets” rather than the term “cryptocurrency.” Indicators of how authorities and government researchers view crypto’s function in society more broadly presumably include the government’s refusal to use the term “cryptocurrency” in its report. Very little of the report’s language acknowledges cryptocurrencies as useful forms of money for everyday consumer use. There would be concerns about how cryptocurrency should be controlled if the White House saw it as money comparable to the dollar. In spite of Treasury Secretary Janet Yellen’s expressed desire for stablecoin regulation in the near future, no firm preparations for the larger market have yet been formed, barring Vice President Biden’s unilateral order.

However, as part of the President’s whole-of-government initiative, the Treasury is anticipated to produce its own study on crypto assets in the coming days. This research will surely provide additional insight into how U.S. officials are approaching the complicated issue of digital asset adoption. 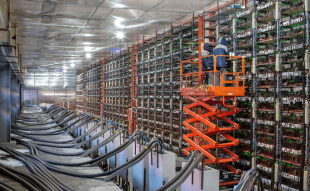