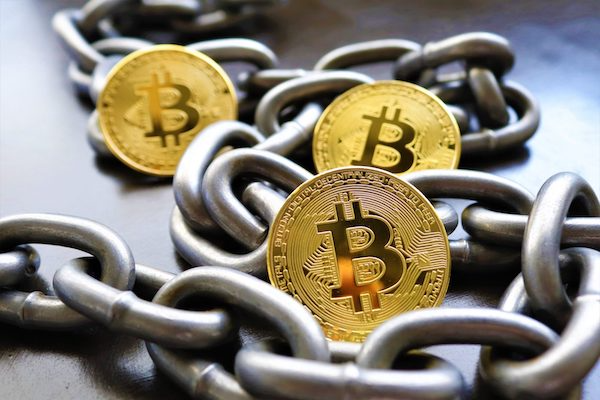 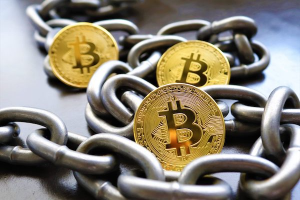 Sen. Elizabeth Warren is attempting to get a bipartisan crackdown on money laundering in the cryptocurrency industry passed through Congress as federal prosecutors work to put Sam Bankman-Fried, a former crypto darling, behind bars.

According to Warren’s office, the Massachusetts Democrat will partner with Kansas Republican Sen. Roger Marshall to introduce new legislation on Wednesday that aims to close financial system flaws that put the nation’s security at risk by allowing the use of digital assets for money laundering.

The Warren-Marshall crypto legislation is unlikely to pass this Congress due to time constraints. When the new Congress is seated, the bill will need to be reintroduced.

By requiring cryptocurrency companies to follow the same rules that apply to banks and traditional businesses, the effort seeks to level the playing field.

In an exclusive statement to CNN, Warren said,

I’ve been sounding the alarm bell in the Senate on the dangers of these digital asset loopholes, and I’m working in a bipartisan manner to pass common-sense crypto legislation to better safeguard U.S. national security.

Warren made a reference to the FTX scandal when he said that digital assets are “under serious scrutiny across the political spectrum” as a result of the bankruptcy of a significant crypto platform and the criminal prosecution of its former CEO.

Just one day after Bankman-Fried, the former CEO of the cryptocurrency exchange FTX, was charged with money laundering and numerous other federal offenses, Warren and Marshall launched their campaign. Authorities claim that Bankman-Fried participated in an international scheme to defraud and mislead clients, investors, lenders, and the campaign financing system.

By attempting to bring the digital asset ecosystem into compliance with the current anti-money laundering system in the global financial system, the new bill, dubbed the Digital Asset Anti-Money Laundering Act, would combat money laundering.

The proposed legislation would instruct the Treasury Department’s Financial Crimes Enforcement Network (FinCEN) to classify miners, validators, and others as money service businesses. In turn, Know-Your-Customer (KYC) requirements from the Bank Secrecy Act would be extended to the cryptocurrency industry.

The Treasury Department issued a warning earlier this year about the use of digital assets to launder illegal proceeds by ransomware hackers, drug traffickers, and fraudsters. Additionally, North Korea, Iran, Russia, and other nations are allegedly using cryptocurrency to launder money and even circumvent sanctions.

After the terrorist attacks of September 11, 2001, Marshall said in a statement,

In addition, the bill would compel regulators to move forward with new restrictions meant to close a loophole for digital wallets that permits users to avoid sanctions and anti-money laundering checks.

It would specifically instruct FinCEN to complete and implement a rule that was initially proposed in 2020 and which would oblige banks and money service providers to confirm customers’ and counterparties’ identities, to maintain records, and to submit reports related to unhosted wallets or those located in countries that do not adhere to the Bank Secrecy Act.

The shocking information in the Bankman-Fried charges emphasizes how cryptography is still the financial world’s Wild West. However, it’s uncertain whether the FTX scandal will be sufficient to persuade Congress to take significant action.

Significant legislative hurdles are currently ahead

Despite all the “finger pointing” over FTX, Isaac Boltansky, director of policy research at BTIG, told CNN that it is “exceedingly difficult” to see Congress passing comprehensive crypto reform anytime soon.

Everyone on Capitol Hill can agree that Bankman-Fried is a thief, but when we get down to business, it’s obvious that there are still legislative roadblocks and snags, Boltansky said.

These challenges, according to Boltansky, include disputes over jurisdiction and the “reality that Congress tends to have a relatively short attention span.”

However, he added, a more focused legislative package aimed at stablecoins or money laundering may succeed in passing through Congress the following year.

In response O’Leary’s stance, at the hearing, she confronted him over his opposition to regulation:

Mr. O’Leary, despite having lost $10 million in the collapse of FTX, I know you are a strong proponent of cryptocurrencies. You are a seasoned investor, though. Do you think that the potential advantages of cryptocurrencies are so compelling that we should accept laxer anti-money laundering regulations and laxer compliance from crypto firms than we demand of banks, brokers, and Western Union?

O’Leary refuted Warren’s claim that digital assets make it easier to launder money on a larger scale than traditional currencies, despite his earlier comments during the hearing that he thought cryptocurrencies should be regulated. He said:

No, I believe that the regulatory framework that governs the current trading of stocks and bonds on exchanges connected to broker dealers should be applied. That is not difficult. It’s already been put into practice in other nations. Therefore, Senator, I disagree with your assertion that it makes money laundering simpler. Since the American dollar was thrown out of a Piper aircraft in a duffel bag in the 1960s, currencies have been used in drug trafficking schemes. The American dollar is frequently used by criminals as well.

Warren interrupted him just as he was about to say more:

I appreciate your point that everyone tries to engage in money laundering. That’s what terrorists do. That’s what drug company, uh, drug dealers do. And that’s what states like Iran and North Korea have done. The only point I’m trying to make is, should the same rules against money laundering apply to crypto in the way that they apply to banks, to stockbrokers, to credit card companies, to Western Union? And, I think your answer to that is yes, right?

No! It’s not yes. I’m just saying if you know your client rules on both sides of the transaction and use a crypto, such as USDC, that is regulated, you solve this problem, Senator, overnight.

Before promoting her own bill to regulate digital assets, Warren stated that she understood O’Leary’s position that cryptocurrency should be regulated similarly to stocks or bonds.  Warren staunchly  defended her bill,  claiming that “rogue nations, oligarchs, drug lords, and human traffickers are using digital assets to launder billions in stolen funds, evade sanctions, and finance terrorism.”

She maintains that the legislation would guarantee that the same standards apply across similar financial transactions. “The crypto industry should follow common sense rules like banks, brokers, and Western Union. To better protect American national security, the bipartisan bill will help close crypto money laundering loopholes and strengthen enforcement.” 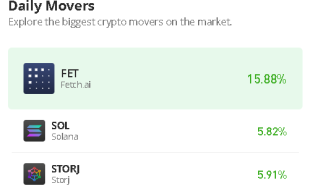