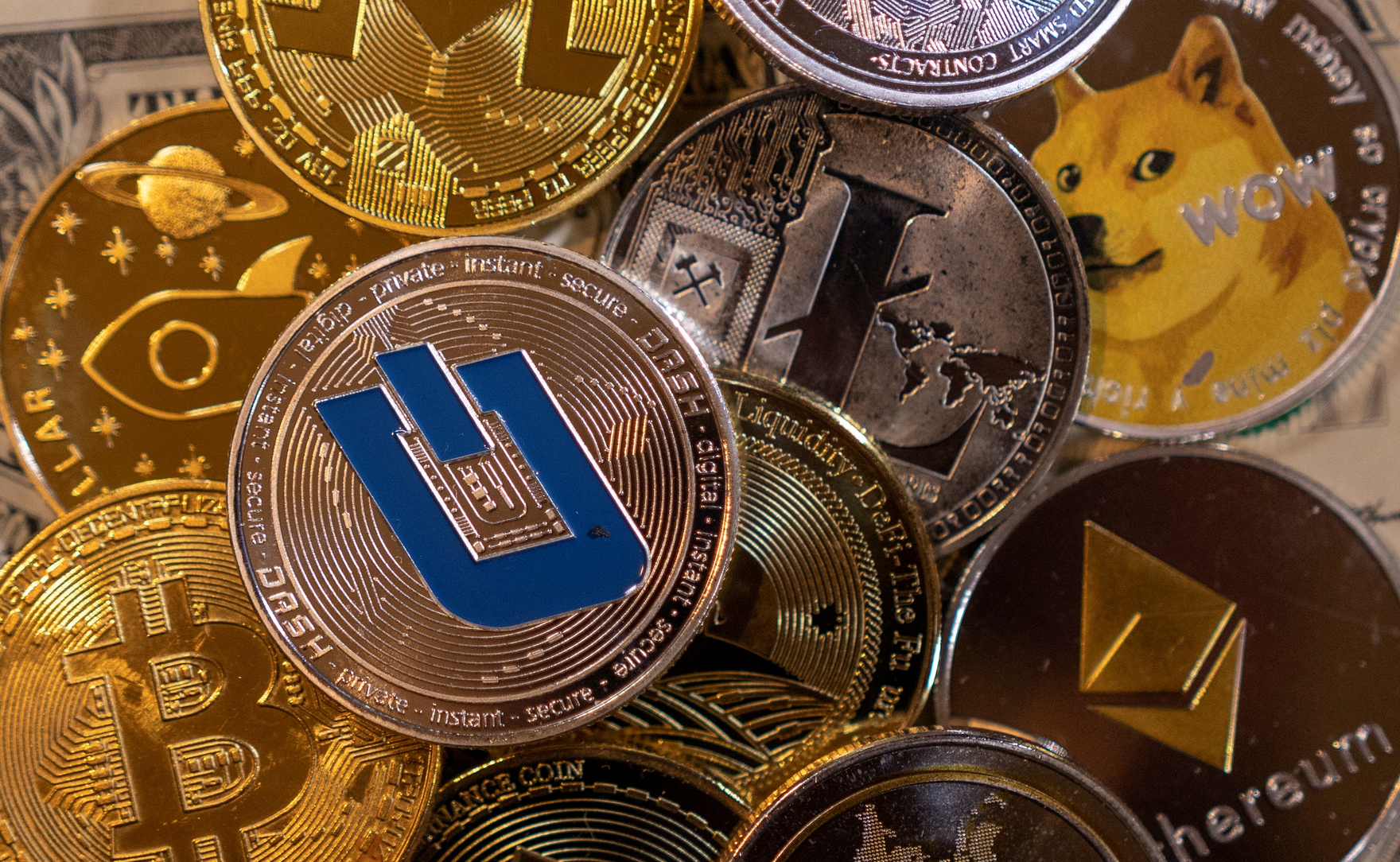 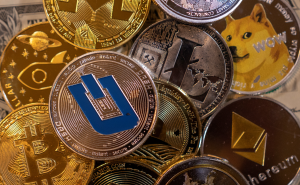 With the last couple of weeks being a completely volatile run for the cryptocurrency industry, investors have been trying to find opportunities to buy the dips. While the introduction of newer projects is still as speedy as before, there has been a considerable decrease in the interest shown by the larger audience; at least for projects that don’t show considerable promise in terms of growth.

Since the 2021 bull run, cryptocurrencies have been a term almost everyone has come to hear of. But while the interest around these digital assets was at an all-time high just a couple of months ago back in 2021, the same can’t be said now. This drastic decrease in engagement can be routed to the economic crisis the world is currently facing. The market crash in 2022, speculation of war, opposition from several government institutions etc are some other reasons.

However, this hasn’t put a stop to the activities of major projects. Infact, some of the top cryptocurrency projects in the space have claimed to be building aggressively. Clearly, this is to be prepared for the next bull run. The crash made certain blockchain companies lay off several workers. But this trend too has been reversing, and there has been an increase in hiring by these companies once again.

Naturally, both sides of the coin have been playing their part in deciding the movement of price. But what would be the ideal time to buy into these assets then? What strategies are used by institutions to ensure that they end up making profits during the bull market?

It is vital to know why all these tokens have dipped to understand this.

Why have the prices of major cryptocurrencies been so low

The market crash following the bull market back in 2021 can be divided into two parts. The fast part was when BTC touched around $61,000 in March. This was when BTC, along with several altcoins were pumping on a daily basis and was pulling in new investors from all parts of the world.

However, a tweet from Elon Musk, who is one of the most influential names in the blockchain space changed everything. His tweet about BTC being overpriced and concerns about the environmental effects cryptocurrencies raised caused the token to plunge in value. This took the token from its then-all-time high to the $30,000 level. However, interest and engagement in the blockchain industry were still at an all-time high. 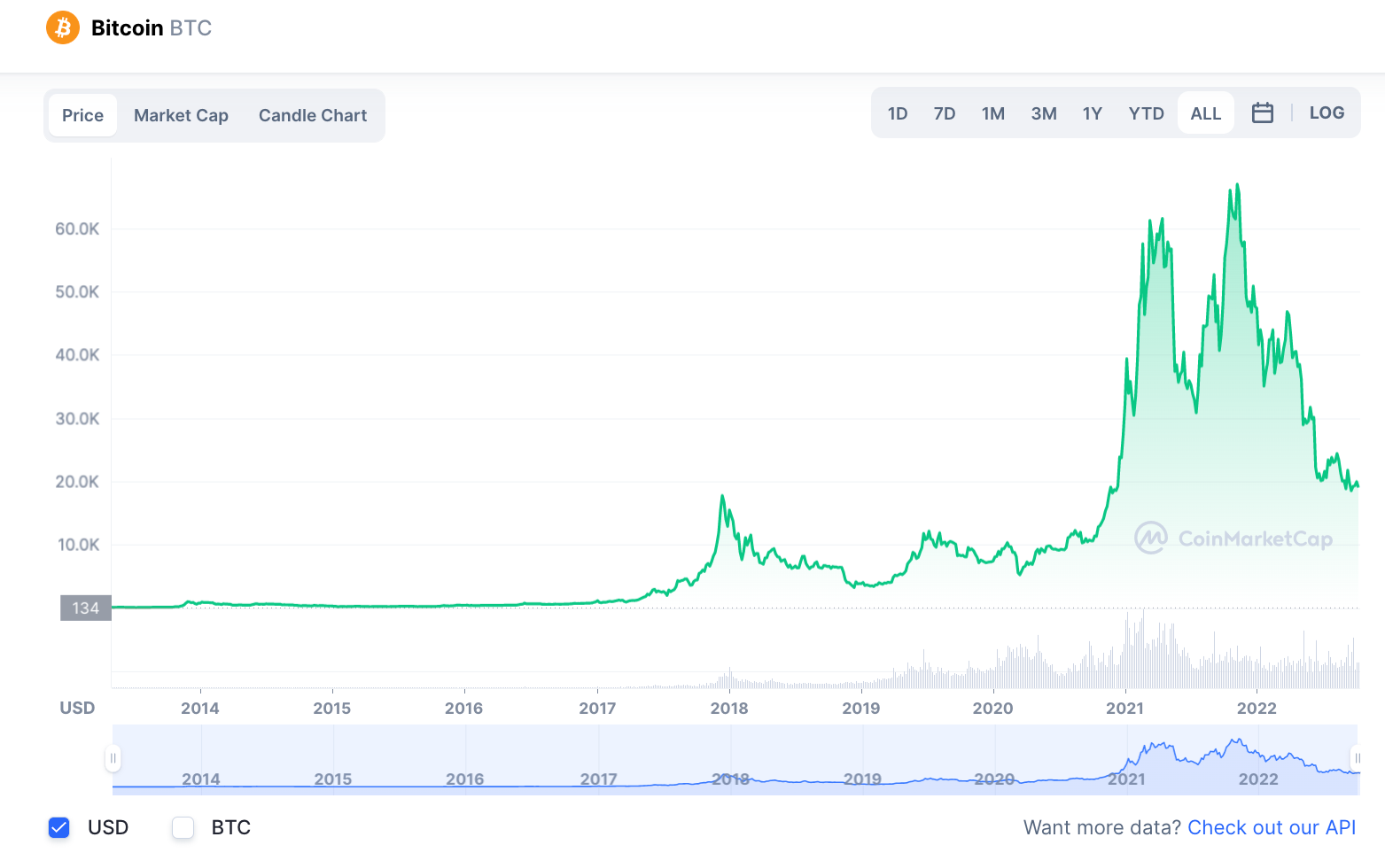 Soon after, the pump continued, exciting investors. This time, BTC managed to achieve its all-time high and was trading at more than $67,000. This uptrend didn’t last long as BTC, along with the entire market, crashed considerably, taking prices as low as $33,000. Since then, the market has seen a downtrend to the current price range of around $19,000.

Is it a good time to buy?

As a question several participants of the industry have been asking, the answer to this cannot be speculated accurately. However, there has been a huge number of experienced traders and finance organizations that claim that BTC, and the entire market in general, may infact, be nearing a bottom. A bottom means, the point from where a reversal of the price trend happens.

Thus, the current downtrend may be likely to change in the upcoming months. Surely, this is not a confirmed prediction, but a culmination of theories based on data and previous price action showcased by these assets. Infact, a very recent article from Coinshares stated that short BTC investment products had recorded sizeable outflows, whereas the actual asset BTC had seen a 4-week long streak of inflows, totalling $12 million. 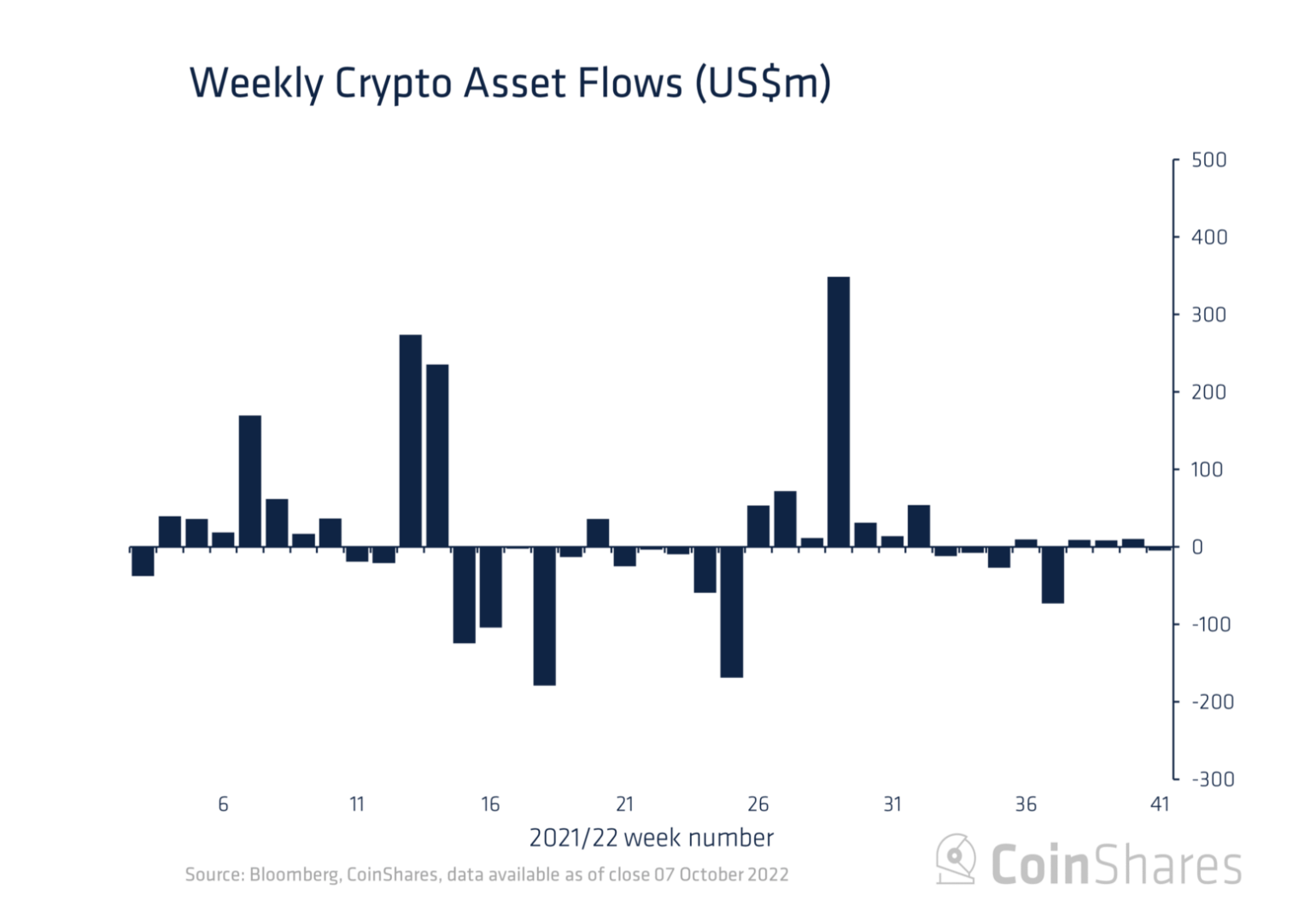 Ethereum, the second largest cryptocurrency in terms of market cap also showed decent interest and bullish sentiments overall. However, it has to be noted that there have been certain hesitancy from investors since the Merge event. This is because investors are aware of the fact that a sudden price increase may be unlikely post-Merge.

In the short, term, as unfortunate as it may sound to investors, it is likely that cryptocurrency prices will remain stagnant or fall even further. However, the continuous building efforts and developments that projects have been aiming to bring forth in the upcoming years, may prove to be highly profitable for those who consider investing now.

Thus, the decision of whether to invest or not completely lies on the ROI goals of the investors themselves. Those looking to generate decent profits in the short term may end up disappointed. However, for those looking to invest to build wealth over a longer period, it may be a great opportunity, as it has been historically to date.

There are several widely used methods of buying not just cryptocurrencies, but any kind of assets in general. However, the highly volatile and unspeculative nature of the blockchain industry makes it necessary for investors to pay attention to price movements of the market at least to a certain degree at all times. 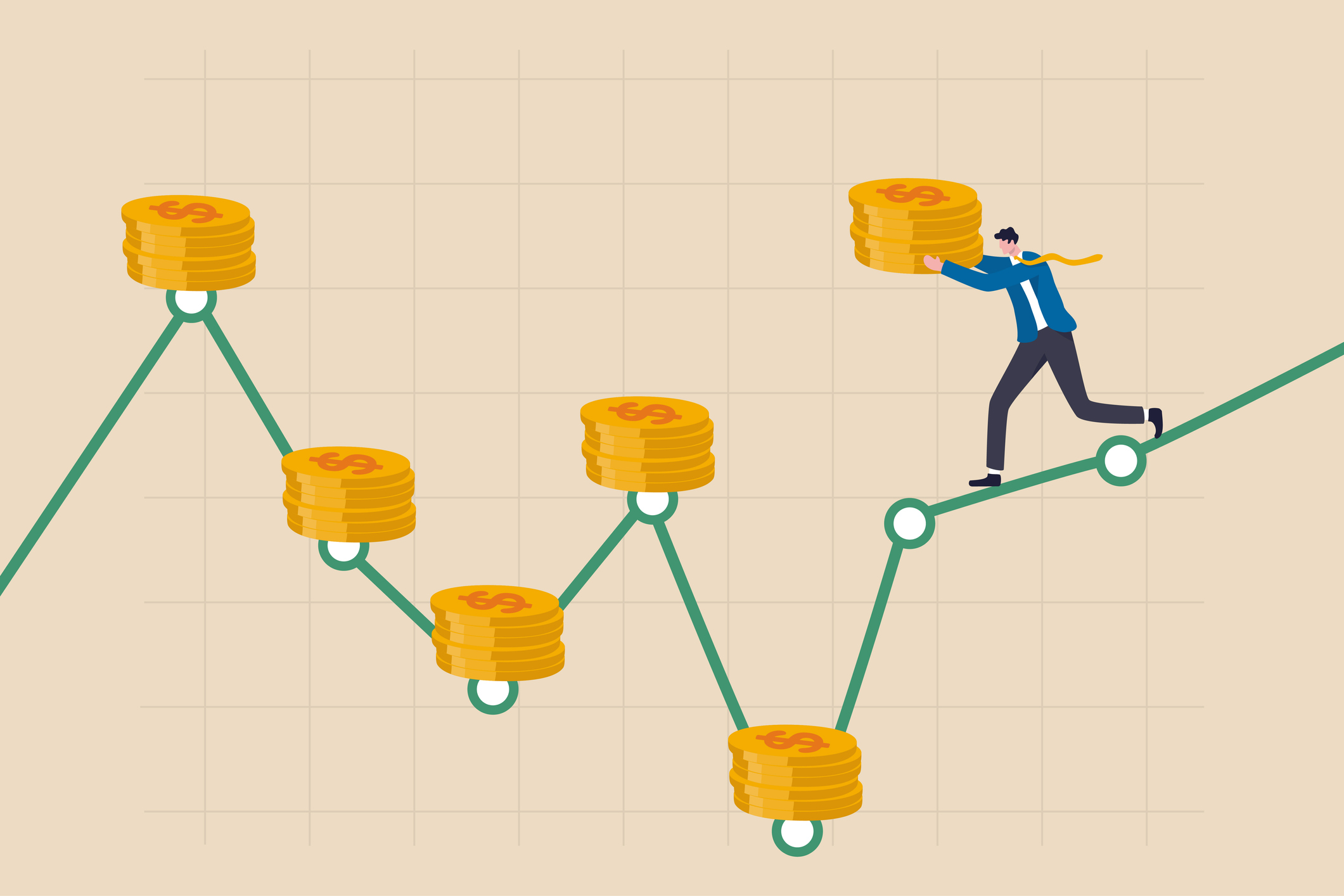 A very simple and time-efficient method of buying is to research a project well, and then buy it every month. This activity can be done regardless of the price. Undoubtedly, this isn’t applicable if there is a chance of the project going under. The strategy used to bring down the cumulative entry price is called DCA. DCA or Dollar-Cost Averaging is a simple method, where buyers look for opportunities to buy crypto at lower prices than they bought before. This way, the entry price of a particular cryptocurrency, though bought several times at higher prices, goes down.

Thus, buying in parts will help lower the entry price while leaving funds at hand. With DCA, investors could also exit with lesser damage in case the project crashes.

What type of tokens to buy?

The 2021 market run affirmed that a bull run may help every category of cryptocurrencies go up. However, there are certain options that are likely to precede the others in terms of growth. Categories like Defi, Metaverse projects and Gamefi have been in high demand despite the current crypto winter.

Memecoins, which became prominent in 2021 might not be among the top options, since these are generally projects that lack strong fundamentals. At this time, it will be the best choice to invest in the types of projects that features a strong and promising set of offerings.

A safer choice would be to invest in larger projects. These projects keep their community updated and continuously build their infrastructure despite the current market conditions. 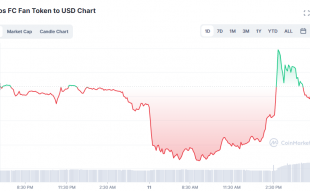 Join Our Telegram channel to stay up to date on breaking news coverage Launched ...