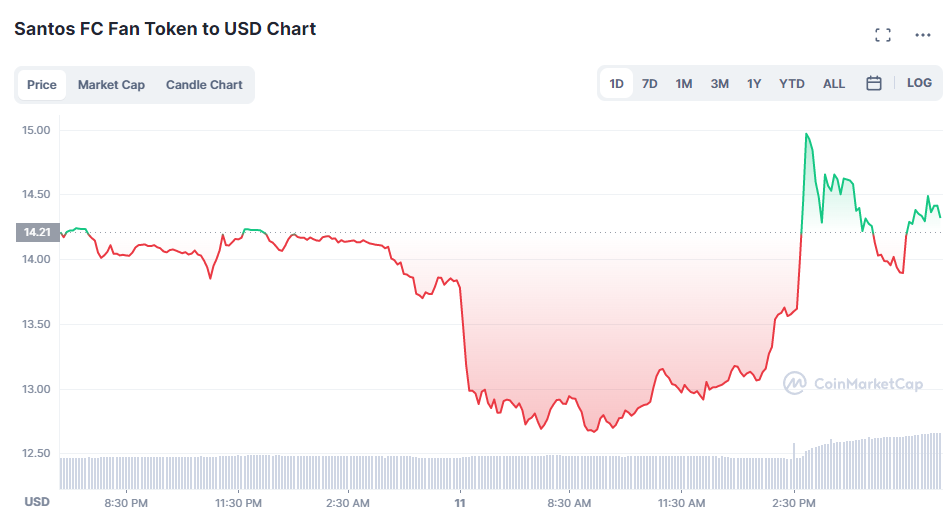 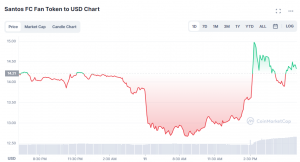 Launched in conjunction with Binance Launchpool, Santos FC Fan Token (SANTOS) is a cryptocurrency dedicated to the namesake Brazilian football club. Santos Futebol Clube, or Santos FC for short, is a Brazilian sports club headquartered in Vila Belmiro, So Paulo.

The epidemic had a significant impact on football teams, prompting the creation of the fan token. The fans were thrilled, and eventually the investors followed suit.

In November of 2021, an official announcement was released on the Santos FC social media platforms to announce Binance’s partnership with the football team. The introduction of the fan token was subject to the terms outlined in the agreement between the parties. Binance is now an authorized NFTs product operator after becoming a licensed sponsor.

Together, the token can reach more people, strengthen ties between the team and its supporters, and draw in new investors to Binance.

Owners of $SANTOS have a voice in the direction of the club and can cast ballots on important matters. Additionally, $SANTOS token holders will be granted access to the gamification process as well as special incentives, privileges, limited and collectible NFTs, and more. Between November 27 and December 28, 2021, SANTOS may be purchased on Binance Launchpad.

Who Started the Santos FC Token?

Santos is well-known for the high level of technique and discipline of its players. The team’s history is littered with legendary athletes like Rodrygo, Pelé and Neymar. In his time with Santos FC, Pelé amassed more than 500 career goals, cementing his status as one of the sport’s all-time greats.

As one of Brazil’s most successful teams, Santos FC competes in both the Paulisto (So Paulo’s top state league) and Brasileiro (Brazil’s top league). The football team has won eight Brazilian national championships and holds the record for most championships won in a decade with 24.

What Is So Different About the Santos FC Fan Token?

Owners of the token can redeem it for digital collectibles, loyalty points, and other perks. The owners of SANTOS employ NFT Santos FC to give back to their most loyal supporters.

Engaging with Santos FC and becoming a part of the club’s community is a major perk for dedicated followers. SANTOS holders have special access to events including training sessions, autograph signings, and meetings with football greats.

Users of the Binance Fan Token platform may access a number of gamification options in exchange for a set number of SANTOS.

Those who wish to prove their allegiance to their favorite team can do so by making a direct donation of SANTOS, for which they will be awarded a special badge.

Sneak Peak into the Future Price of SANTOS Tokens 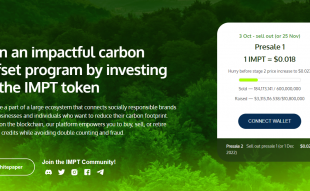 Join Our Telegram channel to stay up to date on breaking news coverage IMPT.io ...