Homenewscrypto is in steep decline yet venture capitalists keep investing 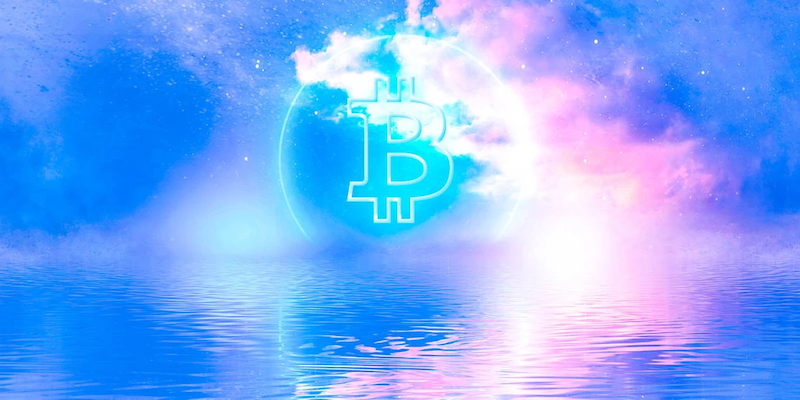 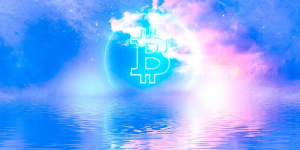 You might be tempted to conclude that the entire cryptocurrency industry is headed for the great Chapter 11 bankruptcy filing in the sky given the contagion and chaos we have witnessed since Sam Bankman-Fried‘s crypto exchange FTX had a sudden multibillion-dollar coronary, and that no one in their right mind could possibly still have faith in it.

However, venture finance still pours in for some fortunate builders even in the bitterly harsh Crypto Winter.

Cryptocurrency venture capital investment has outpaced both fintech and biotech in 2022, a difficult year for all of technology, according to analysts at Pitchbook, bringing in $6.5 billion over the past 12 months, $879 million of which came in the most recent quarter.

We only need to take a quick peek at the recent batch of dull news releases from the crypto business. A $4.75 million funding round for a project named Earn Alliance first comes to sight. A fundraising of $70 million was made for Ramp Network. An additional $15 million was given to Roboto Games, $3.1 million to Burn Ghost for the NFT, and a dizzying $72 million to market leader Keyrock. Even more exuberant plans exist for Animoca Brands to launch a $2 billion metaverse fund, while Jihan Wu-led Matrixport, a crypto derivatives market, is aiming to raise $100 million at a $1.5 billion value.

It’s simple to understand why venture capital companies keep taking these chances. Even in a bear market, VCs are like sharks: they must keep swimming by investing in garbage (sorry, “decentralized technology”) or they will perish. But why do they keep investing their wealth in things that keep failing?

The industry seems to be in a full tailspin everywhere you turn. Recently, Multicoin Capital, Kyle Samani’s formerly brash and high-flying company, had its assets blocked because of exposure to FTX. Some of the biggest explosions were brought on by some of the top investors in the field, including Babel Finance, Three Arrows Capital, and FTX’s own venture arm. Comparing Matrixport’s $1.5 billion value request to the $32 billion valuation formerly demanded by its now-defunct competitor, star-studded startups like Blockstream are writing down their valuations by orders of magnitude.

There is no doubt that all of this has a chilling effect. Every VC firm and project I spoke with claims to be approaching investments with much more caution than in the past. A representative at Coinbase carefully noted that funding had “tightened.”

Meanwhile, Yat Siu, the CEO of Animoca Brands, gave me the enigmatic statement,

Some agreements may not make as much sense as they did a few months ago owing to market circumstances or changes in values.

Paulina Joskow, the business lead for Ramp Network, informed me that she was aware of a number of projects that failed to meet funding requirements and a number of partnerships that fell through at the eleventh hour. Many projects, she continued, only hope to receive a Series B before the VC taps are closed. The CEO of the market maker Keyrock, Kevin de Patoul, reported that he has observed a renewed emphasis on “due diligence”—completely normal in most other industries, but somewhat of a paradigm change in the cryptocurrency space.

However, there are still instances of eight-figure raises and extremely high valuations, much of it coming from the traditional suspects. These are the well funded companies that understand when to take profits and how to control risk. Ripple, Coinbase Ventures, Paradigm, Polychain Capital, Pantera, and the big bad Andreessen Horowitz are among the illustrious members of their ranks. Businesses from the Web3 industry, such Animoca Brands, which is building the upbeat $2 billion metaverse fund, have joined them. (There are a few less well-known experts as well, such as the venture capital firms “gumi Cryptos Capital,” “Argonautic Ventures,” and “Harrison Metal.”)

These companies’ survival was probably primarily due to avoiding exposure to FTX. Despite having invested in the exchange, Paradigm avoided FTX’s FTT shitcoin. (It’s debatable whether that came about as a result of exceptional investment skill or luck.)

However, experience also matters. Siu from Animoca told me that his company has gained a lot of knowledge by experiencing “the considerably colder and more forbidding surroundings” of the bear market from 2017 to 2019. Does this imply that “crypto native” VCs have a greater chance than businesses developed in the more rational financial sector? Remember that Tiger Global, Sequoia, and Softbank were FTX’s major backers, not Animoca or eGirl Capital, the established industry giants. Were those names that weren’t crypto-natives overly moved by SBF’s song and dance?

It’s also intriguing to observe where the post-bubble money is flowing in the absence of all the hype. Since the crisis, many of the venture capital companies and portfolio projects I spoke with have highlighted a prominent and renewed focus on “decentralized” investments.

The several disasters of 2022, according to Chris Perkins of the venture capital firm Coinfund, have further increased his previously held suspicion of crypto firms with excessive centralization. He believes that by avoiding those projects, his company has been able to continue to exist.

Perkins told me, “As we started watching centralized companies come apart, it further reinforced our thesis that we need to stay focused on decentralized technology, and I’m not saying we desired that. He even went so far as to actively remove many centralized investments from his portfolio after the meltdown. (However, he put it in a roundabout way: “We took very careful steps to limit counterparty risk.”)

It is true that some of the funded projects are essential “infrastructure” projects. Bitcoin peer-to-peer lending protocol For instance, Fleek, which hosts digital content autonomously, raised $25 million compared to Finterest’s $1.5 million. Many of the other decentralized projects that have collected funds since the FTX debacle do in fact offer infrastructure for activities like high-stakes, decentralized derivatives trading, albeit they are not all mild-mannered and without controversy.

The “safety” of Decentralization

Decentralized technology is believed to be more transparent and resistant to the kind of financial sleight-of-hand that brought down FTX. (DeFi degens have yelled, “This is why you shouldn’t deposit your crypto on centralized exchanges!” since the FTX collapse.) However, wasn’t Terra a little bit decentralized, the algorithmic stablecoin that attracted support from Coinbase and Galaxy? Furthermore, isn’t a polycule theoretically also somewhat decentralized? Kinda?

It is crucial to keep in mind that “decentralization” is a very broad and complicated concept; it is never absolute and it never fosters absolute trust. Sometimes all it does is let you watch in real time as the fraud “transparently” steals your life savings.

So, it’s important to consider whether the most recent peer-to-peer Marxism token that is raking in venture capital is actually “decentralized” or whether its three developers are simply subjecting each new board proposal to a strange and experimental governance system that is only permitted in Estonia. Be aware that almost all of the “decentralized” businesses I contacted have in-house PR. Would a mempool distribute a pre-written PR line?

Additionally, there are still indications of the previous predilection for crypto esoterica, despite the apparent turn toward decentralization. A firm called Dogami that sells adoptable canines from space just earned $7 million after demonstrating a user base of 200,000. and “Captain Tsubasa,” a classic football manga story from the 1980s, inspired a blockchain game that has already raised $15 million.

By any normal standard, these ventures are not immediately obvious safe bets. They do, in fact, sound very ICO-era of 2017. But VCs continue to support bitcoin.

The creator of Dogami underlined in an interview with hated publication The Block that VCs performed “a lot” of research before parting with their money.

‘Build it and they will come’ is a difficult strategy when there is no demand.

No matter how bizarre, arcane, or even comical a project may be, Siu of Animoca, which was involved in an earlier Dogami fundraising, told me that “you need content in order to create demand. Build it and they will come,” he continued, “is a challenging tactic when there is no demand. Both are necessary so they can support one another.”

Or perhaps it’s the throwback, 2000s-era tech idiocy that these specific initiatives exemplify, which allows them to maintain their toes in the garish and more profitably credible Web2 realm. According to Burn Ghost’s creator and CEO, Steve Curran, the company has “a lot of freedom on how and where we discover our players, and is not purely dependent on crypto market conditions.” Burn Ghost raised $3.1 million and creates casual games with optional NFT awards.

Naturally, no one is asserting that businesses like Burn Ghost and Finterest will become unicorns in the next hour. Crypto’s VC euphoric phase is undoubtedly coming to an end and may never fully recover. But even in these extremely dire circumstances, it’s still amazing how much money there is to go around. 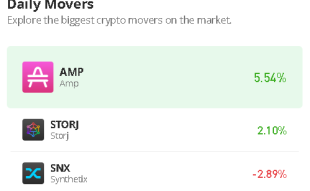