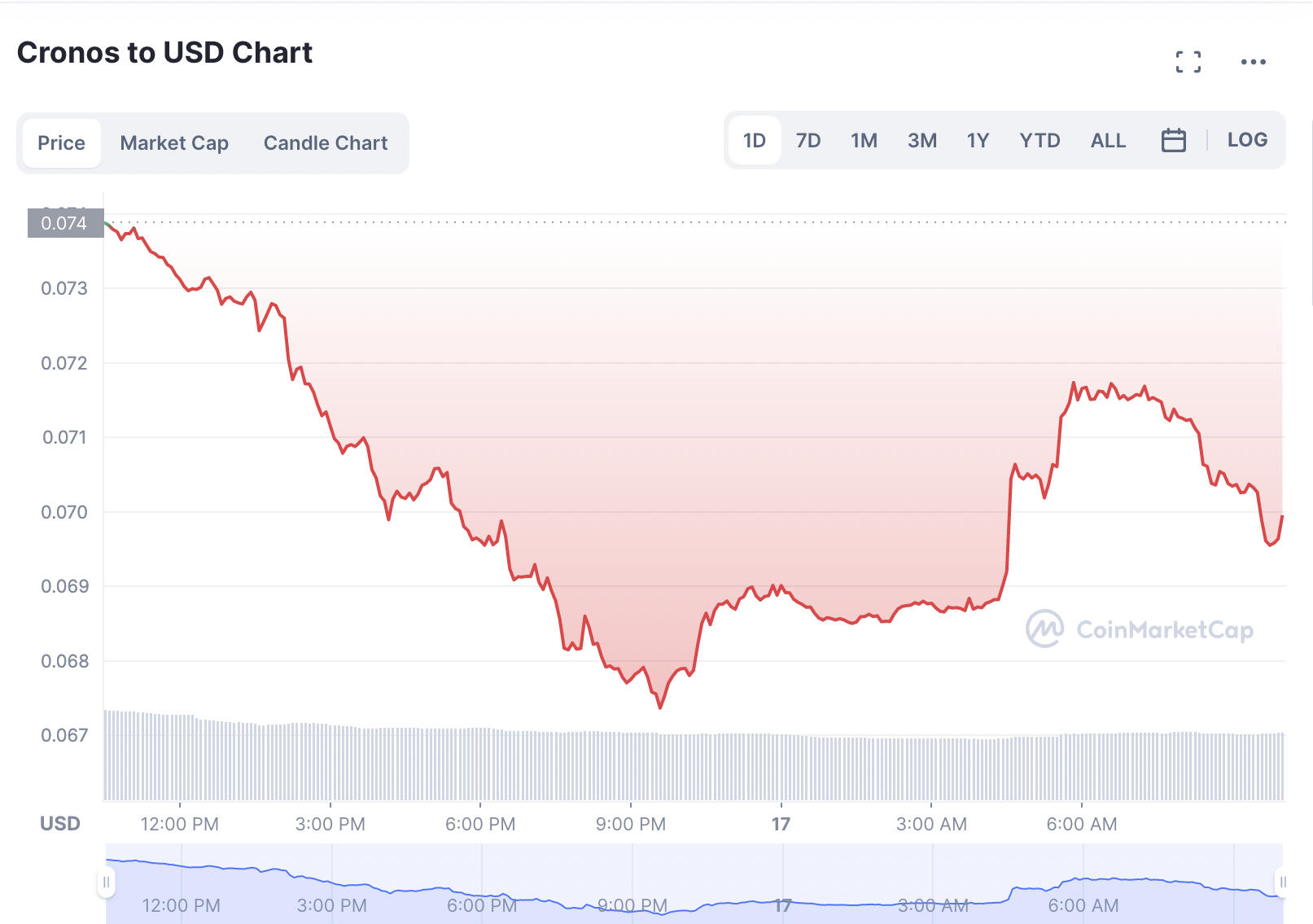 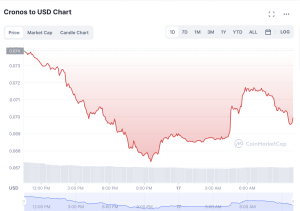 As of the time when this sentence was written, the price prognosis for Cronos remained optimistic. The token CRO had just crossed the $0.069 price threshold. According to Crypto.com, a total of $2.68 billion worth of digital assets are stored in Ethereum wallets and six Bitcoin wallets respectively. The cryptocurrency known as Shiba Inu (SHIB) is more widely traded on the platform than Ethereum (ETH).

According to the information that they have, it possesses $531 million in SHIB, $446 million in ETH, and a CRO token that is worth $80 million.

The data source stated that forty percent of Crypto.com’s assets lacked sufficient liquidity. In addition to this, it reported a bogus asset movement that took place before the exchange issued its proof-of-reserves documents. A total of 210 million USDT and 50 million USDC were removed from Binance and Circle respectively by the exchange in advance of the reserve announcement.

In a tweet on November 13, Binance CEO Changpeng Zhao echoed the worries, adding that it is a red flag if a company has to move a significant quantity of bitcoin before or after disclosing its wallet addresses.

The Chinese trade journal Wu Blockchain stated on November 14 that the crypto.com wallet had transferred around one billion dollars in the form of stablecoins to FTX during the course of the preceding year.

Over the course of the weekend, customers withdrew monies from the site. During these challenging circumstances, the revelation that Crypto.com improperly handled a transaction over $400 million contributed to the worry that many were feeling.

Keeping in these points which caused panic, the value of CRO, the native coin of the exchange, experienced a considerable decrease during the course of the last weekend.

When the discovery of 400 million dollars in Ethereum was made a month ago, the market was taken aback. Investors were unsatisfied regardless of the fact that the cryptocurrency exchange had confirmed that the movement was accidental and that the monies had been recovered from the hacker.

In a November 14 live-streaming session, CEO Kris Marszalek debunked these rumors and addressed current difficulties by saying the exchange has a very robust balance sheet and that customers need not worry about the safety of their money because the reserves of the exchange are sufficient to protect the assets of all of its members.

In addition to this, Crypto.com is working on a Proof-of-Reserves (PoR) that will reassure its customers when it is finally launched in the following weeks. The first Proof-of-Reserves display determines how the almost $3 billion in assets owned by the corporation should be distributed.

A Proof of Reserve that has been subjected to a comprehensive audit, as stated by Crypto.com, offers additional insight into the state of the reserves. In order to confront and refute the charges, Kris Marszalek has stepped out, which has the effect of calming the anxieties of investors. It stopped the Croat versus US Dollar exchange rate from going down any further.

What Does This Mean For Cronos?

The Cronos price forecast for November 16 remained optimistic, as CRO is very close to breaking over the $0.070 price threshold and is almost certain to do so. In spite of this, the 50% Fibonacci level is now functioning as a significant source of resistance close to $0.0765. The price of the pair may reach $0.0822 if a bullish crossing occurs above $0.076 with a support at about $0.067.

The current Cronos price action makes it clear that, at least for now, presale cryptocurrencies such as Dash 2 Trade are less risky endeavors. This utility cryptocurrency has raised more than $6 million is fast heading to conclude all of its presale stages. Invest in it today to become an early mover. 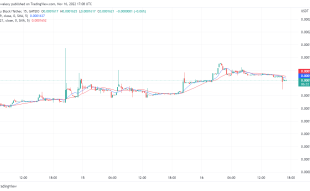