One of the most popular crypto lending platforms, Celsius has reportedly filed for chapter 11 bankruptcy protection. In such form of bankruptcy, the debtor remains “in possession”, has the powers and responsibilities of a trustee, may continue to handle the business, and, with court approval, may borrow new money.

Quite recently, Celsius said it would want to stabilize its business by restructuring in a way “that maximizes value for all stakeholders”. Celsius informed that to support operations in the meantime, the company has $167 million in cash on hand.

Co-founder and CEO of Celsius, Alex Mashinsky, said that this is the right decision for their community and company. He further said in a statement,“I am confident that when we look back at the history of Celsius, we will see this as a defining moment, where acting with resolve and confidence served the community and strengthened the future of the company.”

The information of Celsius filing for bankruptcy comes simply after the company replaced its previously employed legislation agency with Kirkland & Ellis LLP, the same agency that assisted Voyager Digital with its bankruptcy filing within the Southern District Court of New York last week.

On 13th July, Celsius officially paid off all of its decentralized finance (DeFi) debts owed to Maker, Aave and Compound, decreasing its debt from $820 million to $0.013 in a matter of weeks.

What is CEO’s Response?

Alex Mashinsky has not made any public comments about whether depositors will get any percentage of their funds back or not.

After Alabama, Kentucky, New Jersey, Texas and Washington, Vermont has become the sixth state in America to start an investigation into Celsius’s crypto rate of interest.

On Celsius bankruptcy filing, Joseph Rotunda, director of enforcement at the Texas State Securities Board said, “Unfortunately, this was expected. It was anticipated. It does not, however, stop our investigations. We will continue investigating the company and working to protect its clients, even through its insolvency.”

What Went Wrong for Celsius?

With more than 1.7 million customers, Celsius was one of the largest players on the crypto lending space. As of May 2022, the company had more than $8 billion in loans to clients and almost $12 billion in assets under management.

The main reason behind the company’s success is that it was repeatedly earning higher yields than those it delivered to clients. The platform would lend customers’ crypto out to counterparties that are ready to pay hefty interest rates to borrow it.

The company would then split a bit of that yield with users. However, the structure came crashing down during a liquidity crunch in the industry.

In June, Celsius froze withdrawals and transfers between accounts “to stabilize liquidity” as result of extreme market conditions. After one week of pausing user withdrawals, Celsius said that it was maintaining an open dialogue with regulators and planning to continue working with them.

The company suffered a series of severe losses, including over 38,000 ETH and an additional $22 million after it mistakenly forfeited restitution payments from the Badger DAO hack.

In the month of July, the firm was sued by a former investment manager who claimed Celsius failed to prevent risk, artificially inflated the price of its own digital coin, and occupied in ventures that amounted to fraud.

As of now, six state regulators have launched investigations into Celsius. The folding of Celsius marked another big player in the cryptocurrency scene submitting to the turn-in market. 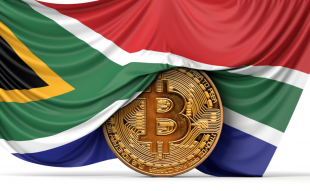