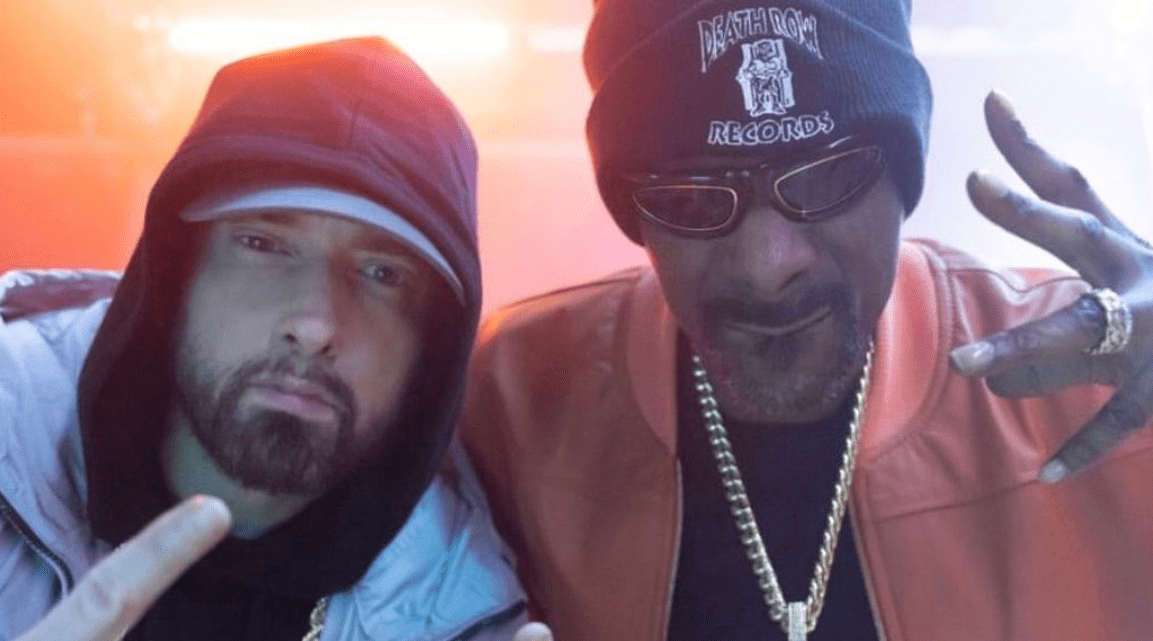 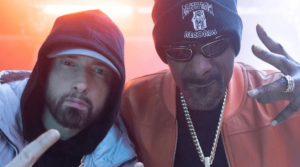 Eminem and Snoop Dogg released a music video this Friday, featuring their Board Ape avatars in a track titled “From The D 2 The LBC,”.

The rappers represented their hometowns, Eminem’s Detroit, and Snoop Dogg’s Long Beach, California, in this music video. And the title too gains its significance from there.

Em’s flow in the music video was very identical to the rest of his songs. Snoop Dogg, however, appeared to pivot from his usual smooth-chill flow and emulate a more Eminem-like flow to keep pace with the artist.

As it can be seen in the video, Snoop Dogg being Snoop Dogg is smoking a marijuana joint, which puts Eminem in some discomfort while recording. Eminem can’t help but hallucinate and keeps turning into his Bored Ape character throughout the music video.

The track has gotten fans incredibly excited, as it’s been a long time since they saw these artists collaborate. The last time Em and Snoop appeared on a track was back in 2000, and haven’t shared one since. The rappers also got into a beef a couple of years back in 2020 which got a few fans concerned about their potential future collaborations.

It didn’t take too long for the artists to reconcile, and they did a year later. Brought to attention in one of Eminem’s tracks Killer(Remix). Addressing the same and announcing the track, Eminem said “Took too long to reconnect with Snoop Dogg – you know we had to make a movie!” in a tweet.

This was the first time the two artists appeared in a solo duet. It’s been a long wait to see these artists, who were both protégés of Dr Dre- the legendary record producer, share a track.

The world premiere of the song was held at the ApeFest 2022- an annual event for the holders of the BAYC NFTs. Most of the lineups in the event, including Em’s performance, were kept a secret. Other big names that performed at the event involved Lil Wayne, Timbaland, Lil Baby, Haim and many more.

Snoop Dogg and Eminem In NFTs

Snoop Dogg and Eminem don’t just have exposure to the BAYC but are heavily involved in the NFT space with each owning a significant number of NFTs.

Eminem’s Twitter profile picture has the same Bored Ape #9055 that appeared in the music video. And Snoop Dogg appears to be posting about an ice cream brand, called Dr. Bombay’s Sweet Exploration, that features his NFT Bored Ape #6723.

Snoop Dogg was announced as the lead investor in Moon Pay- a crypto payment service. Other artists such as Justin Bieber, Bruce Willis, and Ashton Kutcher are also involved in the company.

The singer-songwriter has announced his own record label  “Death Row Records” in collaboration with SandBox and Clay Nation. Moon pay has partnered with Death Row Records with the intention of creating an NFT marketplace. The artist is also known to have invested in multiple NFT-themed restaurants, along with everything else he’s opted to do in the space.

Not just that, Snoop Dogg has also released his own NFT collection in collaboration with Chris Torres which was sold for $35,000. Snoop Dogg also owns a bunch of digital properties in the Sandbox metaverse and has hosted multiple events in the metaverse itself.

On a similar note, the ApeFest 2022 was the second time the BAYC hosted an annual event. It was sponsored by Polygon and was recorded to be one of the biggest events this year. The event featured multiple secret performances every night, along with NFT-themed food establishments.

BAYC is an NFT collection that utilizes blockchain technology and has successfully found a home in the wallets of many popular celebrities. These associations have been lucrative for most, while for others they’ve been controversial. The environmental impact of Ethereum mining is the primary concern raised. 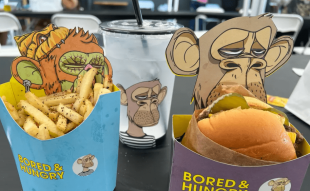 The cryptocurrency industry is presently witnessing a slight collapse, with well-known enterprises either trying ...