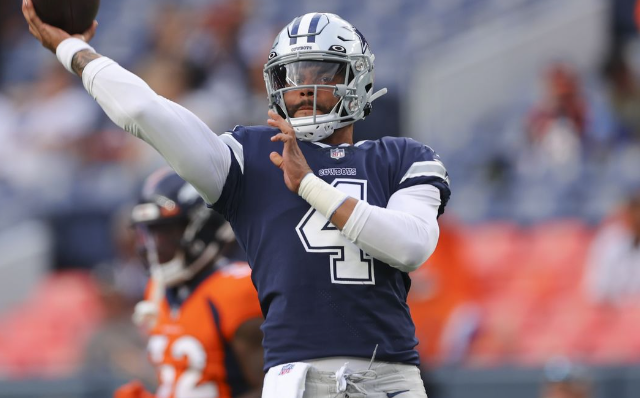 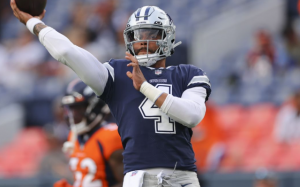 It is always a good day for football fans when their favorite player takes a stand to make waves in the crypto space. This time, it is the star quarterback of the Dallas Cowboys, Dak Prescott.

Blockchain.com has signed up with the Dallas Cowboys Quarterback, a multi-year cooperation agreement to leverage the brand power of the player and widen the exposure of Bitcoin to a wider audience. With this latest relationship will come more appearances by Dak Prescott in media as he tells the audience about the value of Bitcoin and crypto in general.

Now, our international readers might not be privy to who Dak Prescott is. Let us indulge you so that you realize the brand power Blockchain.com has tapped into.

Who is Dak Prescott?

Dak Prescott is a quarterback for the NFL’s (National Football League) Dallas Cowboy. The premiere football club drafted Dak right out of college when he played for Mississippi State. He started by serving as Tony Romo’s quarterback and for the cowboys. But when the starting quarterback was injured, Dak Prescott stepped up to the plate to bewilder the football fans.

Dak Prescott’s accolades in the field are many. His performance on the field has paved the for The Cowboys to win many championships – leading to Prescott being named the “NFL Offensive Rookie of the year”. Many brands started to take notice – Blockchain.com being one of them.

Why Collaborate with Blockchain.com?

Many cryptocurrency brands could have made the cut. However, it was Blockchain.com that stepped up to the plate to help. And the reason is simple. Blockchain.com is the only crypto partner of the NFL club. And with this partnership comes radio and television commercials that will expose crypto to a larger audience. 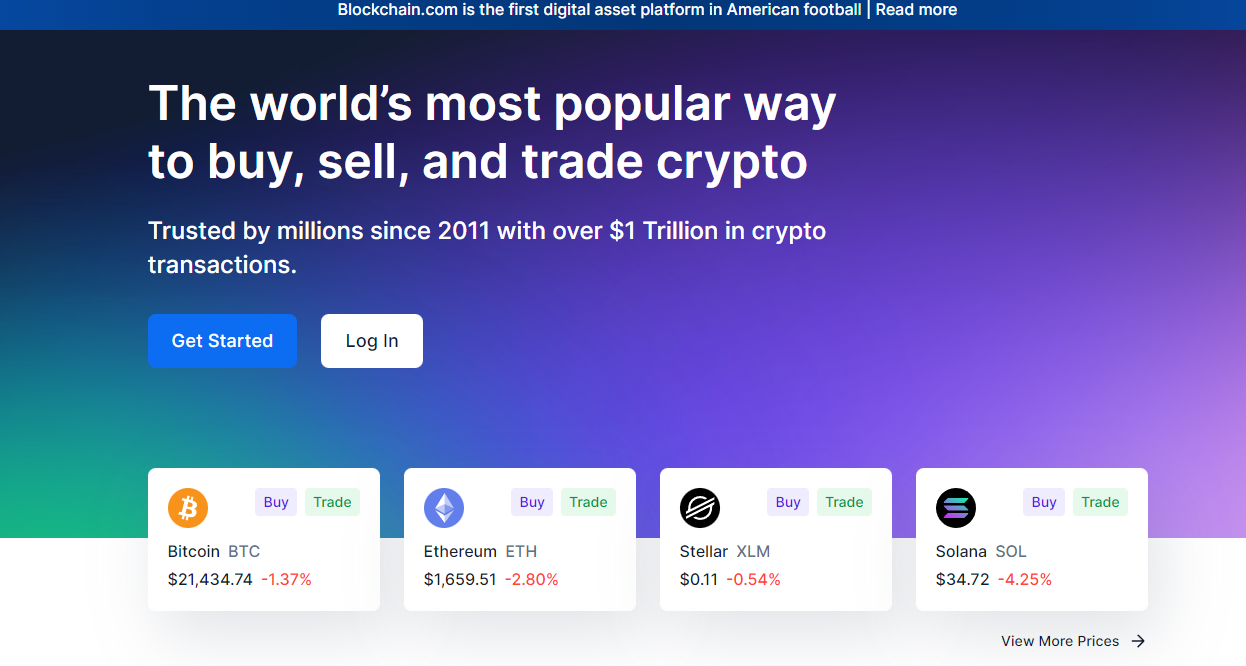 Also, Blockchain.com reaches 80 million customers – comparable to Coinbase, the biggest crypto exchange in America. And there is also the fact that Blockchain.com is Dan Prescott’s favorite platform.

What will The General Crypto Ecosystem Earn from This Collaboration?

Now that Dan Prescott is on board with a multi-year deal, Blockchain.com’s influence will likely rise in many spheres. Sports fans have always been bullish about fan tokens, and with this partnership, more people can come on board. To achieve that higher adoption, Blockchain.com will tap into the power of legacy media such as television and radio advertisements.

Dan will also reach out to its fan base via Twitter, which will likely push Blockchain.com as the platform of choice by crypto fans. There are over 2.2 million followers of Dan Prescott, so the potential for wider adoption is very high.

Blockchain.com is not the first to tap into the power of celebrity outreach to widen its customer base. A few days ago, Binance onboarded football legend Cristiano Ronaldo as the launchpad for the player’s NFTs. But none compares to the extent Crypto.com has one to onboard celebrities.

From making Matt Damon the brand ambassador to spending hundreds of millions in partnerships with major sports federations, Crypto.com has moved beyond all. However, its bullish approach to marketing became a drawback because when the crypto winter arrived, it had to let go of many employees.

Compared to it, Blockchain.com has taken a more traditional approach. It seems that the onboarded celebrity player truly believes in crypto. And because legacy systems such as radio and television will be the primary vehicles for marketing crypto – the adoption rate can increase. 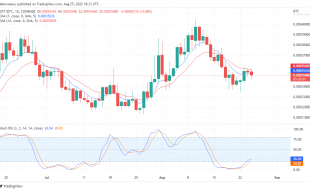 Polkadot May Have Resumed a Downtrend: Tamadoge Remains Upbeat