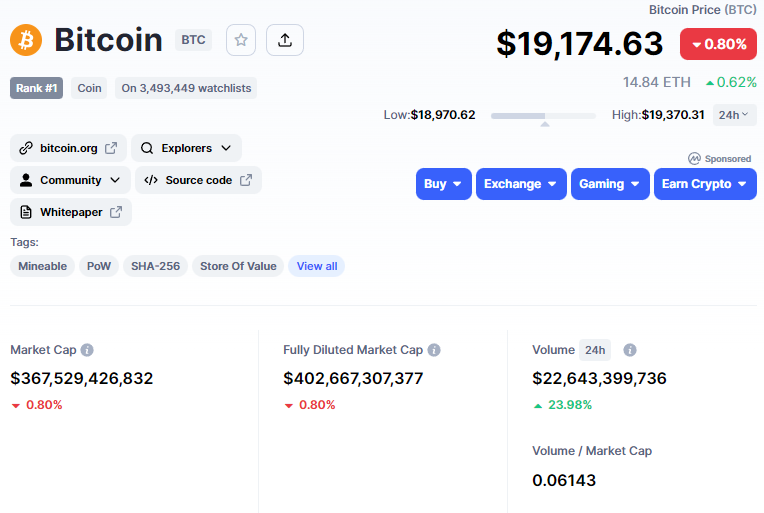 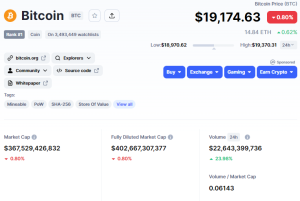 The trading volume of Bitcoin skyrocketed as the British pound weakened to the US dollar and plummeted to its all-time low price. The reasons behind this are tax cuts and increased debts that were announced to restrain the influence of the upcoming economic recession.

It was first indicated by the head of research at CoinShares, James Butterfill, that Bitcoin’s trading volume is rising against the GBP or British pound.

Looking into the stats, Bitcoin’s volume against the GBP soared to $881 million on the 27th of September, an increase of a total of 1,400%. On the other hand, other currency pairs, such as the euro, dollar, and USDT, were in a somewhat similar condition. 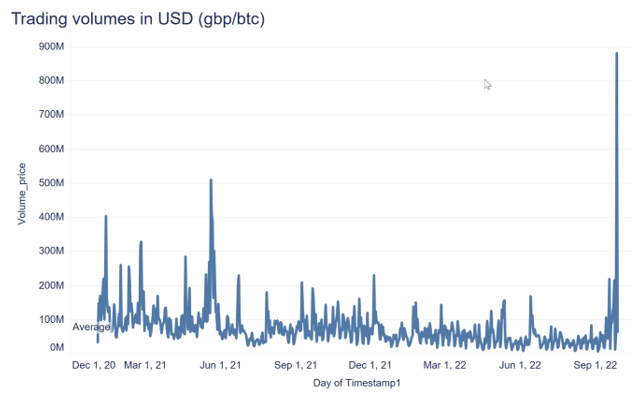 What’s the plan behind the tax cuts?

The government’s plan behind the tax cuts is quite simple. They aim for a better and more dynamic economy that may generate higher tax revenue and curb borrowing.

The tax cut had made the citizens, investors, and even its supporters compare it with the ill-fated 1972 budget, which soared inflation and gave rise to a recession. And why not since it also proposed massive unfunded tax cuts?

Lizz Trust, crowned as Britain’s prime minister a few weeks back, has taken this decision on September 23 and argues this may raise the economy, control the recession, and bring back the UK from its underperformance.

However, contrary to that, soon after the notion was announced, the Brits pound slid by more than 3% and went to its lowest since 1985. To this, the Chancellor of the Exchequer, Kwasi Kwarteng, stated in a BBC interview that there might be more to come.

His remarks made the currency further slide down to the lowest (by 5%), reaching $1.0350 before it recuperated back to more than $1.07. It also raised the fears that it may deteriorate inflation and impair the state finances, which may even put pressure on the central bank.

It is worth noting that one of Kwasi’s predecessors, Nigel Lawson, had also faced high inflation in the late 1980s due to the package of tax reforms.

The GBP, or the British Pound, is one of the oldest fiat currencies active today. Investors can see its sudden as a positive point for Bitcoin.

According to Butterfill, the sudden debacle in the fiat currency price has led British investors to turn to the first and most popular digital asset— Bitcoin.

However, this is not the first time that people are inclined toward Bitcoin or any other digital asset during such times. Even though the crypto assets have not been successful in acquiring a sustained and significant price during their bull runs, some nations or people still favored BTC when their currency tumbled.

For instance, BTC/TRY jumped to its all-time high when the Turkish Lira weakened against the U.S. dollar last year. Similarly, Bitcoin-Ruble’s volume blew up in March when Russia’s currency crumbled following the Western sanctions.

Moreover, Arthur Hayes, former BitMEX CEO, also anticipated in July that the United States might have to dwindle the interest rates again if the international currencies keep on falling against the dollar. He further added that the Bitcoin would go up if we keep on printing more and more money and hence, giving rise to inflation.

However, the question remains the same as to how much impact this downfall will have on Bitcoin or cryptocurrencies. Data from Nomics demonstrates that the US dollar is the leader when it comes to global Bitcoin fiat trading with 89%, followed by the euro and sterling at 3% and 2%, respectively.

The stats clearly indicate the impact on cryptocurrencies may not be significant. However, the fact that the British pound’s catastrophe against the U.S. dollar cannot be disregarded.

Bitcoin has reacted positively to the news and was trading at a price of more than $20K on September 27.

The U.S dollar may be buoyant as of now. But, once the investors or the citizens acknowledge the real potential of the decentralized assets, things may fall in place for cryptocurrencies by leaps and bounds. 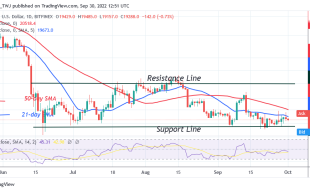